Council member Mike O’Brien unveiled this morning a draft of some changes to the land-use code that he hopes will encourage “backyard cottages” and mother-in-law apartments across the city to help ease the housing crisis.

At a press conference this morning in the backyard of a Sunset Hills home where a backyard cottage (or DADU, for “detached accessory dwelling unit”) is being built, O’Brien unveiled his new legislation.

O’Brien was quick to point out that there is no one thing that the city can do to solve the housing crisis in Seattle; “we’re working on a whole host of solutions,” he said. But despite current regulations that make about 75,000 single-family lots eligible for building a  a DADU, only about 221 have been built in the last five years. 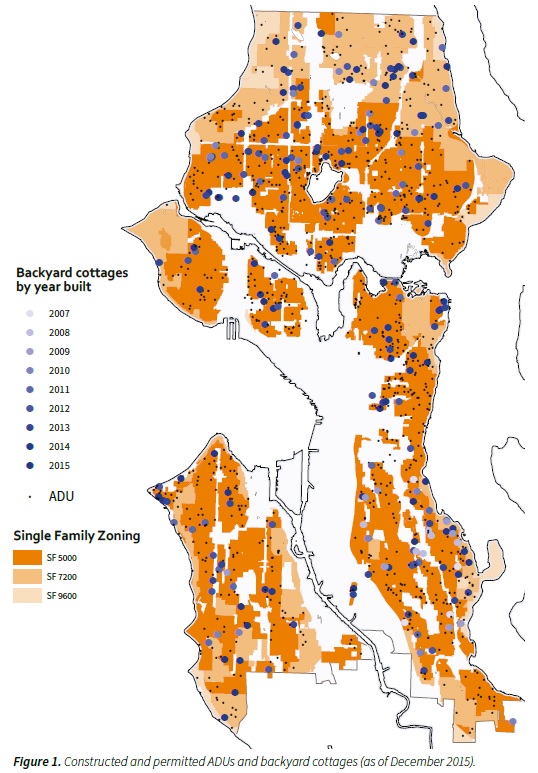 Compared to Vancouver B.C., which has about 10,000 and an equally dire housing crisis, Seattle is nowhere. Our neighbor to the south, Portland, is also “a couple years in front of Seattle,” according to O’Brien. He has been working with the Office of Planning and Community Development to understand the barriers preventing more DADU’s from getting built, and to propose some regulatory changes to remove those barriers. Earlier this year they held community meetings, and they have also had hearings in City Council meetings to discuss the issues. Out of all of that came the 9-point plan that O’Brien unveiled this morning.

The key elements of the legislation:

Changing the owner-occupancy requirement.  Current regulations require the owner to live on  the property, either in the main residence or in the DADU, in order to prevent developers from buying up properties, adding a DADU, and renting both out.  Under the new rule, owners would only be required to live on the property for one year. This won’t prevent both properties from being sold at a later date, but it will prevent DADU’s being built specifically for the purpose of renting out both units on the site. O’Brien explained that he has heard from neighbors that they are not worried about a neighbor who has lived in the community for a while building a backyard cottage; they worry about developers coming in and building with no understanding or appreciation of the community at all. But at the same time, people’s life situations change, and someone who builds a backyard cottage on their property may find at some point down the road that they need to move to a different home, so regulations that trap them in their existing home are a strong deterrent.

Eliminating the off-street parking requirement.  Currently the builder of a DADU is required to add an off-street parking location at the same time (or reallocate one from the main residence if it has more than one). The intent is to prevent a proliferation of DADU’s from creating additional pressure on street parking in neighborhoods where it is already limited. But in practice, this has been counter-productive since it requires adding a new curb-cut for the driveway, permanently removing an on-street parking space.  The parking space requirement also added design work and cost to the DADU project.

Allowing both a mother-in-law apartment and a DADU on the same property. O’Brien and the city have heard some requests for this. But while both will be allows, the practice will still be constrained by some other regulatory limits, such as the total square footage of the lot that can be built on and the restriction to one “family unit” living in single-family zoned properties (a “family unit” is capped at eight people if at least one person is not related to the others). 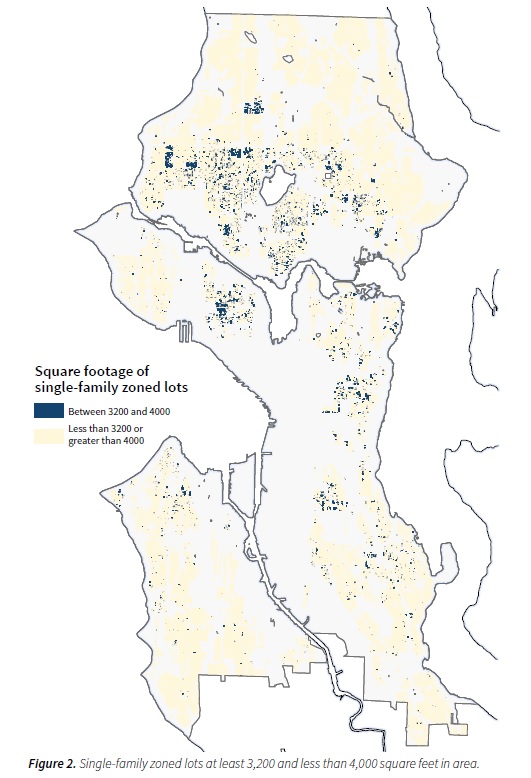 Once again, the other regulations that limit buildable area on a lot might still preclude a DADU if the main residence is large.

Raise the height limit for a DADU by 1-3 feet depending on the style of roof and the width of the lot. This gives builders a little bit more flexibility and more easily allows for loft spaces.

Modify the rear yard coverage limit. Current law limits coverage of a required rear year to no more than 40%, but O’Brien’s plan would all an additional 20% for a one-story DADU, to allow for design of more accessible units for those with mobility impairments.

There are a few more minor points not worth going into. There are also some things that this legislation doesn’t do; for example, it doesn’t attempt to stop DADU’s from being rented out for short-term stays through AirBNB or other “gig economy” marketplaces. O’Brien noted in response, though, that the Council is working on separate legislation to prevent AirBNB rentals from impacting the long-term housing market locally.

The legislation also doesn’t address some of the financial barriers that make a DADU costly: design fees, costs associated with borrowing money, and sewer hookup charges. O’Brien has ideas for all three, though. He hopes that the city might pre-approve certain stock DADU designs that a property owner could simply pull down from a web site and use; since design fees typically run 7-20% of the cost of construction, that could be a significant savings. He also said that he has been talking with a couple of banks about making loans available for DADUs, and that the city and county are negotiating on sewer hookup charges for DADU’s.

These all seem like moderate steps that are unlikely to start a developer stampede, nor to cause new parking headaches or fundamentally change the character of residential neighborhoods. What is harder to predict is exactly how many new backyard cottages will get built because of these loosened restrictions.

O’Brien expects the first conversation on his proposed legislation to happen sometime in July in the Planning, Land Use, and Zoning Committee. His hope is that some day 10% of the eligible lots might have backyard cottages, which would add thousands of affordable units to the housing market.