The City Council held the first of three meetings this afternoon to review and approve the Strategic Plan for Seattle City Light. Ironically, our rates are going to go up unless we start using more power.

Since 2012, SCL has had a Strategic Plan which looks out over the next six years and gets updated every two years. The Council has formed a Select Committee (composed of all nine Council members) to review and revise that plan. They plan to meet three times: today they did a broad overview of the plan; on June 30th they will drill down into specific issues, and on July 14th they will consider changes and potentially vote to approve the final version.

The overview presentation today covered the four key objectives of the plan:

By almost all measurements, Seattle City Light is an incredibly well-run organization. And they have been getting better year over year. 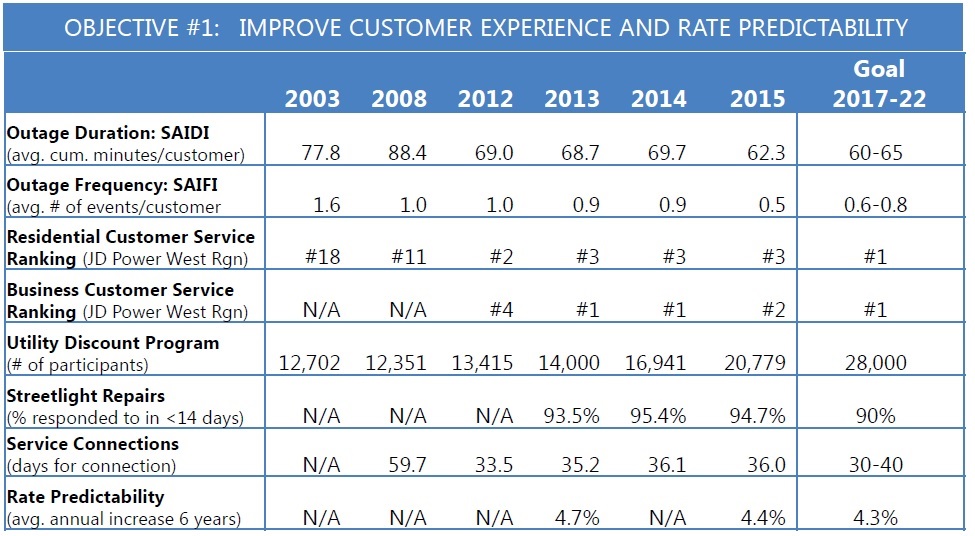 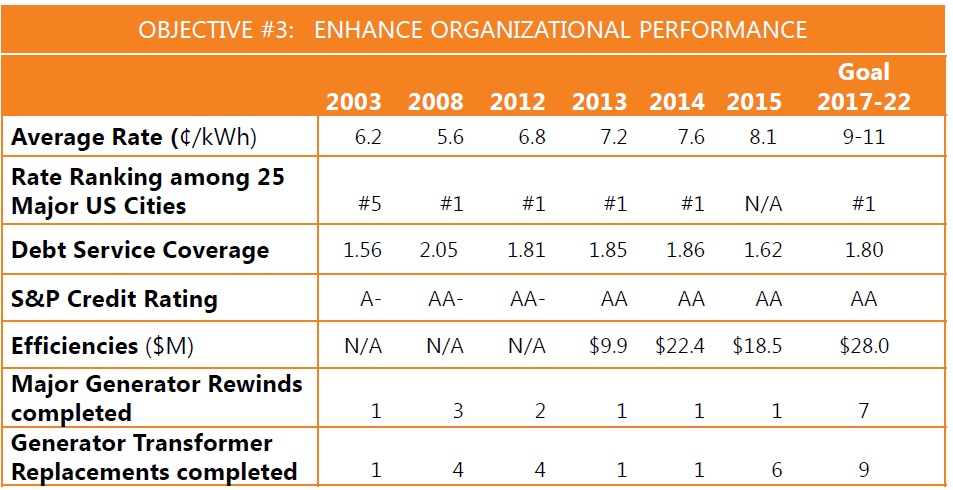 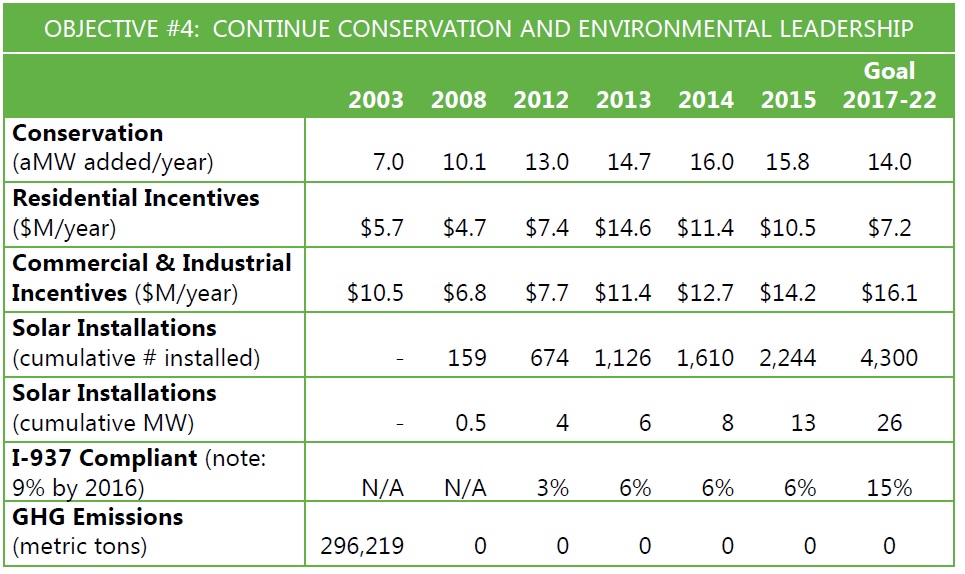 What’s more interesting to look at is their financial forecast. As a public utility, they look at their annual expenses and then pick a retail rate that balances out their finances. 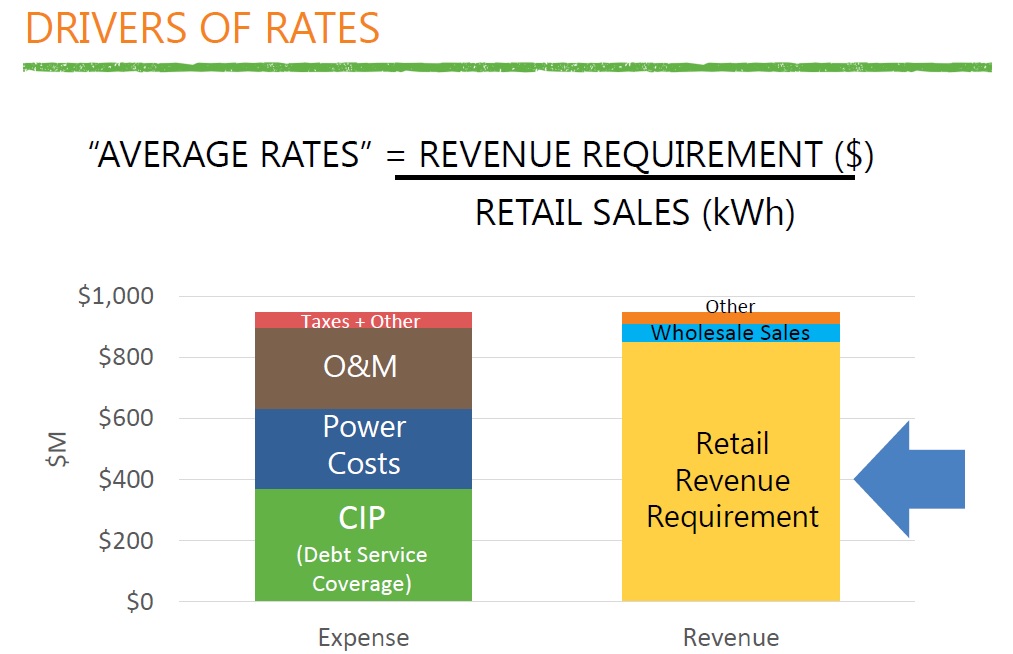 Surprisingly, the cost of power is not the majority of the expenses; the largest fraction is debt service for their capital projects. Second largest is operations and maintenance. A public power utility is a very capital and labor intensive organization; they build power generation facilities and large distribution networks. As the city grows, they need to build more; as the equipment ages, they need to update and eventually replace it.  SCL issues hundreds of millions of dollars in debt (as bonds) every year to provide cash for their capital projects, and then makes regular payments (i.e. debt service) on that debt.  The payments on their accumulated debt are now almost $400 million annually; the god news is that SCL has an excellent credit rating and therefore gets low interest rates on its debt issuance. Nevertheless, the debt service will continue to  grow over the coming years; in fact it’s the biggest source of expense growth. 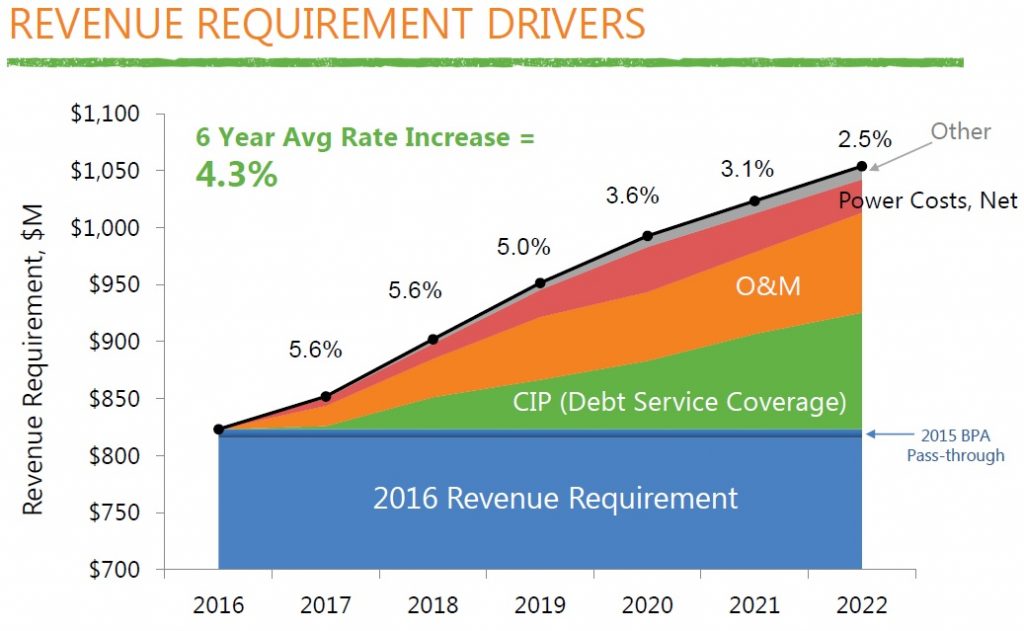 SCL chooses a rate increase for each year that will give them enough revenues to cover expenses. But the rate is only half the equation; the other half is load, i.e. how much power they sell. And the load is going down — despite the fact that the city is growing rapidly. 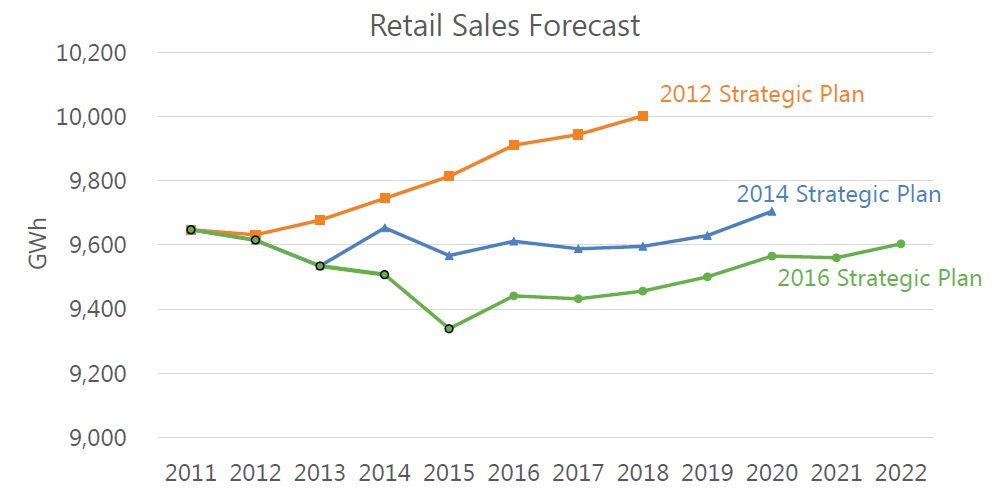 Load is falling mainly because of aggressive conservation efforts. As Council staff member Tony Kilduff said today, SCL spends $45 million every year convincing people not to buy its product. In the long term it’s absolutely the right thing to do: for the environment, for customers’ pocketbooks, and for SCL because it means they have to invest less in new power generation capacity. But since SCL’s revenues are load * rate, as the load goes down the rate must go up.

Their strategic plan has 5.6% increases for the next two years, and then smaller increases further out. They’re doing that because they have committed to low and predictable rates, and they want to hit an average of 4.4% across the six-year period. But to make that work, you’ll see from the above chart that they are predicting load increases starting with a big jump this year and continuing almost every year out to 2022. At first blush, it looks like they’re fudging the numbers by predicting growth.

The reality right now is that reductions from conservation are larger than increases from the city’s growth. At some point in the future, further conservation reductions will become increasingly difficult to find, and the load will bottom out. The question is when we hit that point. That certainly should be top of the agenda for the City Council to drill into further next week, to ensure that SCL’s estimates are honest — otherwise rate increases will be much higher than predicted starting in 2019. SCL needs to show evidence that load really will go up in future years.

The other big question, as Council President Harrell pointed out today, is where the Council actually has flexibility in the budget. The capital improvement budget is long and large (and poorly formatted), and that’s the lever that affects the largest chunk of expenses, so it would be worth it for them to go through it with a fine-toothed comb.

Another topic they will probably want to discuss is the Utility Discount Program. Currently there are 20,000 people signed up, after an aggressive effort this year and a new auto-enrollment system. The Mayor’s goal is to have 28,000 people enrolled in the program, but there are tens of thousands of additional low-income residents who are eligible. The current program reduces SCL’s revenues by $18.9 million; accelerating enrollment beyond 28,000 (which auto-enrollment might easily do) would help a lot of people but could put a significant dent in SCL’s revenues. 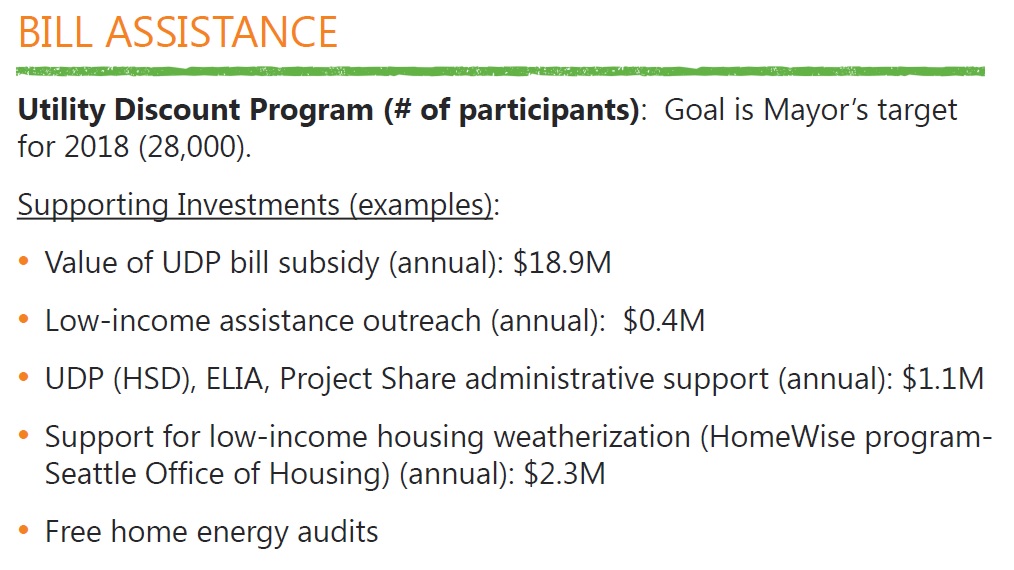 A third topic they might consider would be SCL’s rate stabilization fund.  The fund provides a buffer against  variability in wholesale power prices (SCL both buys and sells power on the wholesale market). It sits at approximately $93 million today; if it dips below $90 million then additional rate increases are automatically triggered to top it back up to $100 million.  But given how stable rates have been for several years, and how much more control SCL has because it generates a larger fraction of its own power, it’s arguable that the fund no longer needs to be that large. 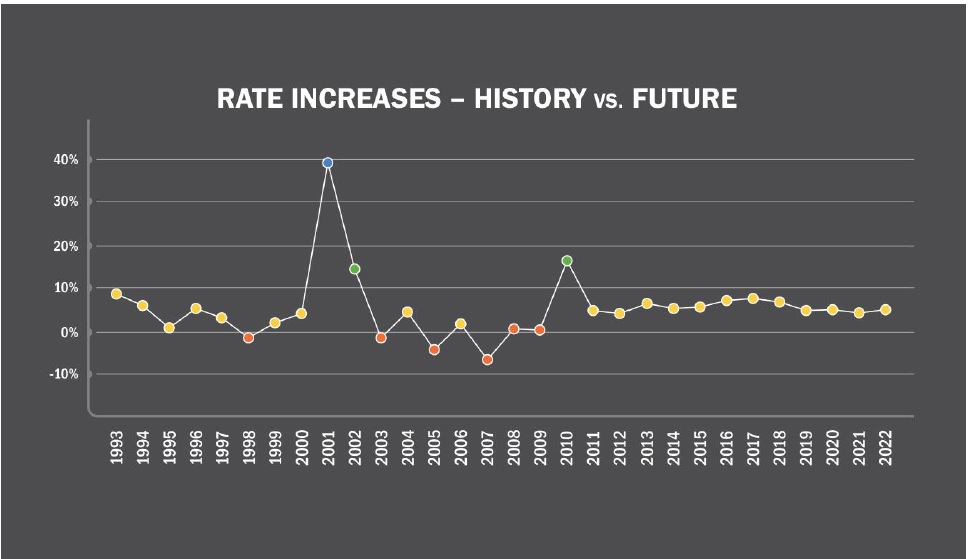 If the fund were reduced, say to $50 million, then that one-time source of extra funds could be used to pay down debt which would decrease the annual debt service and thus reduce future rate increases by a bit.

One of the bigger capital projects for SCL is their new Denny substation; Council member Sawant, the chair of the select committee, asked to hear more about that next week.

You can read a more complete version of the proposed Strategic Plan here.