The first part of the discussion was a presentation by the city’s Office of Arts and Culture, which has been collecting information on existing arts and cultural spaces around Seattle. They have identified 860 such spaces, and tried to survey their operators to understand better who they serve. They admit their survey results are incomplete and far from scientific, however, since just over half the spaces completed their survey, they have no insights as to why the other half didn’t, and not all questions were answered, so they don’t know whether there are unintentional biases in the tabulated results. They do know that their survey questions about the ethnicities served by the facilities lack the proper nuance, though. Nevertheless, they presented some data on who the patrons of the arts and cultural spaces are: 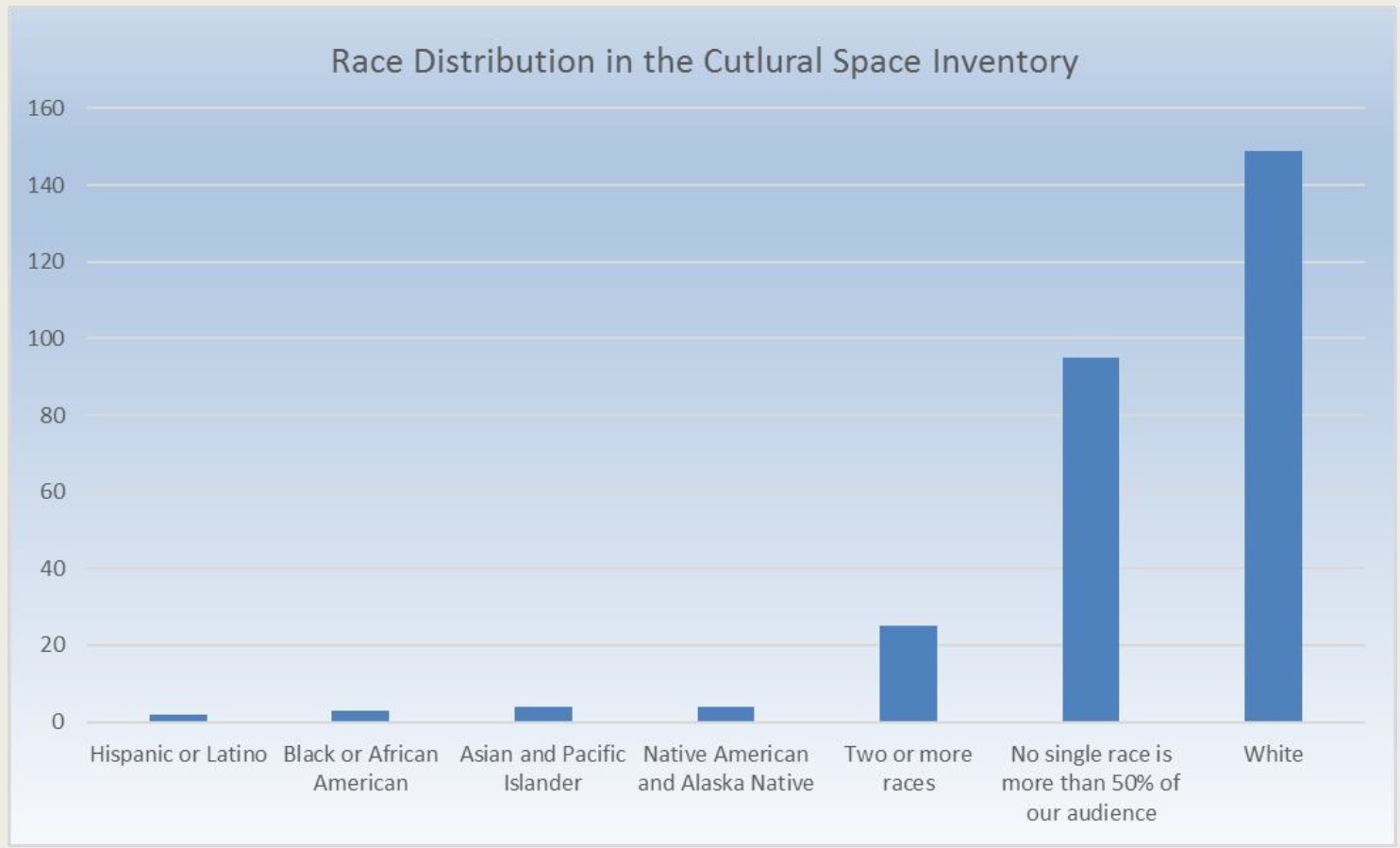 So if the survey respondents are representative of the entire population, then we can take away from this that a significant portion of the spaces are serving ethnically diverse audiences, in addition to the large number of sites serving primarily white audiences (not surmising in a city whose population is more than 60% white).

This turns out to be important context for the second part of this morning’s conversation, in which representatives from the Seattle Arts Commission and the Seattle Music Commission spoke about the letter they (and others) sent to Mayor Ed Murray.  In it, they explain that a tragedy like the Ghost Ship fire could indeed happen in Seattle, and for the same reason: the city’s crisis of affordability for residential, commercial and cultural spaces makes it extremely difficult for people in the arts and culture community to find places to live and work — let alone to keep those places fully up to code.

It would be easy in response to the Ghost Ship tragedy to radically step up enforcement of code compliance in arts and cultural spaces across the city (like Denver is doing), but given the cost and complexity of doing so, that would likely result in the closing of many of them. Further, there’s a good chance that it would have a disproportionate effect on those serving ethnically diverse audiences.  The survey done by the Office of Arts and Culture asked how “stable” the spaces’ operators felt, meaning how confident they were that they would remain in that space for a reasonably long period of time. 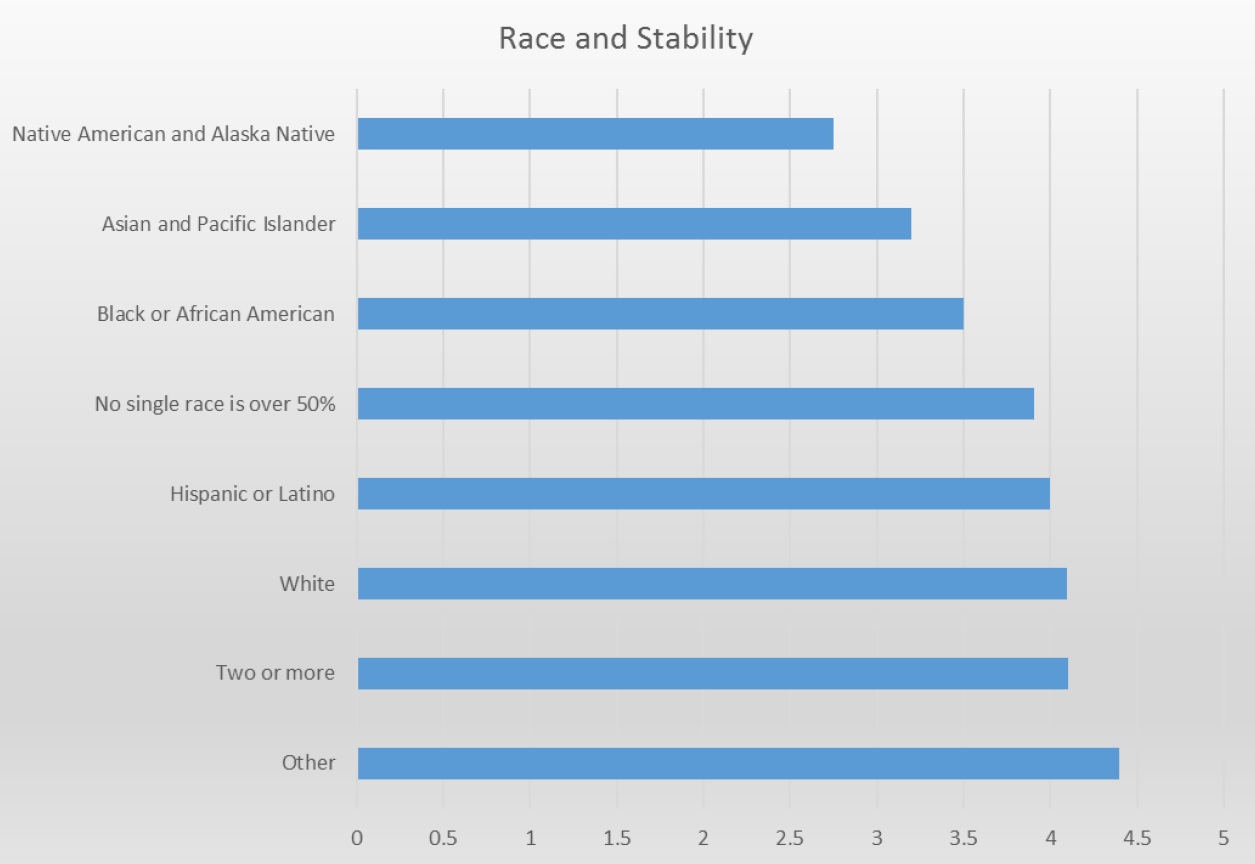 The city was surprised at how positive the results were overall (especially given that survey results of this type tend to be negatively biased), and yet even with incomplete data there is still a difference by race of those served by the venue.

It’s reasonable to believe that there is a strong correlation between the “stability” of arts and cultural spaces and their financial ability to not only continue to reside there but also to keep compliant with building and fire codes. In other words: stepping up enforcement of codes will lead to closing some spaces, and evicting tenants — with the most financially vulnerable being most likely to get evicted.

But the flip side of this is that the codes are there for a reason, and the Ghost Ship tragedy speaks most clearly to that reason: it’s a life-safety issue not just for the occupants but also for surrounding businesses and residents. So then the question becomes whether code compliance needs to be all-or-nothing, whether either a space is full up to code, or it’s closed down and all the occupants are evicted.

The letter from the Arts and Music Commissions argued against the all-or-nothing approach:

We recognize the urgent need for safe and affordable housing, workspace, and gathering space. As we bear witness to a rash of evictions of warehouses in other cities following the Oakland tragedy, we emphasize that reactionary shutdown of essential community spaces is not an appropriate, sustainable or equitable response. Even when the intention is to protect the public by  preventing imminent catastrophe, eviction creates another emergency: the violence of displacement …

… Venues are not “safe” or “unsafe” – they are more and less safe along a spectrum. Thinking of safety as a spectrum, instead of a binary state, will bring our efforts to ensure safety in line with the world around us.

In their letter, they make several constructive recommendations on how to move forward, including:

The Mayor responded to the letter, asking his staff and city departments to work with them on addressing the recommendations.

Council member Herbold, chair of the Council committee hosting the discussion this morning, was very supportive of the notion of moving away from the “all or nothing” approach to code compliance by distinguishing between “life safety” issues and lesser violations, and offered to facilitate conversations with city officials by convening a “stakeholder group.” One challenge they will face, however, is how to do that without changing the standard for developers, residential and commercial landlords, and business operators. For example: last summer the City Council passed a new ordinance delaying rent increases for residential properties that are not fully in compliance with building codes; if the city relaxes its enforcement of those same codes in arts and cultural spaces, does that create a legal precedent for landlords to challenge the rent increase ordinance as an arbitrarily enforced standard? There are bound to be other land mines in the way to finding a good solution.

There was agreement all-around that the city’s arts and cultural facilities need to be safe: no one wants to see a repeat of the Ghost Ship fire here in Seattle. But it’s also recognized that those same facilities are critical to Seattle’s cultural life and identity, and a draconian approach to code enforcement that puts many of them out of business is also not in the city’s best interest.