The process of defining this benefit began almost a year ago, when on March 30th last year Council member Lorena Gonzalez published a schedule for developing the legislation. In July, after several hearings and much work behind the scenes, she and the Mayor announced details of their plan, as part of a larger workforce equity strategy (here’s my analysis from last summer).

It was supposed to be passed in September and take effect on January 1st, 2017. Clearly that didn’t happen; apparently it took longer for the City Budget Office to model it, and for the city to negotiate the terms with the unions that represent city workers. A sticking point with the union likely was the requirement to draw down a certain amount of accrued sick leave before the full 12 weeks of paid leave can be accessed.To address the tardiness of the bill, the city is making it retroactive back to the beginning of the year. 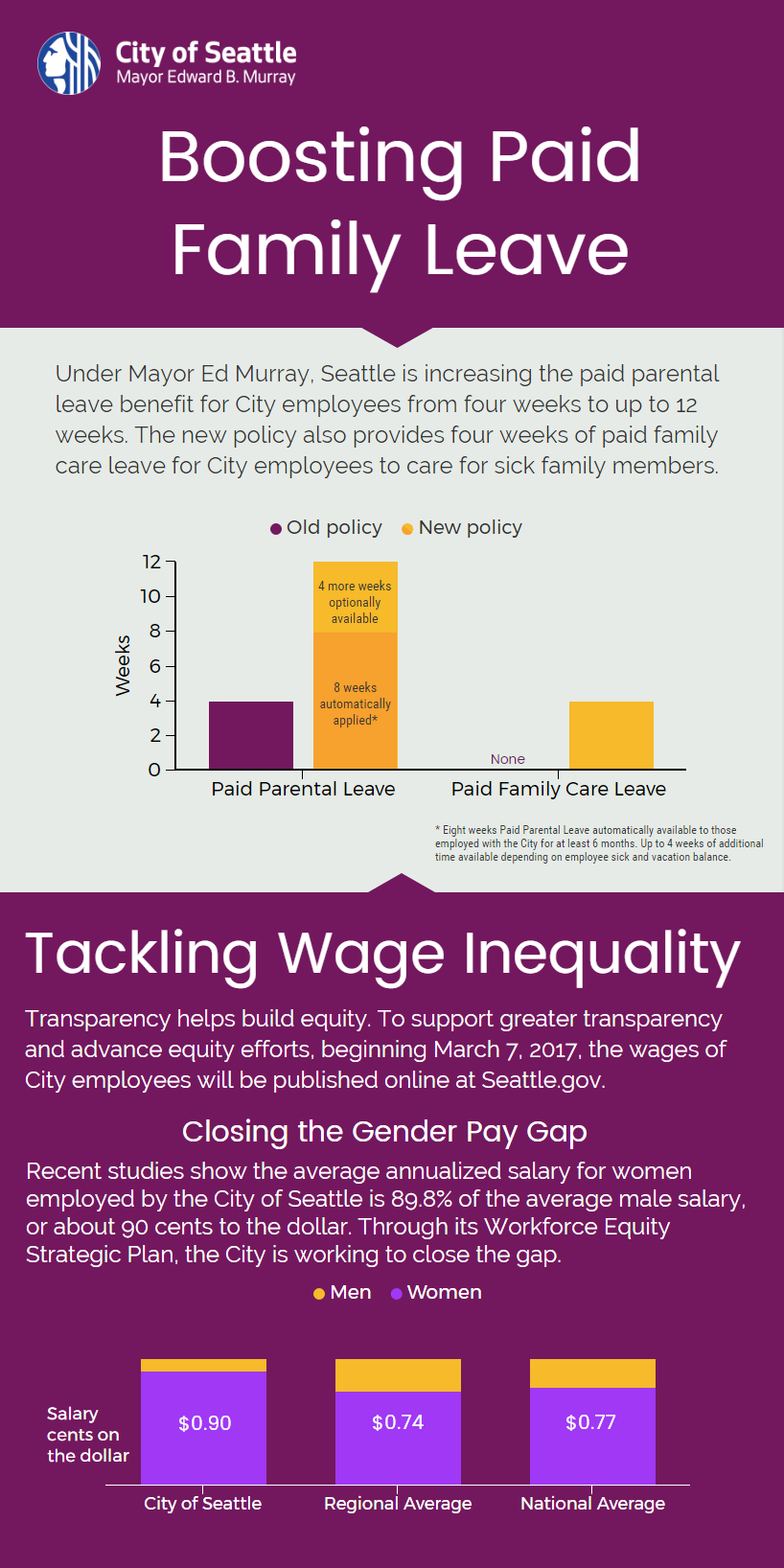 From the press release, here is a quick summary of what is in the legislation:

In an unusual move, the bill (co-sponsored by all nine Council members) was introduced directly to the full Council, skipping the committee process altogether.  It is expected to cost the city an additional $3 million annually. Last fall in the budget process, the Council set aside $1.5 million for this purpose in anticipation of the ordinance being adopted, so the city may have to move some money around later this year to cover a potential shortfall ($1.5 million is small change in the city’s budget).

Not surprisingly, the bill passed with an 8-0 vote (Council member Juarez was absent today).

With this in place for city employees, Council member Gonzalez will likely turn her attention to the next step: securing paid family leave to all workers in the City of Seattle.