On Wednesday the Council got a briefing on a project that’s been brewing for almost fifteen years: filling in the “missing link” of the Burke-Gilman Trail in Ballard. 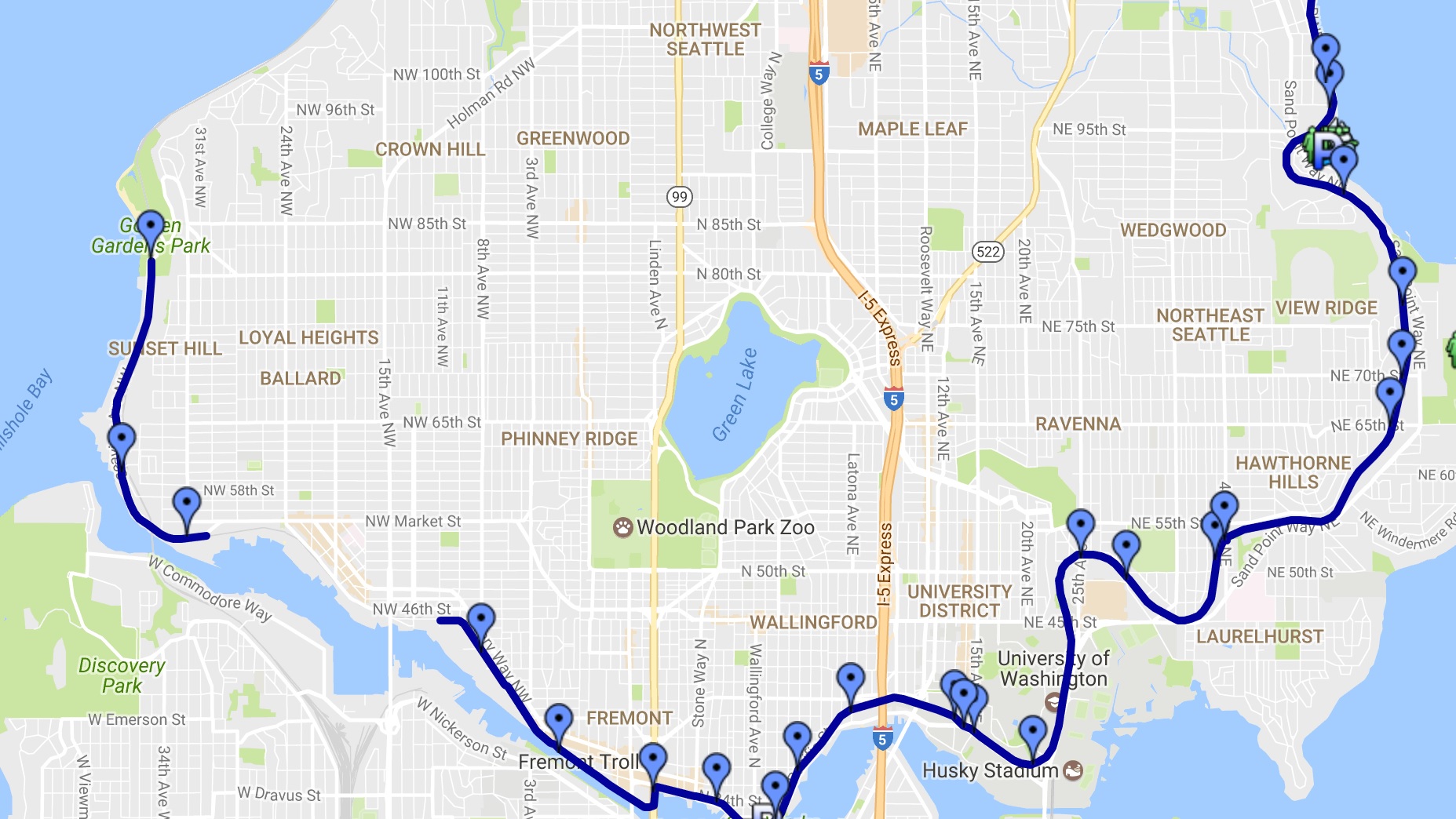 The problem is immediately obvious in the map above: a missing section in Ballard to connect up the two existing sections. In 2003 the City Council passed a resolution to authorize building a trail section to fill in this gap. Unfortunately, it needed to be built through an already-developed industrial area. It took until 2007 to get the first environmental determination on the project. 2008 through 2012 were spent in a series of legal appeals, culminating in a ruling by the Hearing Examiner that SDOT needed to do a full Environmental Impact Statement. In 2013 they began scoping for the EIS, and in the summer of 2016 they published a draft. Since then they have received over 4100 comments on the proposed project.

The draft EIS specifies and evaluates four potential routes through the area: the four colored lines on the map below. 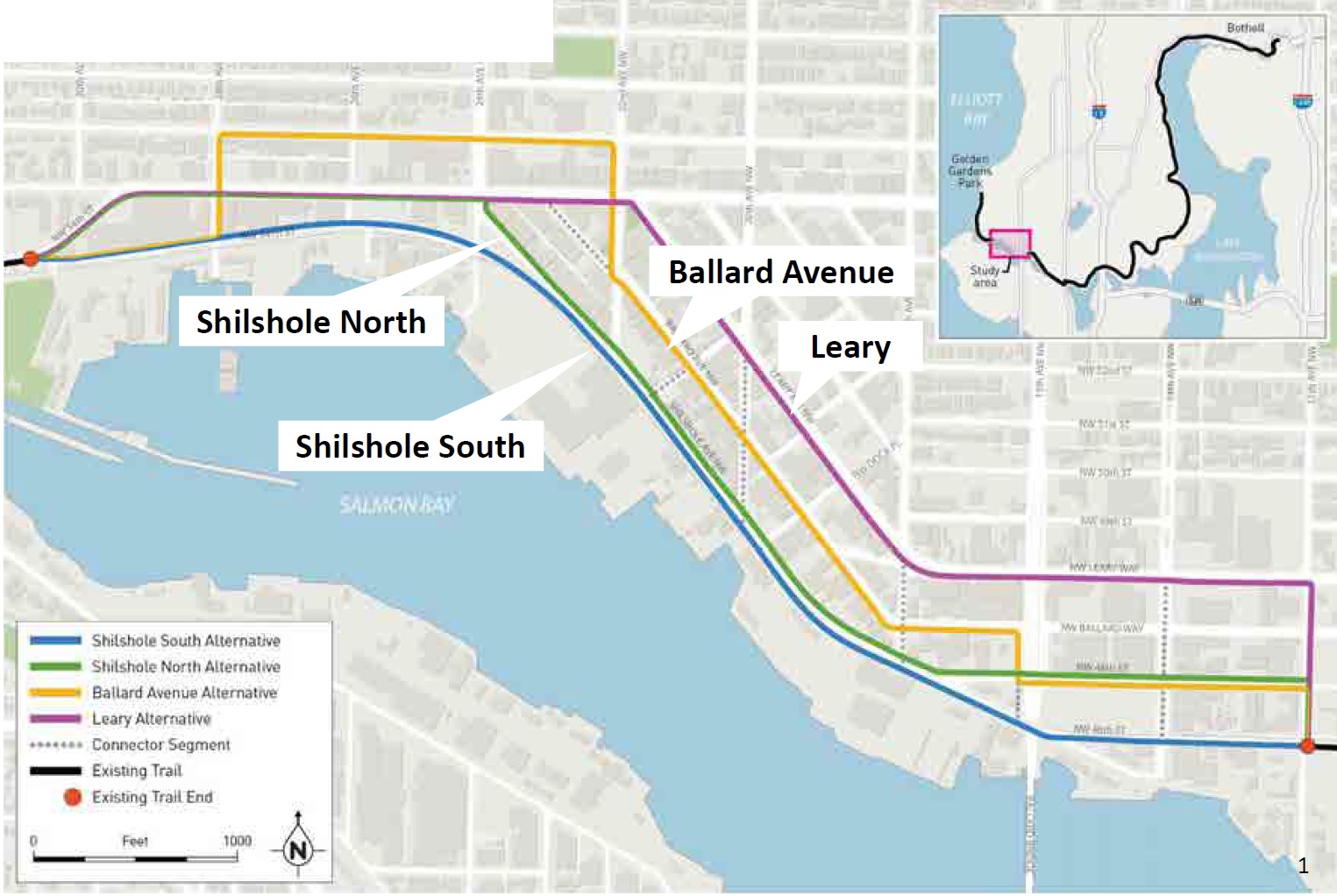 Based on feedback and further analysis, SDOT has narrowed it down to two possible routes: the “Shilshole North” and “Shilshole South” options. The other two were eliminated in order to optimize for the directness of the route, the flatness of the trail, and the least number of street intersections.

SDOT officials walked the Council members (O’Brien and Johnson) through the two options in great depth (watch the video here — I won’t try to recap it).

SDOT is still gathering data, and looking at the impact that each will have on driveways, businesses, and the users of the trail. They expect to pick a preferred path in the next few weeks, then take a couple more weeks to draw up a cost estimate ($31 million is in the Capital Improvement Plan as a wild guess).

O’Brien and Johnson were excited to see the project finally moving forward. O’Brien is so excite,d in fact, that he encouraged SDOT to look at ways to do it in phases so some of the currently most dangerous parts — like the crossing under the Ballard Bridge — can be done sooner.

Here’s the full slide deck from the presentation, with lots of detailed maps.