This afternoon, the city announced its preferred path for a trail to fill in the “missing link” of the Burke-Gilman Trail in Ballard.

Two weeks ago the Council heard a presentation from SDOT on the remaining candidates as they were closing in on their final choice.

The recommended path is a combination of the “Shilshole North” route west of 24th Avenue, and the “Shilshole South” route east of 24th. Specifically, it would run along Market Street from the Ballard Locks to 24th, then switch over to the south side of Shilshole Avenue until it reaches NE 45th Street. The trail would then run along 45th until it connects back up with the existing Burke-Gilman Trail. 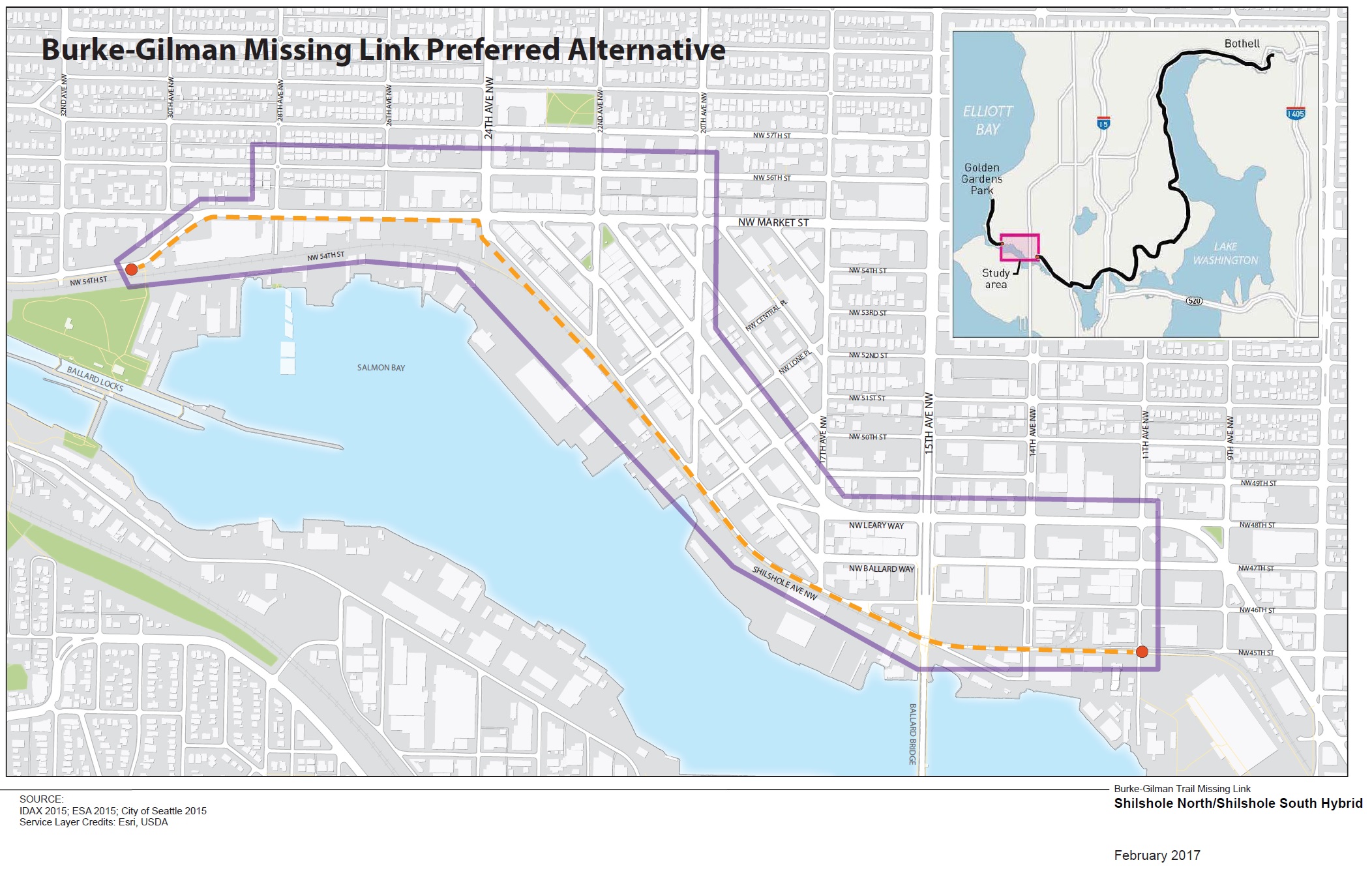 The announcement today also notes that the existing trail under and east of the Ballard Bridge will be improved; it’s well-known by users of the trail as a particularly treacherous section.

The city expects to complete the final Environmental Impact Study in May, and can then begin in earnest the detailed work, in cooperation with neighboring businesses and residents, of planning how the trail will cross driveways and intersections along its new path.

Council members Mike O’Brien and Rob Johnson expressed their happiness with the proposed path for the trail.