Last week a new report came out on AirBnB’s “home sharing” business, and it questions the view that the company is about sharing that extra room in your house.

The study was commissioned by the American Hotels and Lodging Association, which clearly has an issue with AirBnB in that it sees it as a competitor for hotels that evades the regulations and hotel taxes that hotels are required to abide by. So it’s no surprise that the study results reflect poorly on AirBnB.

Nationally, they found that about 64% of AirBnB hosts are renting entire homes, versus 36% renting out that spare room or mother-in-law apartment. Entire-home rentals represent 81.1% of total revenues. 7.1% of hosts are managing multiple homes, representing 32% of revenues. 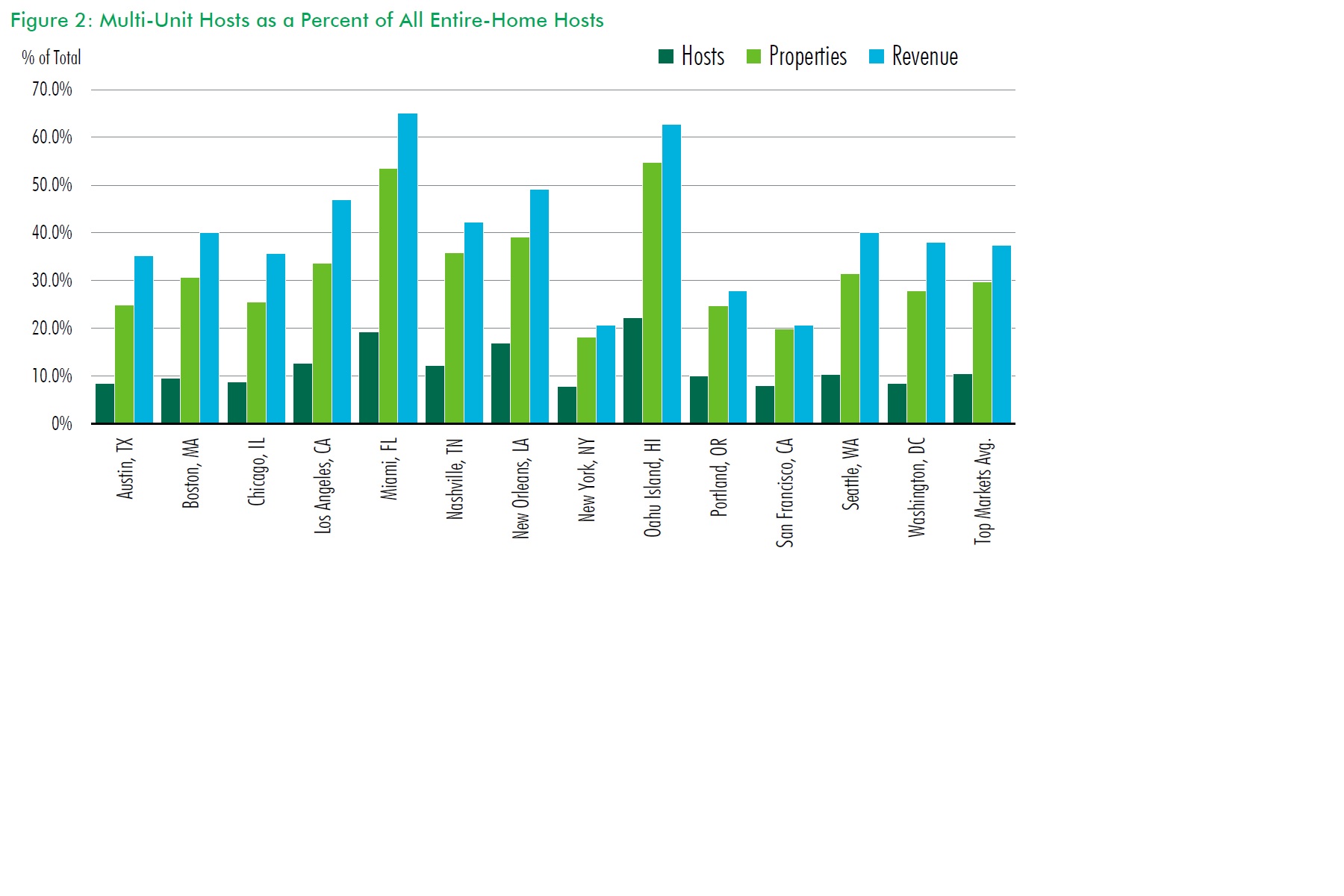 What’s particularly concerning is that growth of multi-unit hosting is outstripping single-unit and partial-unit hosts. 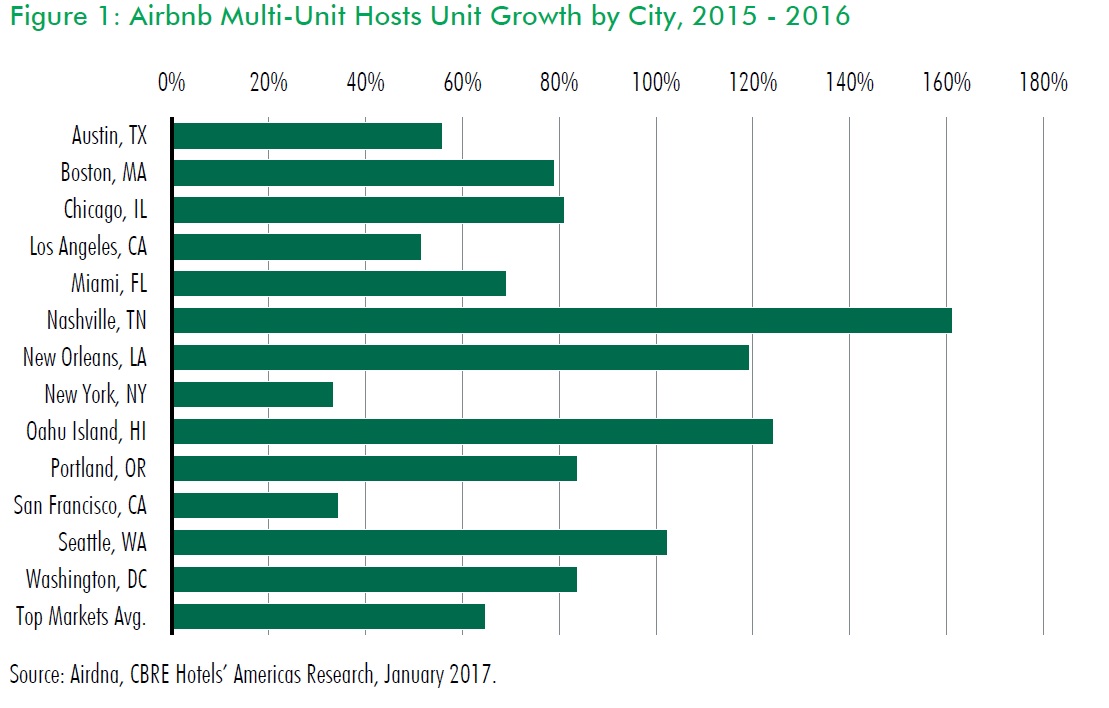 Why? Because that’s where the money is. 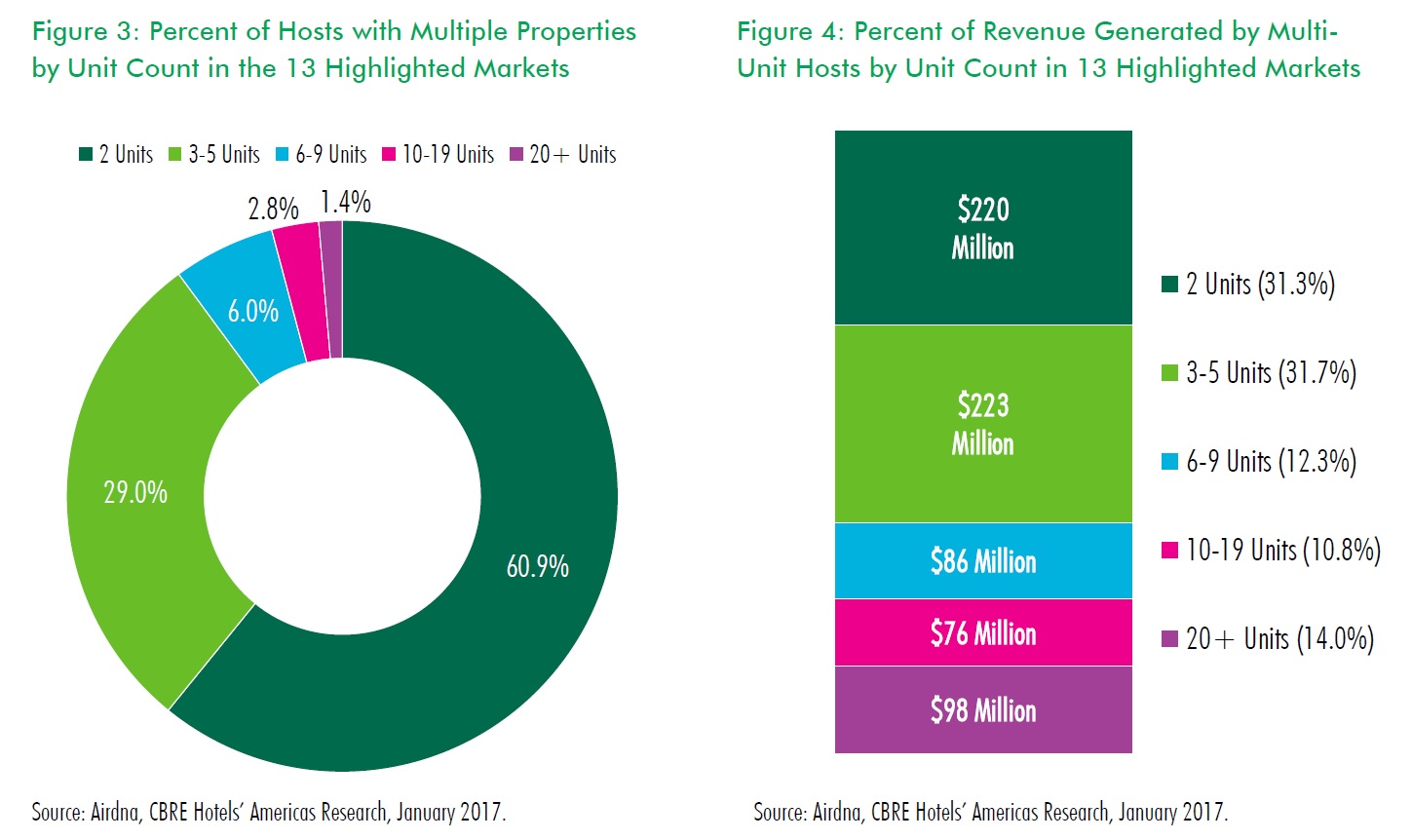 When we drill into the Seattle statistics, we see a similar trend. Of note: revenues for multi-units hosts in Seattle grew by 182% last year.

We can also see that  multi-units hosts are growing here as a fraction of all AirBnB hosts, properties, and revenues.

Some argue that AirBnB supports the creation of small businesses, thus encouraging entrepreneurs and job creation. True, and that’s a good thing, but collectively those small businesses are reducing the city’s long-term housing supply and ignoring the impact that their businesses have on the city. We couldn’t create two new Sheraton tower hotels in the city without mitigating the impact they would have. We need to think about AirBnB the same way — even if we decide that the taxing and regulation scheme should look somewhat different.

Last year Council member Tim Burgess went through a couple of rounds of a proposal for an ordinance to regulate AirBnB rentals, with attempts to carve out exceptions . But nothing has happened publicly with that proposal since last July. I checked in with Burgess earlier this week, and he told me, “We are likely to advance our short-term rental legislation in early April.” So stay tuned.