This morning, Council members Lorena Gonzalez and Tim Burgess announced that they will be submitting legislation to create a $1 million fund to provide legal support for immigrants and refugees in their civil immigration court proceedings. 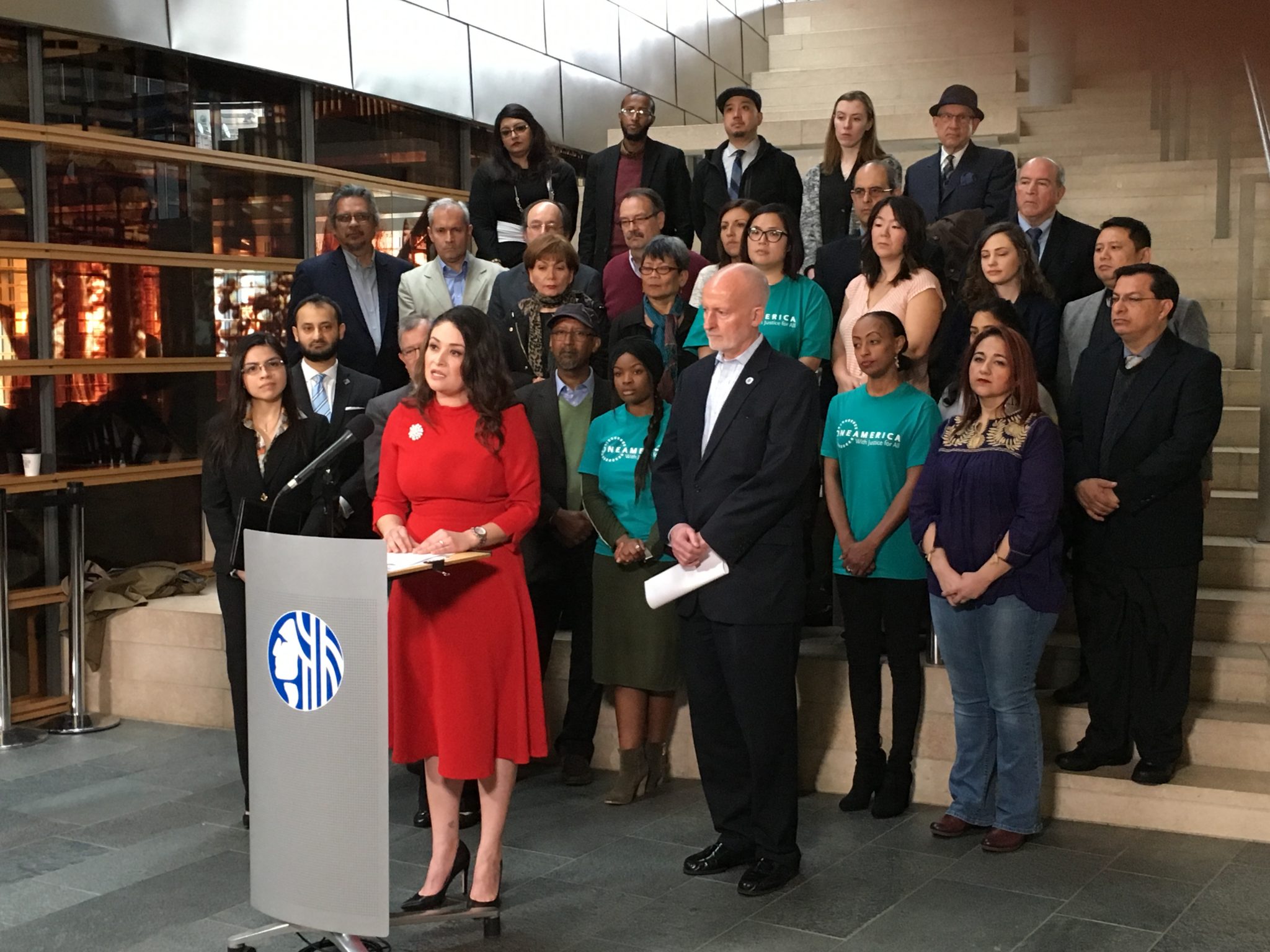 The fund will be administered by the Office of Immigrant and Refugee Affairs, and will provide grants to organizations that provide legal support to immigrants and refugees such as the Northwest Immigrant Rights Project.

Because immigration law is civil law, not criminal law, the Supreme Court has held that those facing immigration procedures have the right to be represented by an attorney, but do not have the right to have that attorney provided for them by the government.   According to a 2016 study by the American Immigration Council, immigrants with legal representation were nearly 11 times more likely to seek relief (such as release from detention) than those without, and twice as likely to successfully gain the relief they sought. Yet the rate of immigrants without legal representation is high: in Seattle, 35% of individuals are not represented, and in Tacoma a whopping 92% are not represented.

In a released statement today, Gonzalez said, “With this Legal Defense Fund, we stand hand-in-hand with our immigrant and refugee communities as they fight to remain with their families and in their homes. Each of our friends, neighbors, and family members who go to immigration court deserve to be accompanied by someone who understands their case.”

Seattle is also building on its own previous efforts. In January, Gonzalez and Mayor Ed Murray announced that the city would be setting aside $250,000 for a number of programs in support of its self-proclaimed status as a “welcoming city,” including legal defense of undocumented immigrant students and their families.

According to Seattle City Budget Director Ben Noble, the new fund announced today will be funded by surplus from the city’s 2016 General Fund budget. It ended the year in the black by more than needed to fund this program.

I asked Council member Burgess today whether it was prudent to fund new programs given the uncertainty surrounding federal funding under the Trump administration for programs that Seattle is already counting on. He responded:

“Yes, for 2 reasons. First, having the right to be represented by an attorney is a core American value and for a whole variety of reasons people don’t have that right in the federal immigration courts. They should, so we have an opportunity to step up and help with that. Second, both the President and the Attorney General have made statements — the Mayor talked about this yesterday — they are accusing jurisdictions, King, Snohomish County, by implication Seattle, that somehow we’re interfering with implementation of federal immigration law. Our city ordinance prohibits us from interfering with federal immigration enforcement and we’re not in any way. So I think they’re misinformed or deliberately distorting the facts.”

Yesterday the City of Seattle sued the Trump administration, in order to establish clarity with regard to its threats to withhold funding.

The legislation creating the new legal defense fund will be heard in Gonzalez’s Gender Equity, Safe Communities and New Americans Committee on April 12, with the intent to bring it before the full Council for final approval on April 17. Gonzalez and Burgess hope to have funds available by June.