Today was the deadline for submitting proposals to redevelop the Key Arena at Seattle Center, and as expected two proposals arrived at the city’s door. 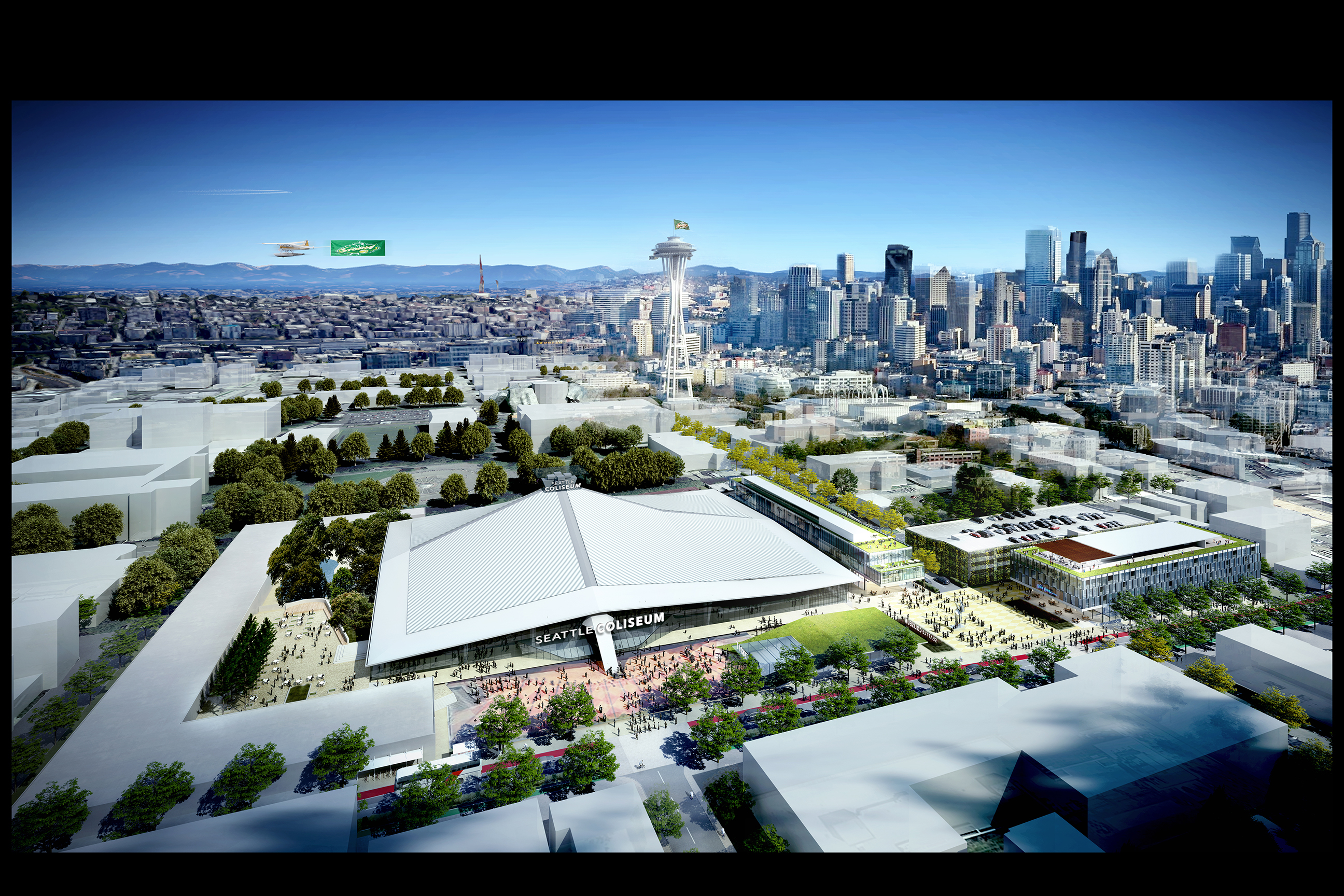 The city announced this afternoon that it had received pitches from Oak View Group, and from AEG.  The links here are to executive summaries of the projects.

Both proposals keep the Arena intact but do substantial internal renovations; Oak View proposes expanding the size of the venue to 660,000 square feet, “with the expansion area primarily below grade.”  Both proposals are 100% privately funded. Neither proposal is contingent on attracting an NBA or NHL team; both recognize the need to have the arena first before a team can be brought to Seattle.

AEG and Oak View are the lead organizations for the proposals, but each bid is from a consortia of companies partnering on the project.

AEG has set up a web site for its proposal, which includes renaming Key Arena to the “Seattle Coliseum.”

Next Monday the City Council (in the form of the Select Committee on Civic Arenas) will be briefed in depth on the two proposals. That’s good, because the executive summaries are pretty light on details.

The city will review the full proposals with the help of its Arena Community Advisory Panel, whose members are listed in the city’s announcement today. It will also hold a public open house with Oak View and AEG on May 11 from 5:00pm to 8:00pm at KEXP in Seattle Center (adjacent to the Key Arena).

The plan is to have a recommendation on the Mayor’s desk in June, which with the Mayor’s blessing will be forwarded on to the City Council for their consideration.

The city’s web site for all things area is http://www.seattle.gov/arena.