There’s lots of stuff in the plan, but the part that everyone really cares about is the planned rate increases. By city ordinance, SPU is required to project rates out 6 years into the future, and to update those predictions every three years.

In 2014, the last time the SBP was updated, the rate projections looked like this: 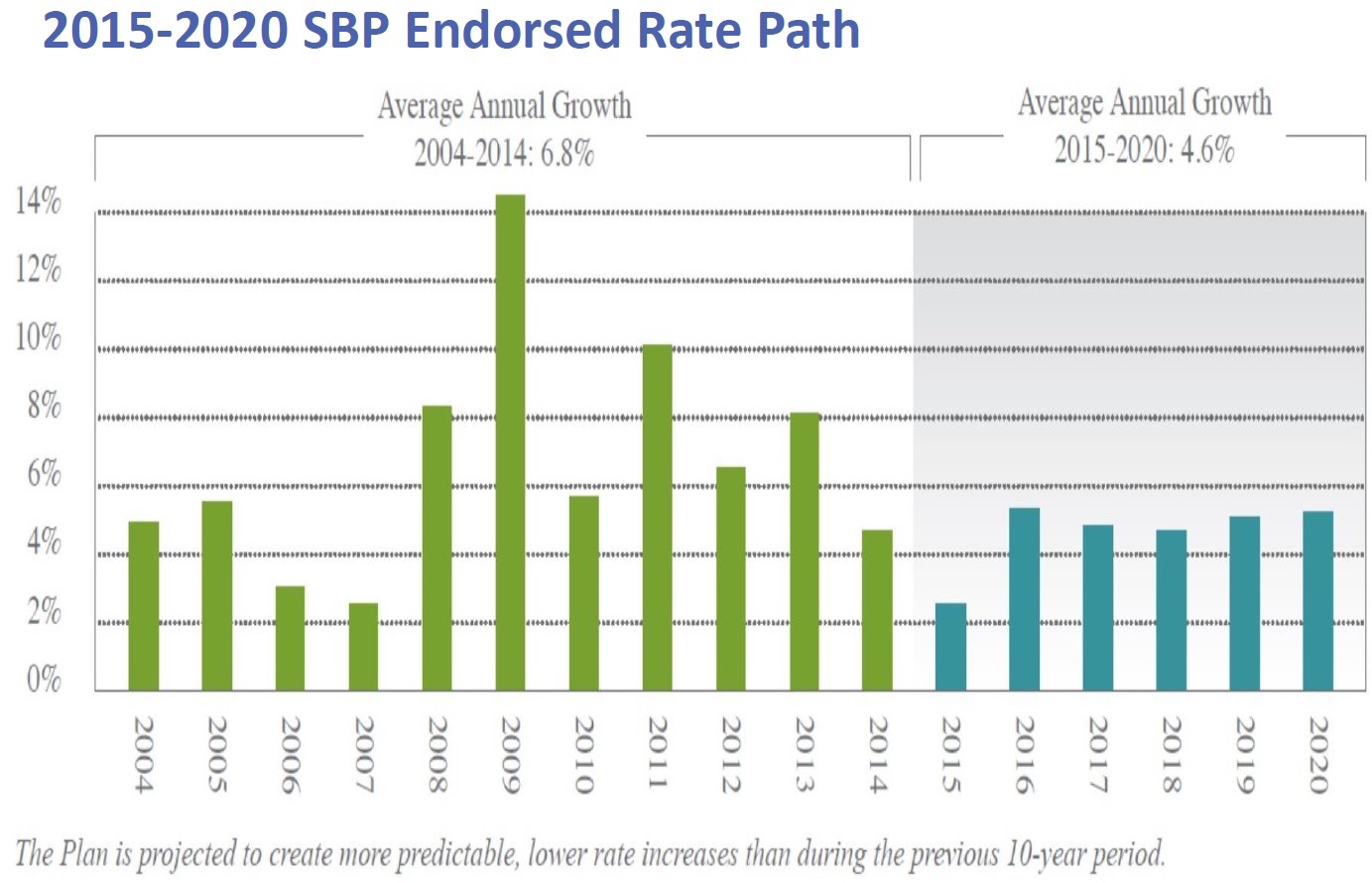 SPU has a Customer Review Panel, with whom they consult on the updates to the master plan including rate changes. In the past, the review panel emphasized the importance of steady, predictable increases rather than increases that jump up and down. You can see how they took that into account for the future projections, with steady increases averaging 4.6% over the six year period.

But in 2015, a couple of things happened that took them almost immediately off the plan. First, they lost the Port of Seattle as a customer, along with $4 million of annual revenues.  Second, a Combined Sewer Overflow pipeline project in south Ballard, which was originally scheduled to begin after 2020, got moved up to a 2015 start in order to meet the city’s regulatory responsibilities (Seattle was forced to sign a consent decree with the federal government because it was — and still is — dumping untreated sewage into the Ship Canal during periods of heavy rain). So costs were higher, and revenues were lower. They managed this through a number of cost-cutting measures and some good luck: the hot summers meant higher water revenues, and favorable financial markets meant lower than expected interest rates on bonds they issued.  But infrastructure continues to age and decay and can’t be deferred forever; eventually the utility needs to catch up on capital projects and deferred maintenance.

Last fall when they started work on the update to the strategic business plan, their first attempt at recalculating rate increases resulted in a 6-year average of 6.8%.  They recognized that this would be too high, so between September and January they scrubbed their plan and financial assumptions, prioritized and removed capital and infrastructure investments, and found other savings that in total brought the average rate increase needed down to 5.6%. About 2.4% of that is standard CPI inflation, but another big chunk is increased operations and management costs: personnel (both hiring and wage increases), healthcare costs, and other items that are rising faster than the rate of consumer inflation.

They figure that to get it back down to a 4.6% increase, they would need to reduce expenses by an additional $228 million: $71 million in capital reductions or deferrals, and $157 million operations and maintenance reductions — equivalent to about 200 jobs. And keep in mind that they have already been deferring work for the past two years, so projects are piling up and it is getting increasingly difficult to find more things to defer. 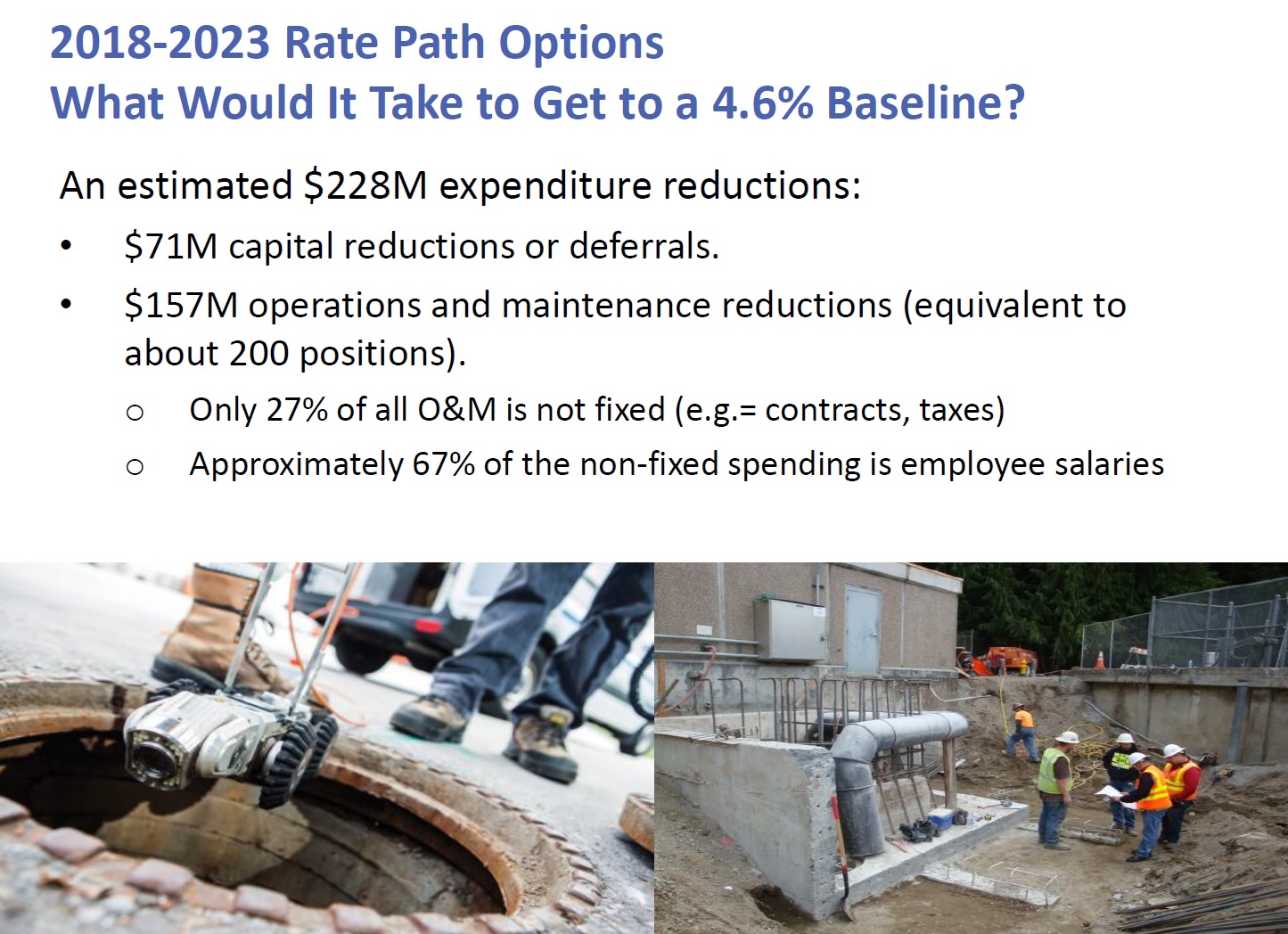 They started talking with their Customer Review Board in January, and earlier this month they were starting to hone in on three options for possible rate paths going forward: 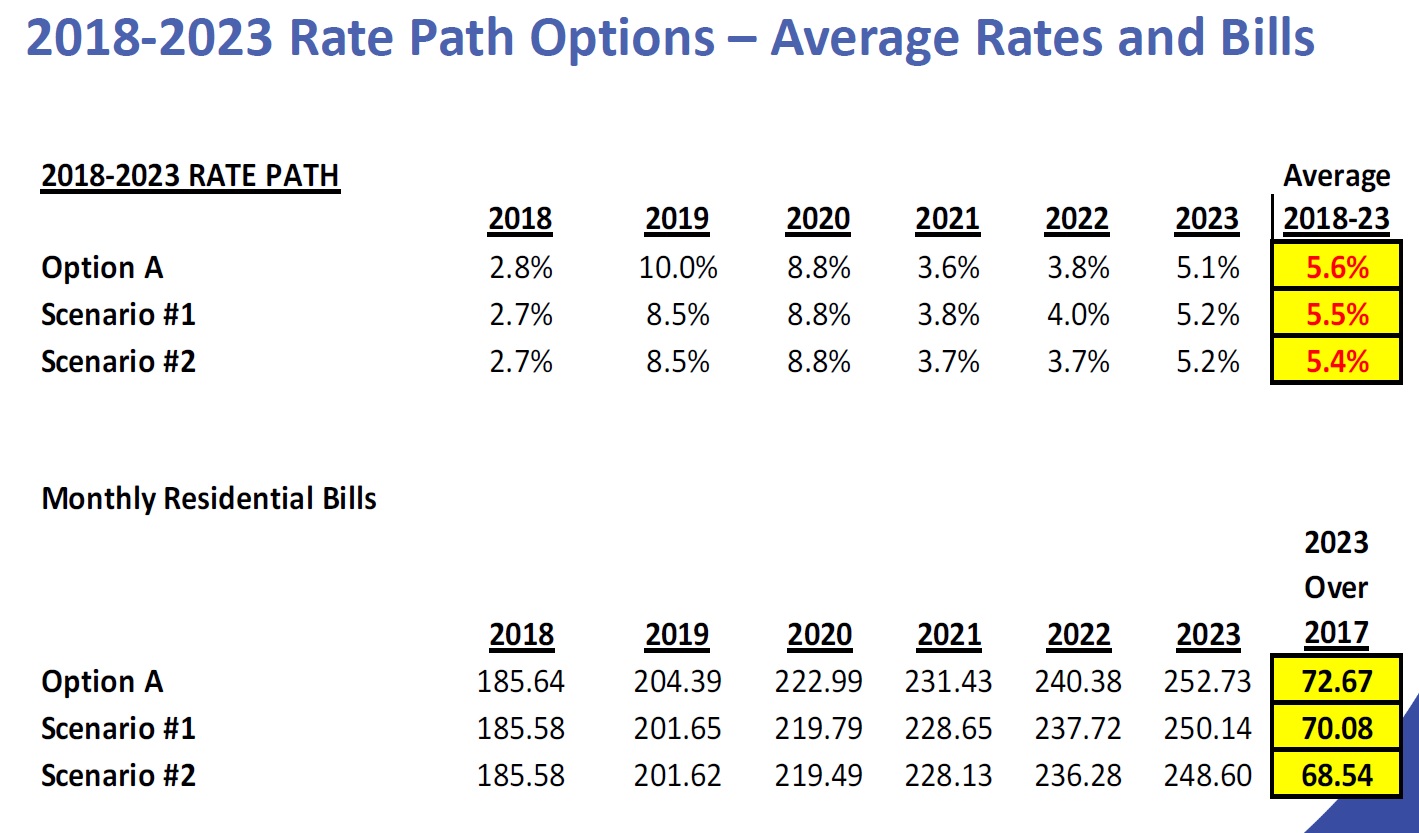 Scenarios 1 and 2 have slightly lower growth rates, but higher risk factors, the risk being that without the revenues some projects will need to be deferred and an infrastructure failure will happen that will result in an unplanned, costly emergency repair. The lower the rate growth rate, the higher the risk.

SPU claims that the Council has already approved the low increase for 2018 so it doesn’t want to revisit that. Instead, it is looking at significant increases — in the range of 8.5% to 10% annually —  in 2019 and 2020, with more modest increases in the following years.  For reference, Council member Herbold’s office provided this handy table of SPU rate increases back to 2004.

SPU is looking very broadly at cost savings opportunities. That includes ways to be more efficient, like partnering with SDOT on Move Seattle projects so that infrastructure can be replaced when SDOT, rather than SPU, is paying for tearing up the street and repaving. 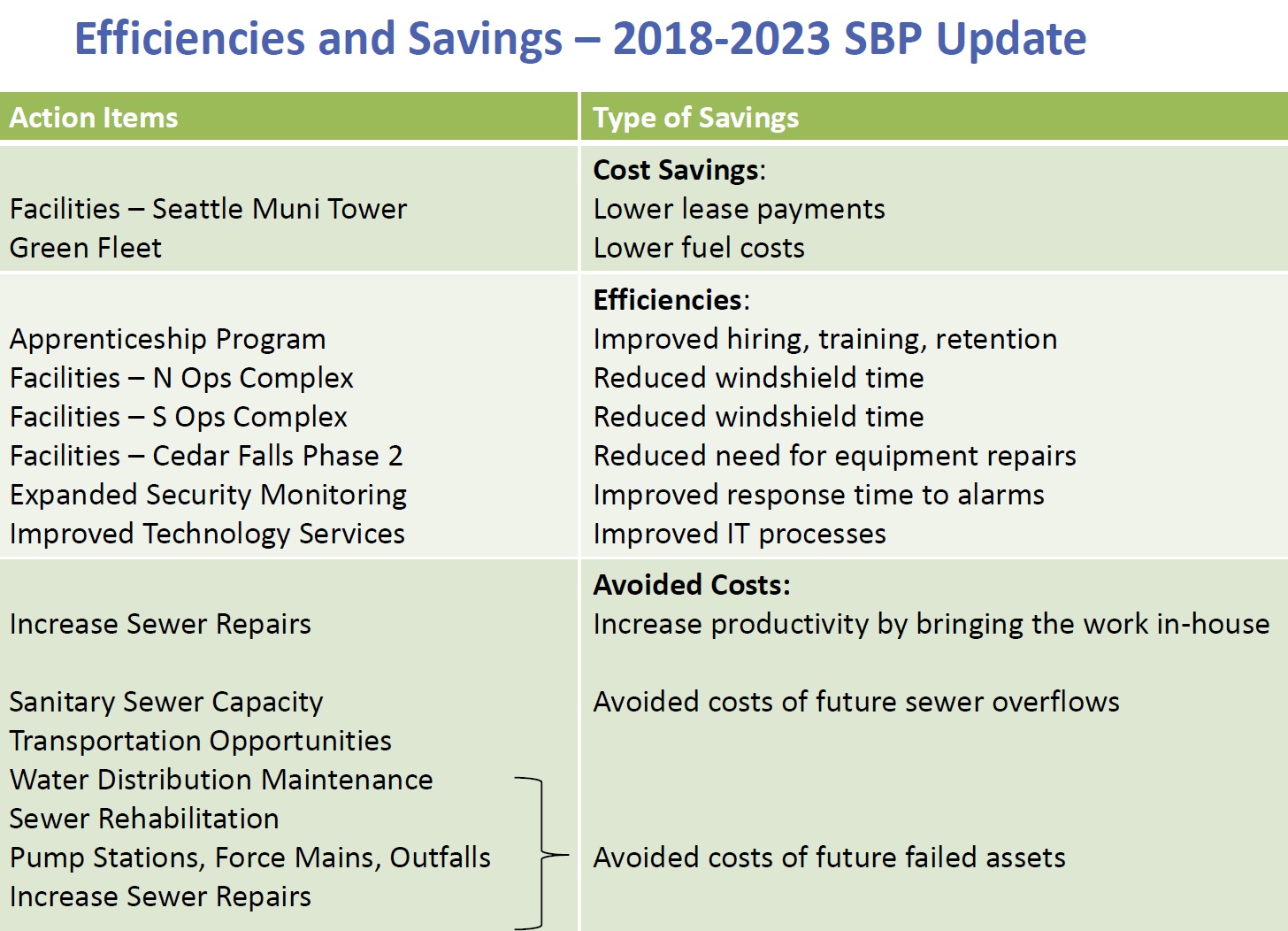 SPU expects to continue working with its Customer Review Panel and other stakeholders to finalize the strategic plan update by May 30, at which point it will be submitted to the Council for its deliberation and approval over the summer months.

Just don’t expect the news to get better between now and then. Perhaps the best that can be hoped for is they decide to revisit the 2018 rate increase to smooth it a little better out to 2020.