In February of 1898, seven hundred acres on Magnolia Bluff were given to the federal government. Today, almost all of that land is back in local hands. Almost — the last bit has been the source of plans, lawsuits and headaches for ten years.

In 1891, when the Bremerton Navy Yards were created, suddenly federal and local officials realized that the Puget Sound was largely undefended, and an effort was begun to create a series of military forts to shore up those defenses. After some fierce competition between Tacoma and Seattle, on March 2, 1896 the Secretary of War announced that Magnolia Bluff would be the site of the future Fort Lawton, provided that 703.21 acres of land would be conveyed to the federal government free of charge. By October of 1897 the Seattle Chamber of Commerce had assembled the required package of lands to be donated, and by February of 1898 title to those lands had been officially transferred. In 1900 it was christened Fort Lawton.

Local officials’ hopes that it would become a major military installation were never realized, due in part to the creation of the sprawling Fort Lewis complex south of Tacoma just before World War I.

In 1964, the War Department announced that 85% of Fort Lawton would be declared surplus by the Army — meaning that the City of Seattle could acquire it back at 50% of its fair-market value, which even at that time was an enormous sum. Washington Senator Henry Jackson came to Seattle’s rescue, twice: first, by intervening with the Secretary of War in 1968 to prevent an anti-ballistic missile site from being built there; and second, by shepherding a law through Congress that allowed cities to acquire surplus federal lands at no cost for parks and recreational purposes. On September 1, 1972, the Fort Lawton site was deeded over to the City of Seattle for the creation of Discovery Park under the Fort Lawton Master Plan.

Well, most of the site. The Army kept 34 acres for an Army Reserve Center until 2006 when it was listed for closure under the federal Base Realignment and Closure Act. the City of Seattle was designated the Local Redevelopment Agent for the site. After consulting with the community, in 2008 the city published a Redevelopment Plan. The plan proposed a “new mixed income neighborhood” that would include:

The Magnolia Neighborhood Planning Council protested, preferring that the site be added to Discovery Park. They sued the city, claiming that it had not done the required SEPA environmental impact study for the project. In March of 2009, a King County Superior Court judge found in favor of the Magnolia Neighborhood Planning Council, a ruling that was upheld on appeal in March of 2010.

In 2012, the Army officially closed Fort Lawton Army Reserve Center. The property remains in the Army’s hands; it would need to transfer ownership of the property to the City of Seattle as a condition of the redevelopment moving forward. The city would also need to abide by the court ruling and complete a full SEPA environmental review before it could begin redevelopment.

Since 2010, there has been seven years of inaction on the project. Some of that can be blamed on the Great Recession, which made financing of the project infeasible (the city planned to sell the single-family lots to developers and use the proceeds to develop the other parts of the project). According to a recent memo by City Council staff, the Army has become frustrated with the city’s lack of progress, particularly because it continues to pay for ongoing caretaking for the property. The Army could easily give up on trying to give the property to the city and sell it as surplus to private developers; it’s prime real estate, and they would make a significant amount of money doing so.  So to address that concern, the city and the Army have negotiated a five-year lease agreement, wherein the city will lease the property at no cost but assumes all responsibility for costs generated by the property — about $125,000 per year. The city will recover much of that because it will gain use of the buildings on the site, including office space and storage facilities, saving rent on space it would otherwise need to lease elsewhere. 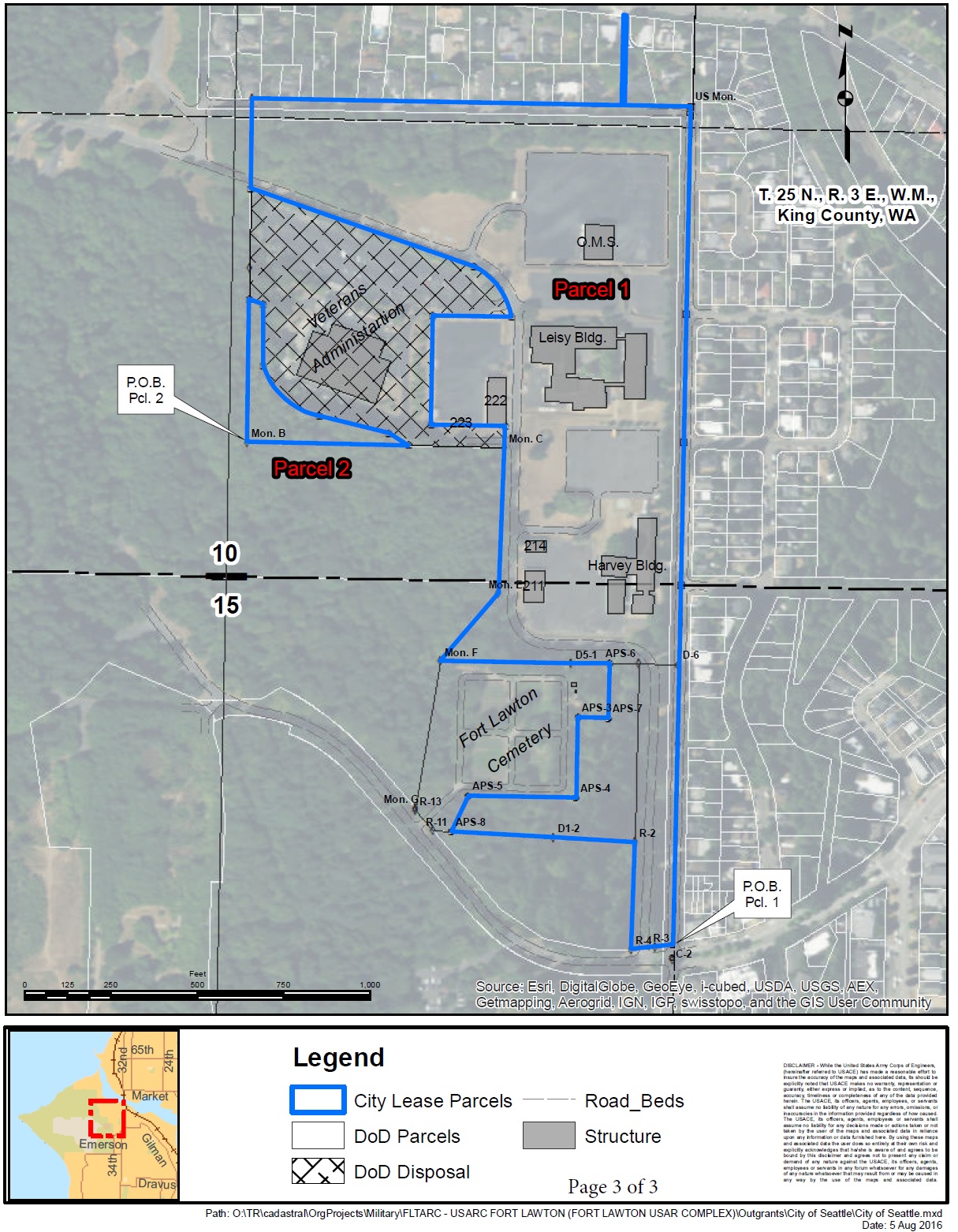 In the meantime, the city recently put out to bid a contract for a consultant to work on the Fort Lawton ARC Environmental Impact Statement. It looks like the project might finally be restarted.

Assuming the Council approves the lease (they almost certainly will), the city has bought itself five years of space to finally get its act together, acquire the ARC property, and move the redevelopment project forward. Though expect the neighbors in Queen Anne and Magnolia to continue to resist, just as they have with homeless encampments and with the loosening of restrictions on backyard cottages.