As the neighborhood MHA upzones have been working their way through the Seattle legislative process, Council member Rob Johnson has held out hope that development projects already in the queue for permits could be enticed to “opt in” to the MHA program, gaining the ability to build bigger structures in return for delivering affordable housing.  This afternoon, Johnson announced that his hope is becoming reality, with seven projects in the Downtown-South Lake Union area beginning the process to opt in. 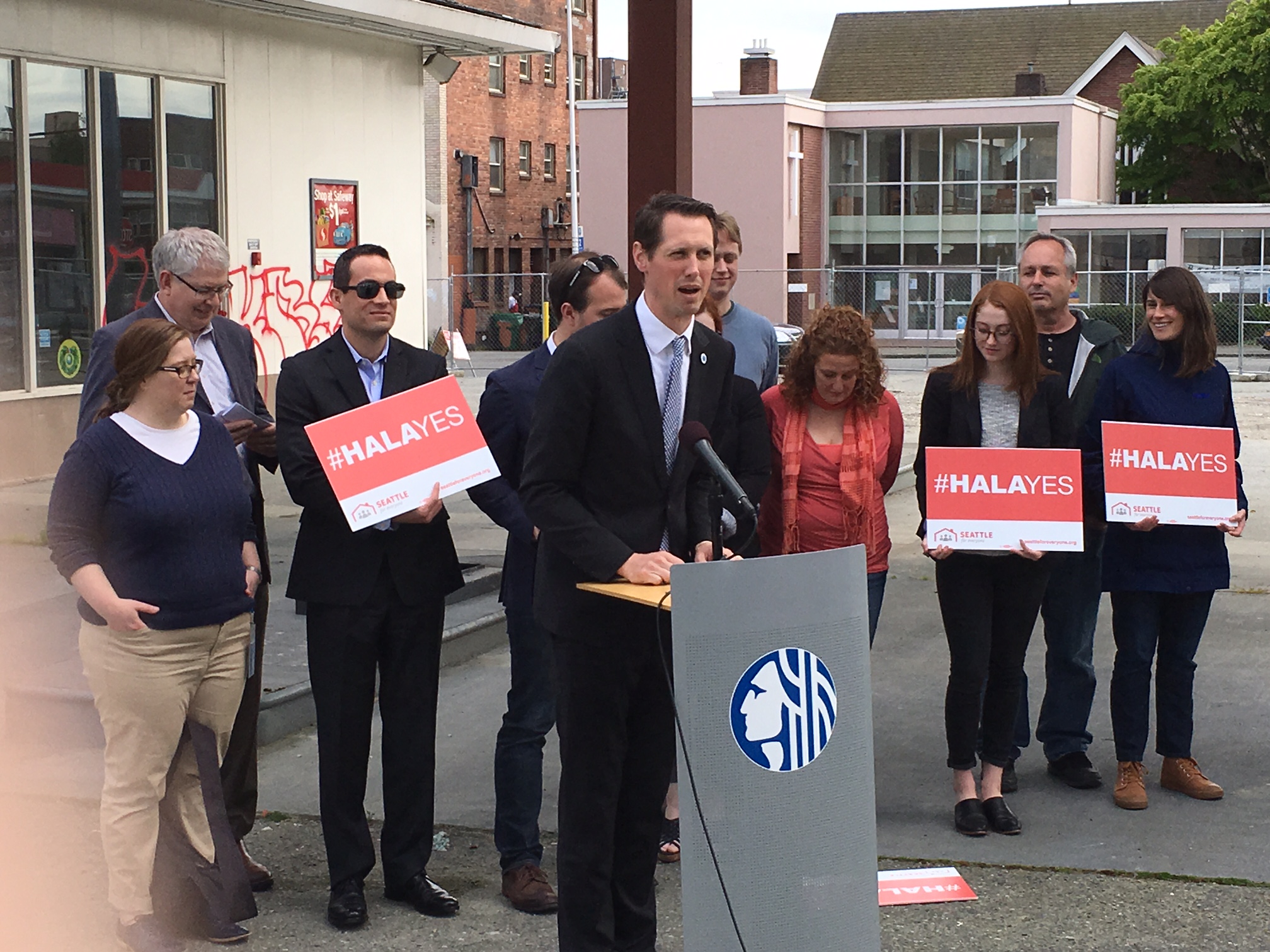 Assuming the opt-in requests are approved, the city claims that those seven projects would generate $25 million in payments for affordable housing. Those funds, leveraged with other funding sources, would create up to 320 new affordable units.

Johnson made this happen through two actions. First, he amended the  MHA rezone ordinances to explicitly allow pending projects to opt-in. Second, he pushed to keep the payment and performance requirements at a level that is attractive to developers, despite strong pressure by activists and some of his fellow Council members to increase the requirements. In Council deliberations, Johnson noted the trade-off: maximizing the long-term number of affordable housing units created, versus getting more units built sooner by incenting pending projects to opt in. His stated preference was to address the urgent need for affordable housing today by trying to get more units built now. It is an interesting political gamble: if no projects opt in, then two years from now he will be running for re-election with the perception that he is in the pocket of real estate developers because he set the MHA requirements too low.

But the gamble appears to be paying off. All seven projects are expected to break ground this year. If they go with the “payment” option to meet their MHA requirements, that payment is due before they break ground — which means the city can quickly send the money back out to affordable housing projects in the planning stages. In addition, the city has identified ten more projects that are “good candidates” for opting in to the program; that could generate $40 million in payments and more than 550 affordable units in the short term. By the time voters are heading to the polls in 2019, a lot of those affordable housing units could be built and occupied. This handout from the press conference lists the specific projects.

Johnson’s press conference today took place at a shuttered gas station on Brooklyn Avenue in the U District. The site is being developed by Fields Holdings; the company canceled their existing permit for a 72-unit midrise building with no affordable housing, and filed a new one in order to opt in to the MHA program. The new design is for 142 units, and will either set aside 13 units as affordable or pay $3.2 million into the city’ affordable housing fund and help to generate 40 affordable housing units. In addition, Fields says they will likely take advantage of the city’s family-size housing incentive program to create more 2-bedroom units.

If you enjoy this and other articles at SCC Insight, please consider supporting my work by making a contribution at my Patreon site.