This afternoon King County released the results of its annual One Night Count (renamed this year to “Count Us In”).

It’s a long, detailed report, and the methodology changed this year so making comparisons with previous years is very difficult. I’m going to take a few days to thoroughly read and analyze it before doing a detailed post, but here are pointers to the key reading, and a few top-line points.

The results are posted here. There’s the full report, a quick overview, and a news release. Also an infographic.  For reference, here is last year’s results.

In all, they found 11,643 people without permanent housing: 5,485 unsheltered and 6,158 sheltered.  That is an increase of 21.8% over last year, attributed entirely to an increase in unsheltered people — in fact, the number of people sheltered slightly declined. The trend is quite consistent over the last three years. 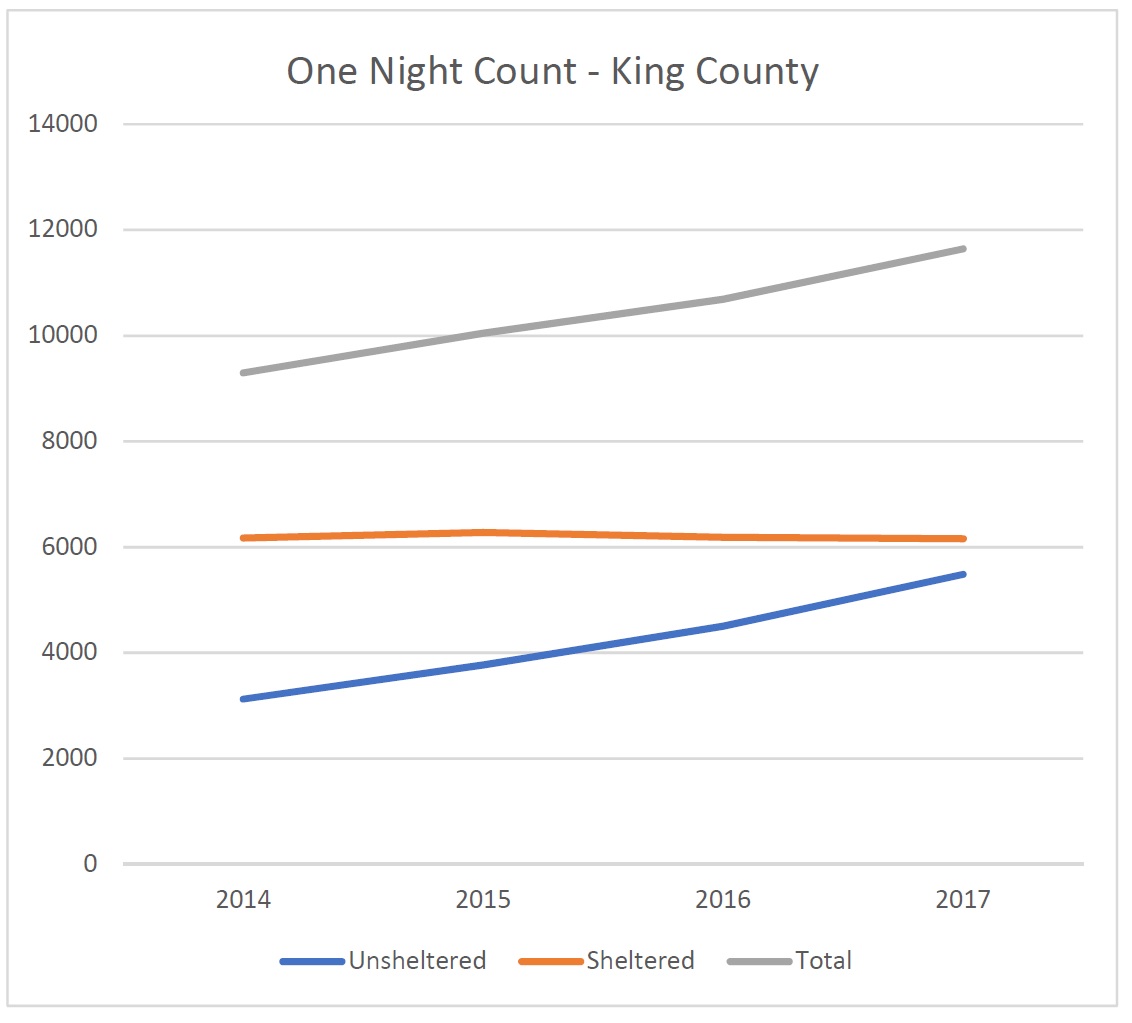 The data continues to show that this is a locally-grown problem, and “Freattle” is a myth. 77% of King County’s homeless population became homeless here. 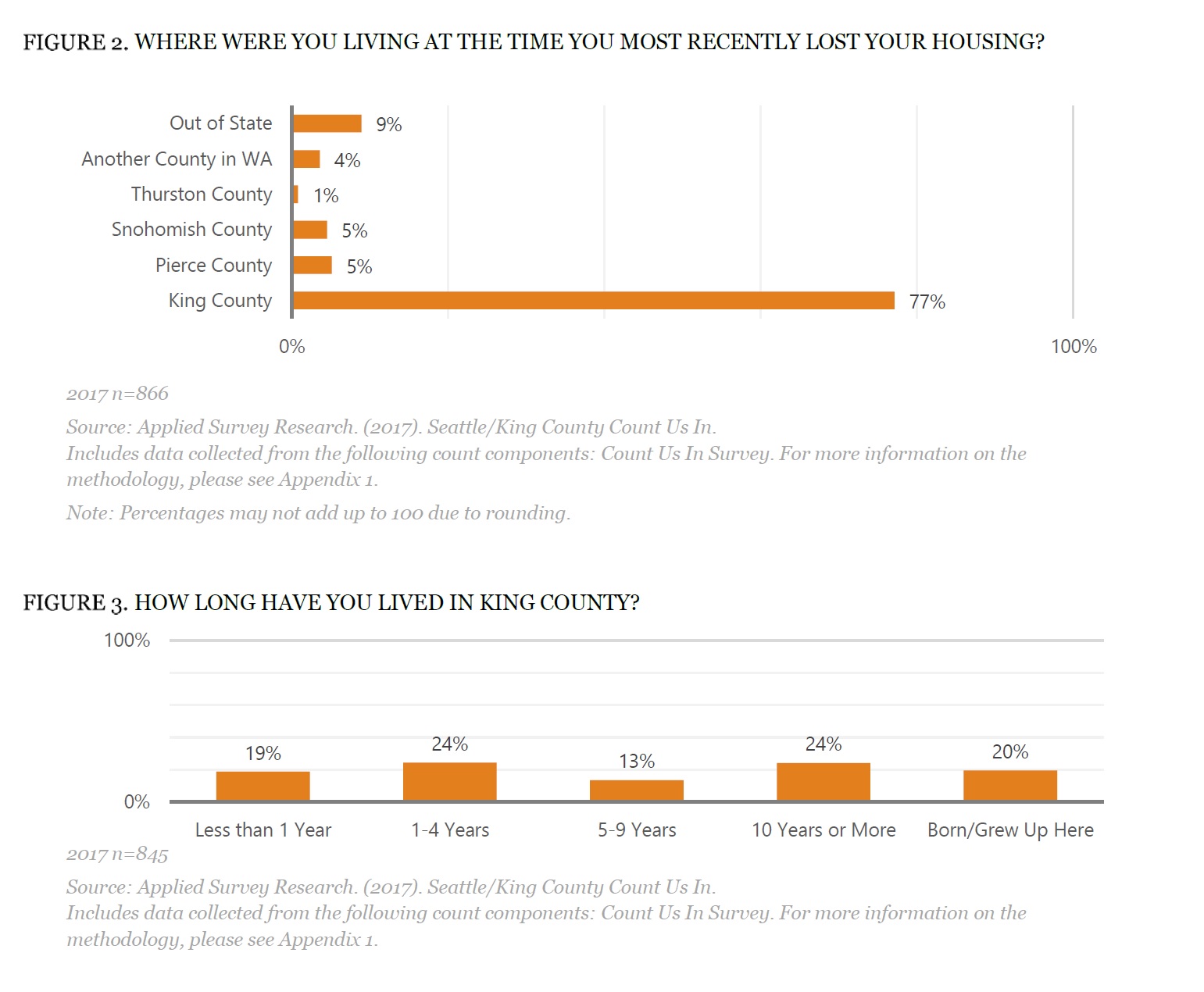 The supermajority of the population is still in Seattle, with another strong concentration in the southwest part of the county. 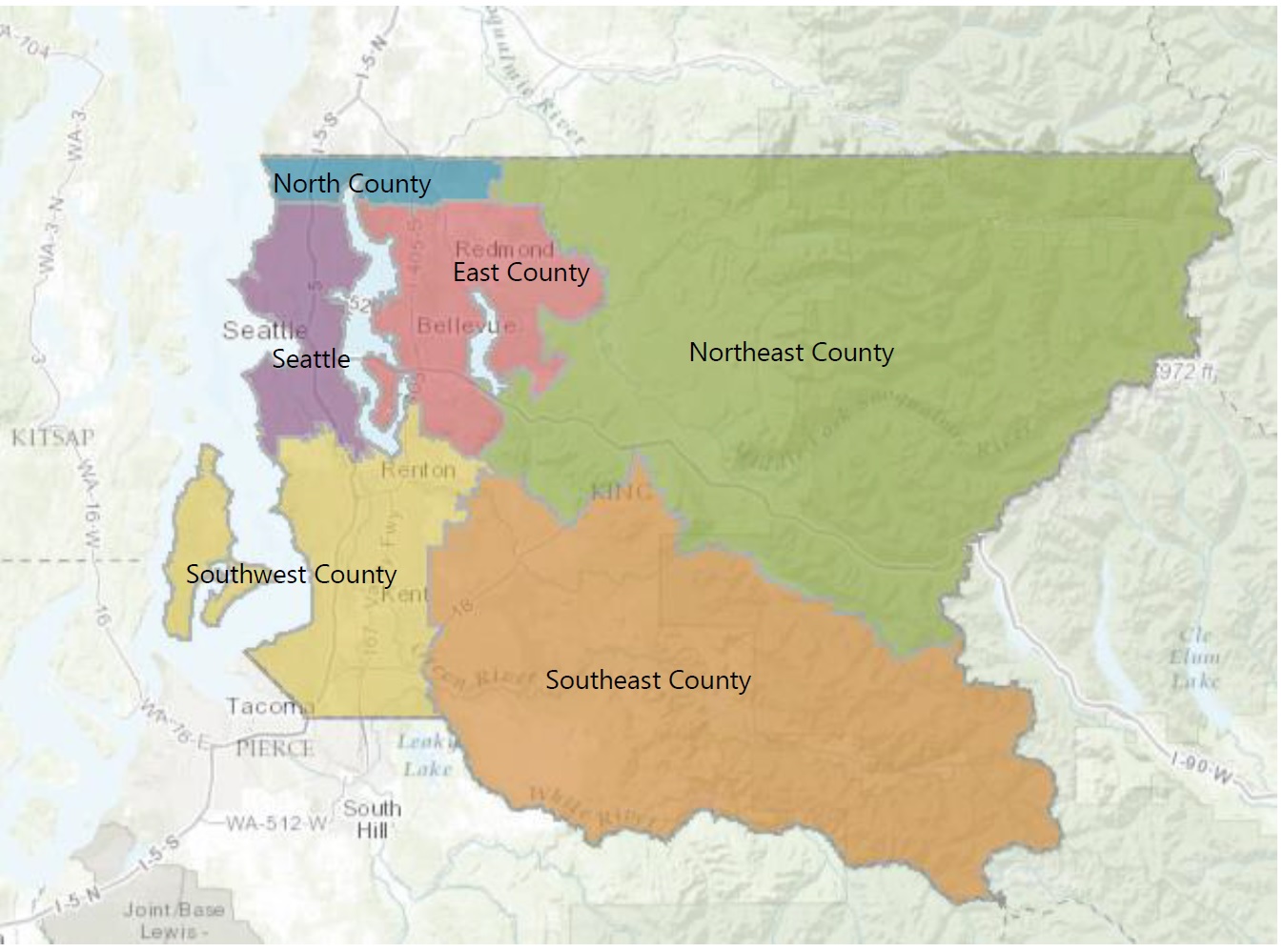 Homelessness continues to disproportionately affect communities of color, not surprising since they are most economically at risk. 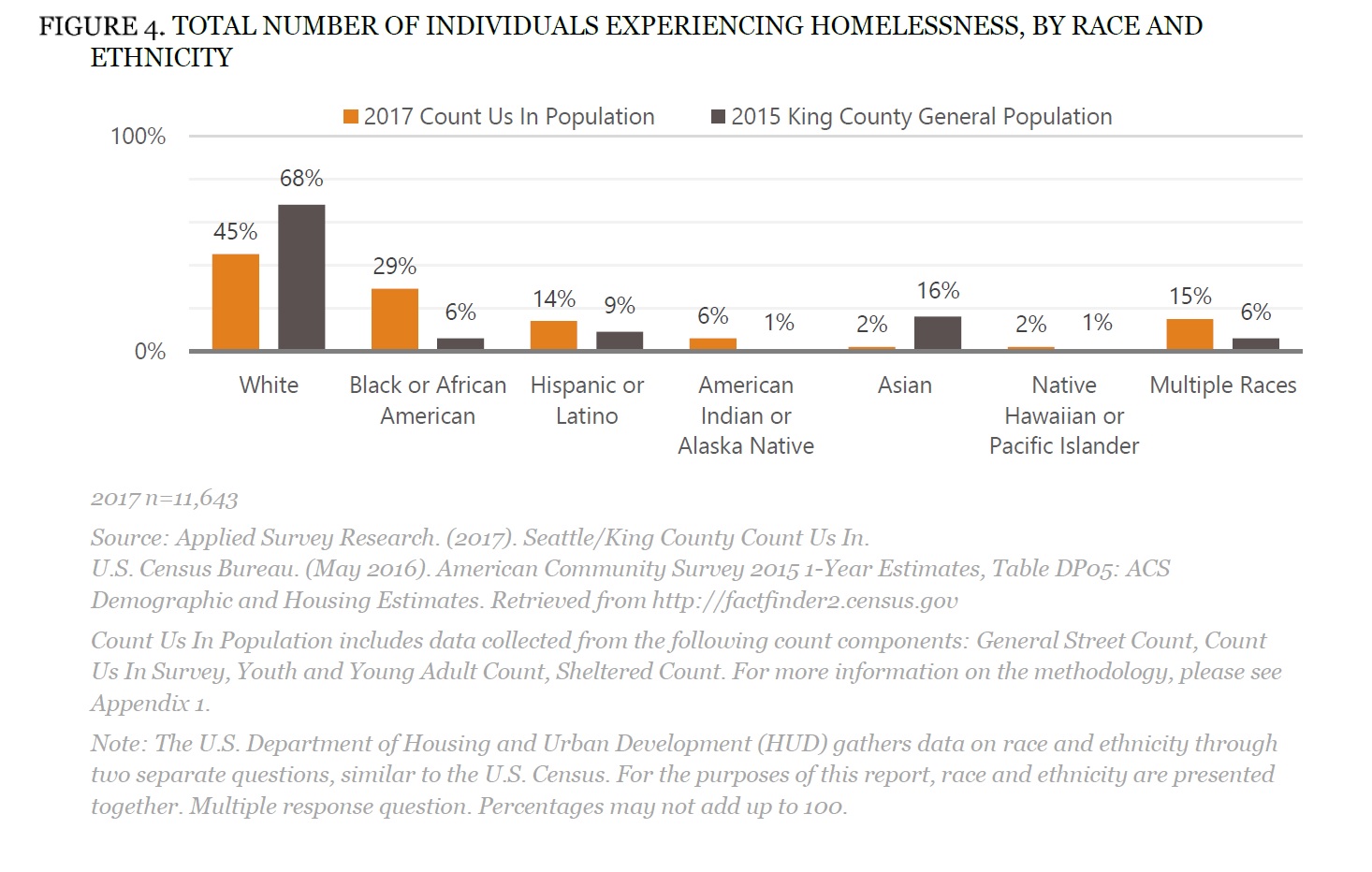 There is no one single cause of homelessness, though several of the individual causes are economic and many are health-related. 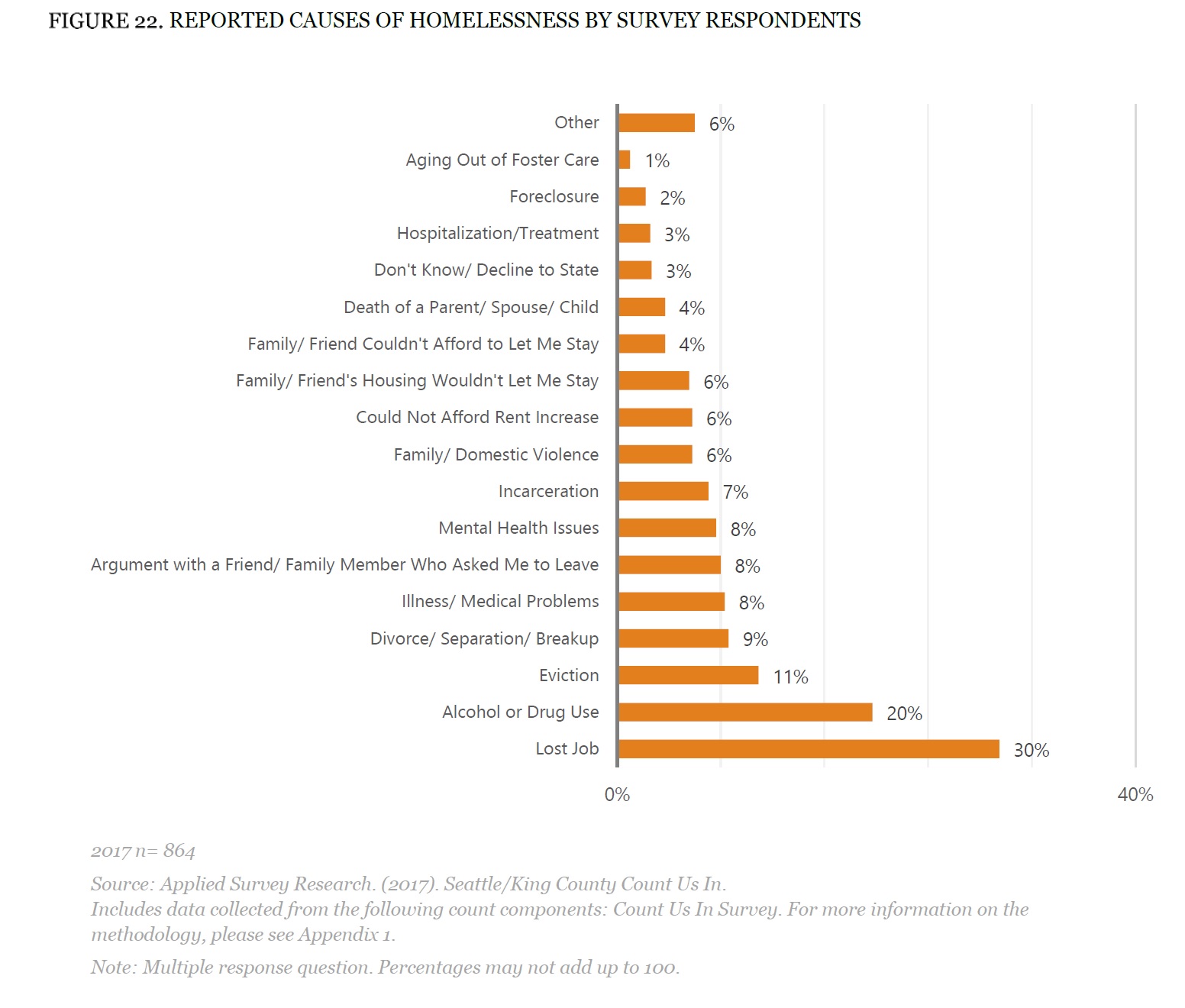 Finally, mental health and general health issues are widespread in the homeless community — though paired with the above causes, it’s clear that being homeless is causing many of the issues, not the other way around. 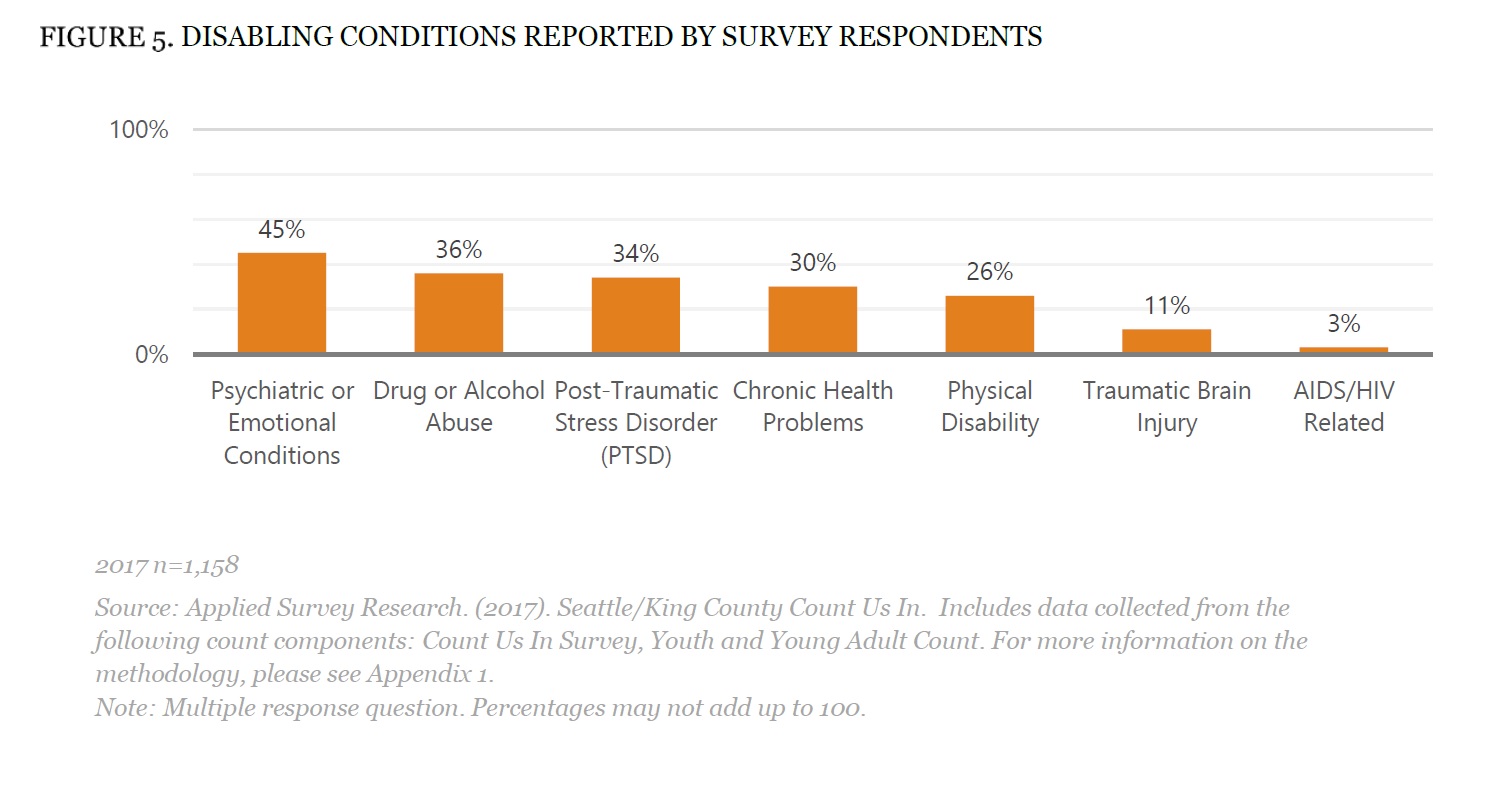 This should tide you over for a bit… more to come, after, I’ve run the entire thing through the grinder.