It’s been about two years since the city’s Department of Construction and Inspections (SDCI) started inspecting rental housing under its Rental Registration and Inspection Ordinance. Earlier this week they brought a proposal to the Council’s Planning, Land Use and Zoning Committee for several changes in order to fix problems they have encountered over the 5,000 inspections they have completed to-date.

Here are some of the things they are looking to change:

Many of the changes to the HBMC trickle down into the standardized checklist that SDCI requires inspectors to use for rental inspections. That checklist has a rather bureaucratic process required for updating it, involving stakeholder review, the SDCI Director issuing a new rule, a 30-day public comment period, and Council feedback. Assuming the Council approves the proposed changes to the RRIO and HMBC ordinances, it will take several weeks for the updated checklist to run that gauntlet. In the mean time, SDCI is also looking at updating some of its other internal processes, such as guidelines for when a failed inspection in one unit triggers an inspector’s discretion to require additional inspections in other units in that building. That wouldn’t happen for a disabled smoke detector (which alone is the cause of 30% of failed inspections) but might happen if an inspector noticed a rat infestation or a leaky roof, both of which suggest that nearby units share the problem. SDCI also needs to update its IT systems to accommodate the changes, and provide education and outreach to private inspectors, landlords and tenants.

SDCI developed its list of proposed changes through a series of six meetings it held last year with a variety of stakeholders, including the Tenants Union and the Rental Housing Association. 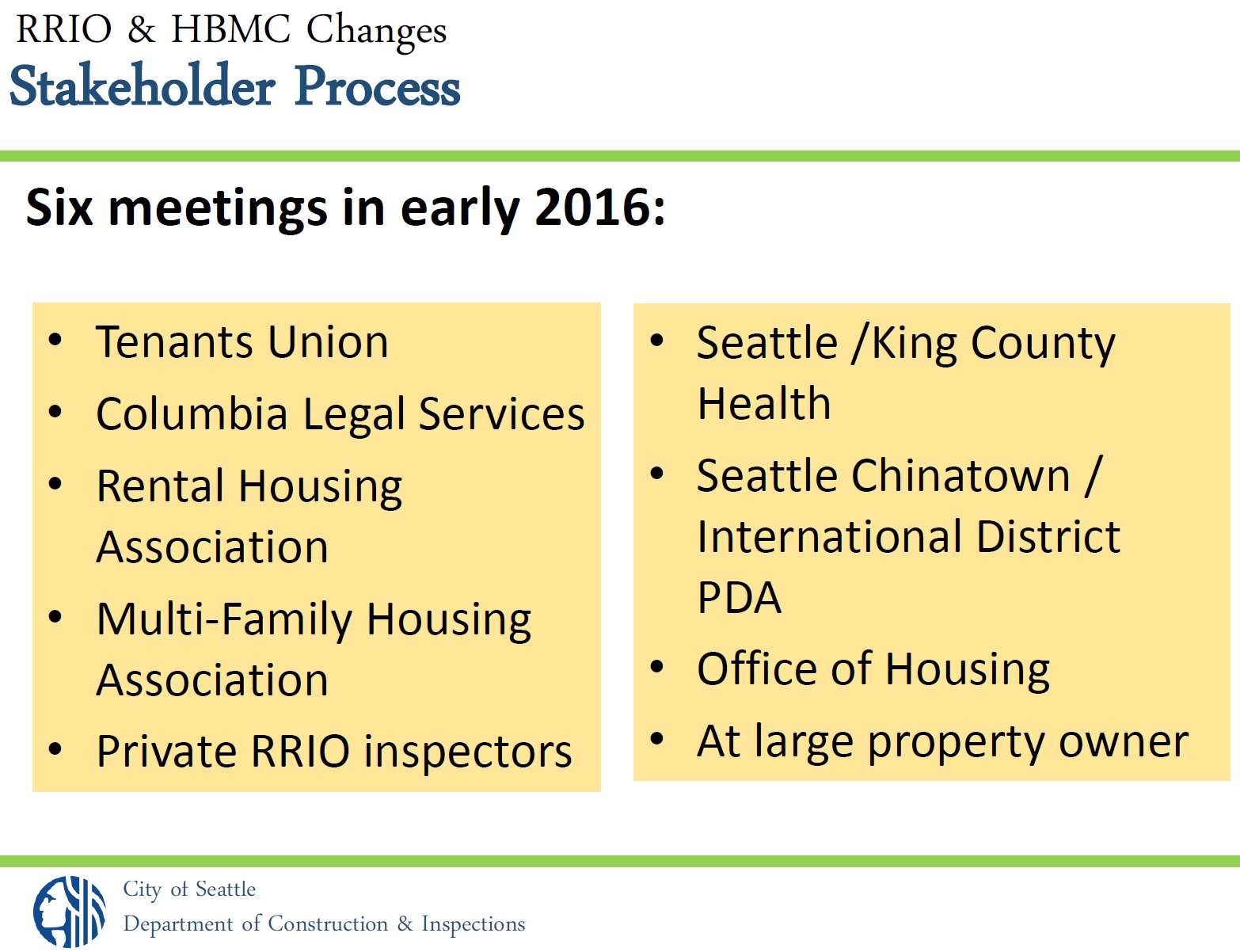 This week’s committee briefing was the Council’s introduction to the issues; they will take up the legislation in earnest at the next meeting on June 20th.