(several updated incorporated below — thanks to Kirstan Arestad, Director of the Council’s Central Staff, for her helpful feedback)

In a couple of weeks the City Council will drop nearly everything and spend the next two months hammering out the 2018 city budget. Budget committee chair Tim Burgess has published a schedule for how the Council members and their staff will spend that time.

There already is a starting point for a budget for 2018, since last year the Council wrote a two-year budget including an “endorsed” one for the second year. This year’s process will be about making revisions to that 2018 endorsed budget based on the Mayor’s proposal and the Council members’ own ideas. 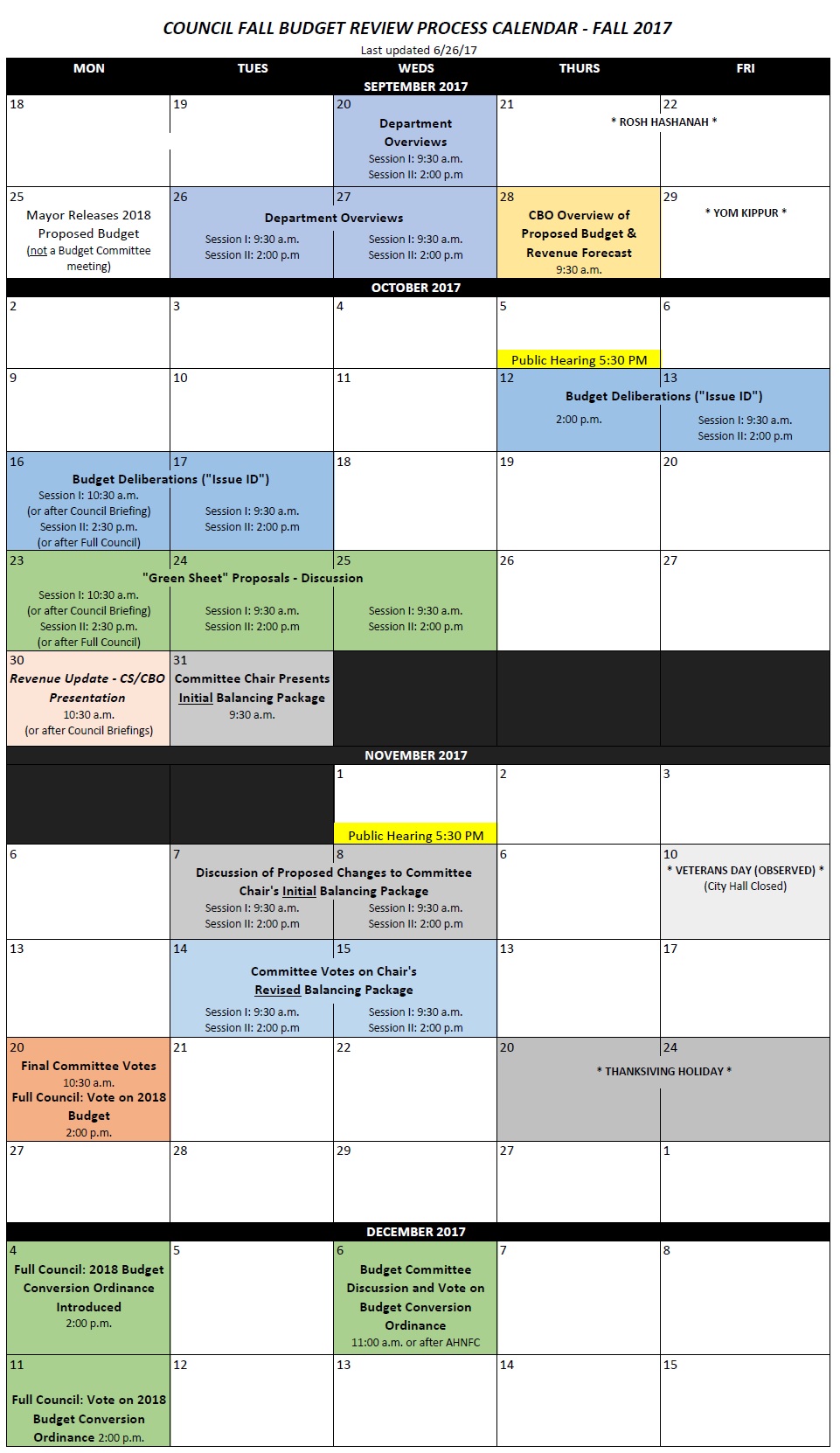 On Monday, September 25, Mayor Ed Murray will release his 2018 budget proposal. The Council will meet with city staff over three days, September 20, 26 and 27, to review the endorsed 2018 budget and the needs of major departments. On September 28, the City Budget Office will present its revenue estimates, letting the Council know how much money they will have to spend next year. On October 5, the Council will hold a public hearing, so that members of the public can provide their input.

That wraps up the information-gathering period; then the Council rolls up its sleeves and starts (re-)writing. They will use the same process they did last year:

This process went surprisingly smoothly last year when it was tried for the first time; the “balancing package” approach avoided a ton of paperwork for uncontroversial items. That let the Council members focus their attention on the more difficult and divisive issues. The approach depends heavily on cooperation among the Council members; there’s no guarantee that there will be that level of agreement and cooperation this year, though little evidence that there are major disagreements. We’ll learn more about that in the weeks to come.