Today the Seattle Office of the Hearing Examiner released its decision on the latest appeal of the city’s attempt to complete the “missing link” of the Burke-Gilman Trail through Ballard. The examiner affirmed the validity of the Final Environmental Impact Statement, which clears the project to go forward unless it is appealed further up the line. 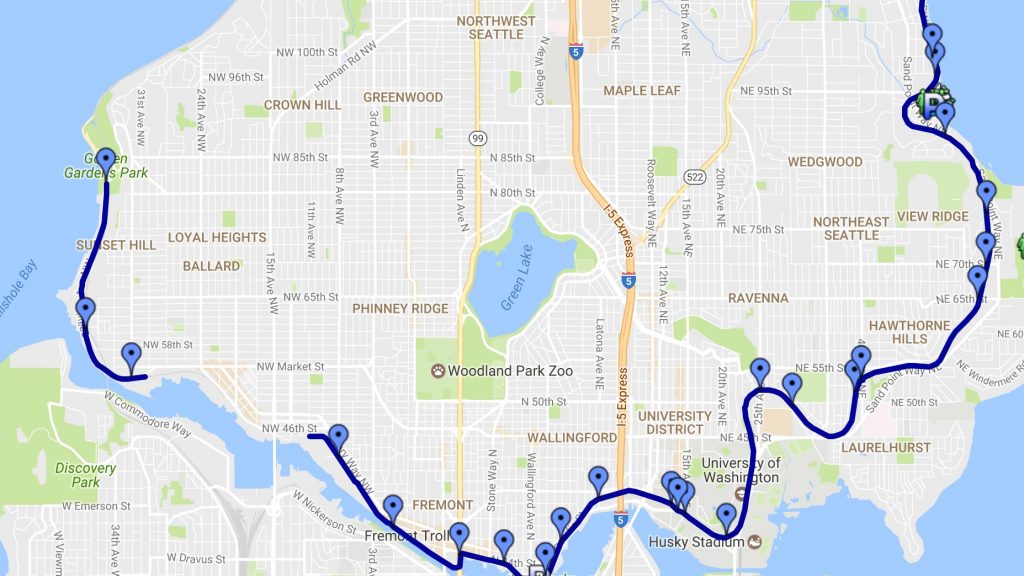 The city’s work on a plan to complete the missing link has been ongoing since 2001, and the project’s history since then is a testament both to government bureaucracy and to the ability of committed activists to block a project by tying it up in legal proceedings.

The State Environment Protection Act  (SEPA) requires that projects be evaluated for their impact on the environment, and if the impact meets the threshold of “significant” it requires a full Environmental Impact Statement (EIS).  That requires publishing a draft EIS, holding a process for public comment, and then issuing a final EIS (FEIS). The FEIS isn’t itself a greenlight for a project; that’s still left up to the appropriate officials. But it ensures that there is a robust and transparent discussion of the impacts of the project and what it would take to mitigate negative impacts.

SDOT decided to prepare an EIS for the entire Missing Link project, not just the Shilshole segment, and to include evaluations of alternative routes. They published a draft EIS in the summer of 2016, and the final EIS in May 2017. It was promptly appealed, once again, to the Hearing Examiner, leading to today’s decision.

In the meantime, the city has continued design work on the Missing Link. At the time the draft EIS was published, the project was 10% designed; today it’s 90% designed, and a preferred path through Ballard has been chosen.

The appellants, Ballard Coalition, are a group of industrial businesses along the Missing Link who are concerned about the hazards inherent in having the Burke-Gilman Trail run across their driveways. The city counters that cyclists are already moving through the “missing link” to bridge between the pieces of the trail, and completing the missing link will reduce the hazards that already exist by funneling traffic, redesigning streets to separate bikes and pedestrians, and increasing signage to raise awareness.

The test for the adequacy of an EIS is whether it presents decision makers with “a reasonably thorough discussion of the significant aspects of the probably environmental consequences” of the decision. It’s judged by the “rule of reason,” “a broad, flexible cost-effectiveness standard,” and on a case-by-case basis.

The appellants fired a legal blunderbuss at the Final EIS in the hope that the hearing examiner would find validity in enough to send it back for more work and continue the process of delaying the project. Their arguments include:

In the end, the Haring Examiner concluded that “the weight of the evidence presented supports the determination of the FEIS that the Preferred Alternative will improve safety for non-motorized users over existing conditions. With regard to the concerns for safety raised by the Appellant, many of these are existing conditions for cyclists, and are not created by the Missing Link proposal.”

With that, the Hearing Examined affirmed that the FEIS is adequate. The Ballard Coalition has 21 days to either file a Motion for Reconsideration, or to appeal it to King County Superior Court (again). Assume they will, which will likely tie it up in court for another year.

Two weeks ago, O’Brien’s committee heard an update on the Missing Link project design work and outreach. You can check it out here or watch the video on Seattle Channel.