This morning, the Council got an update on what’s happened with planning for OVG’s remake of Key Arena since the city and OVG signed their MOU.

As you may recall, the deal wasn’t done when the MOU was signed; the dealmakers and lawyers moved on to negotiating a set of “transaction documents” with all the gory details of the project and the operating terms once the arena is rebuilt. Currently they are focused on three of them: the “development agreement” which lays out the plan for two years of construction, the lease itself, and the “integration agreement” for how the Arena (which will be managed by OVG) will integrate and cooperate with the rest of Seattle Center. 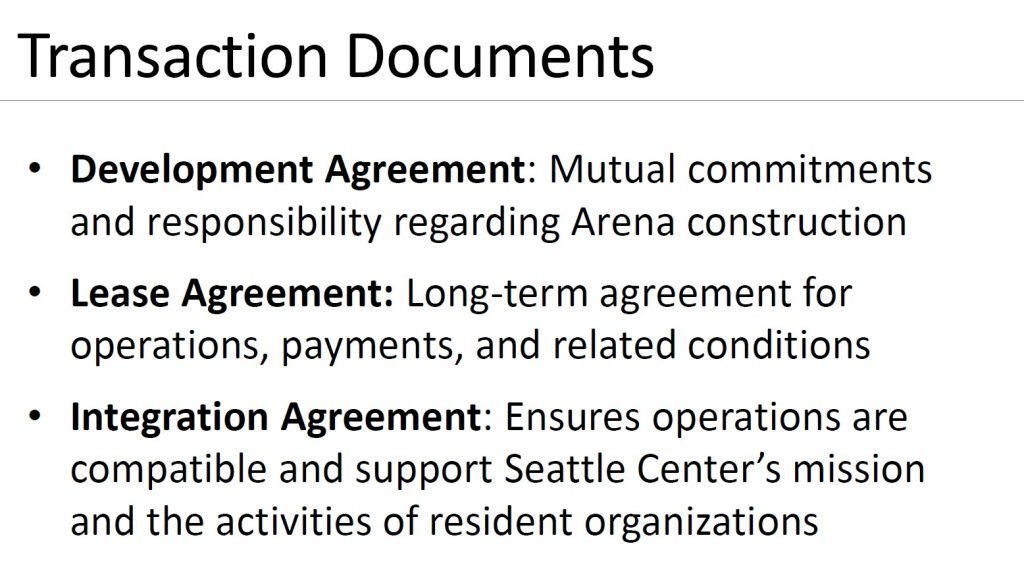 According to city staff, the lease agreement, which is where the financial arrangements are codified such that the city’s investment and risk are minimized, is the farthest along of the transaction documents. The city is also looking at OVG’s “backstop,” making sure it has sufficient financial support to ensure that it will get all the way to the end of construction.

The design and permitting process for the Arena redevelopment is moving along. The team has hit the “50% design” milestone, and those plans are being reviewed by city departments and the Seattle Design Commission. 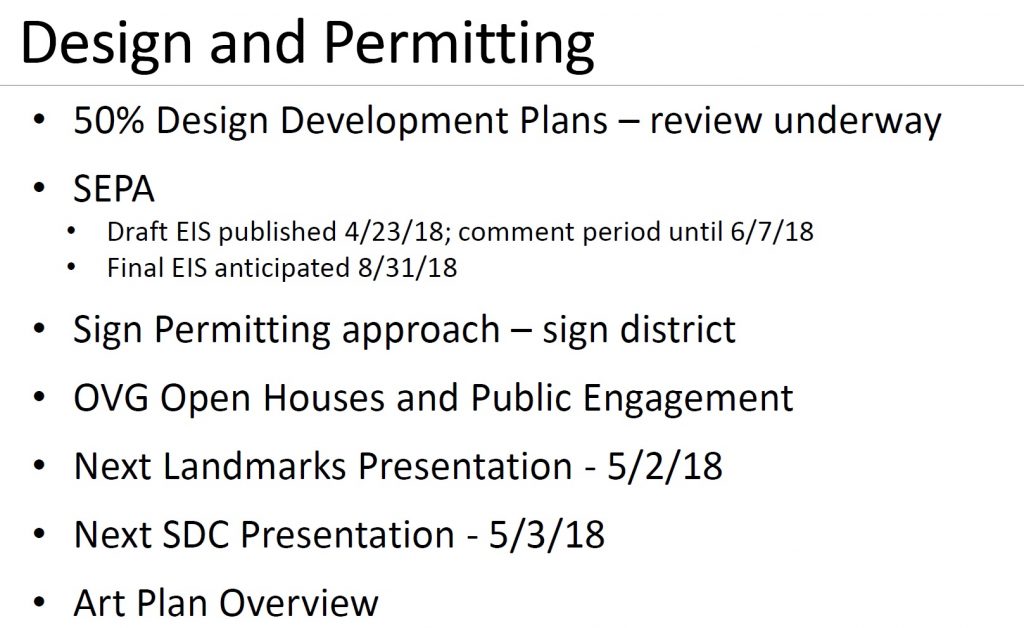 In the meantime, pre-construction work has begun. The city is vetting OVG’s construction logistics plan, and a noise variance application is in process through SDCI. Also:

The last event in the old Key Arena before it closes will be a pre-season Golden State Warriors NBA game.

The Council’s Select Committee on Civic Arenas has four more meetings scheduled over the coming months:

You can watch this morning’s committee hearing on the Seattle Channel.