Despite various factions in the city lining up either for or against the proposed “head tax” on large businesses in Seattle, the City Council rolled up its sleeves today and got back to work debating the nuts and bolts of the proposal. Their goal is to finish it up on Friday and pass it into law next Monday. 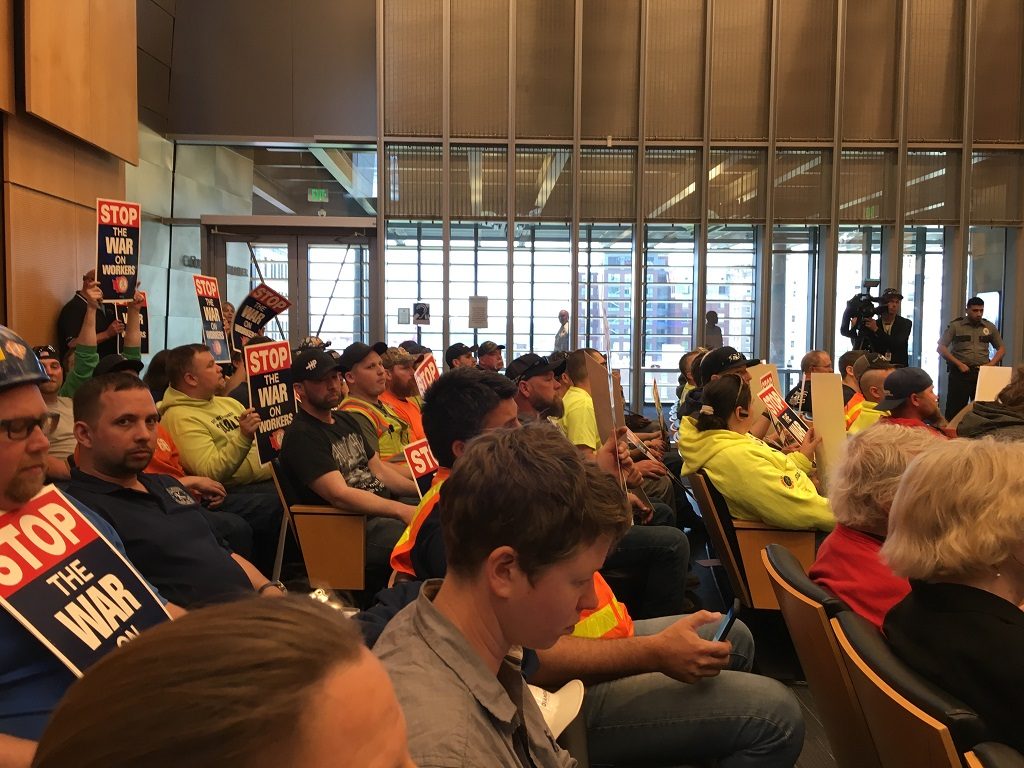 The Council members spent two hours this morning and another two this afternoon picking up where they left off in walking through two memos prepared by their staff. Those memos flagged a number of issues with the legislation — both the tax itself and the spending plan.

Affordable-housing and homeless activists held a rally outside City Hall this morning and showed up in force for the public comment session in this morning’s meeting to voice their support for the tax. Construction workers held a rally this afternoon and sat through the afternoon meeting wearing their safety vests to register their opposition. 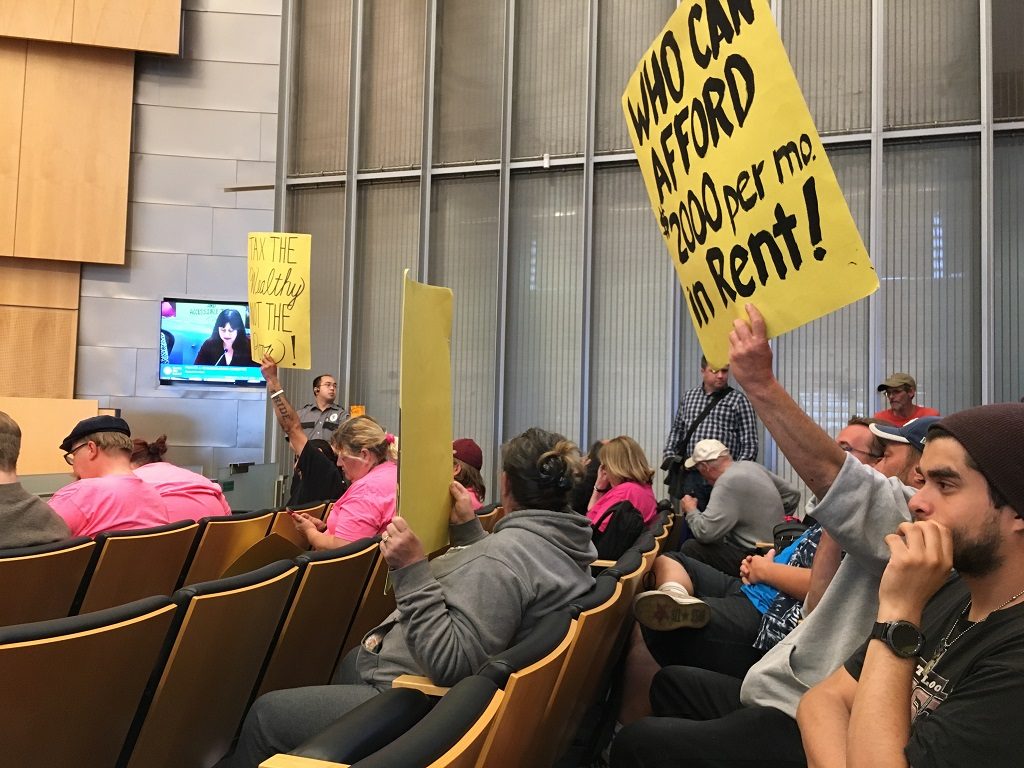 In the meantime, Mayor Jenny Durkan spoke to reporters after a speech today and let it be known that she opposed the tax proposal as currently defined, but was working behind the scenes to negotiate a compromise.

With Durkan’s comments today, and others made by Council member Gonzalez, the parameters of a compromise bill that would gain broader support (or at least not active opposition) are starting to come into focus. Such a compromise would include:

Other potential changes to the legislation that might find their way into a compromise bill include:

Three issues were raised for consideration today that left the Council divided:

Finally, Gonzalez noted that the issue of using a employee-hours tax versus a payroll tax has continued to raise concerns. Early feedback was that businesses felt that a payroll tax would be more equitable and less burdensome on small businesses that are more dependent on low-wage workers. But Gonzalez said this afternoon that she has heard from other companies that a payroll tax would be too burdensome on them. She suggested that she might bring forward an amendment that drops the payroll tax and keeps it as an employee-hours tax throughout its duration, so that the Council can debate and decide which approach it prefers.

The Council reconvenes Friday morning at 9:30 to begin considering amendments, and if all goes according to its plan, it is likely to vote the bill out of committee in that meeting. That would set it up for final passage as soon as next Monday, if the Council members feel comfortable that they have addressed all the remaining issues by then (though it would almost certainly see a few last-minute amendments on Monday afternoon before the final vote). Between now and Friday morning, the Council members and their staff will be madly drafting, circulating and reviewing amendments. With so many issues under consideration, and active negotiation underway with the Mayor’s Office, it’s unclear whether it will all come together by Friday. With five “yes” votes, the Council doesn’t have a veto-proof majority, so the bill’s sponsors need to either find a compromise with  Mayor Durkan or bring one or two more of their fence-straddling colleagues on board.

It was good to see that for the most part the Council members put acrimony aside today and rediscovered their ability to communicate their priorities and concerns openly in a spirit of cooperation and compromise. It was a big change from the tone set last week.

We’ll know more on the fate of the head tax on Friday morning.