After years of complex transactions, land-use decisions, construction projects, and moving money around, the city of Seattle is on the verge of disposing of the “Mercer Megablock,” a 96,000 square foot parcel of land in the heart of South Lake Union. So naturally, a set of activists are agitating to have the city rethink the plan. 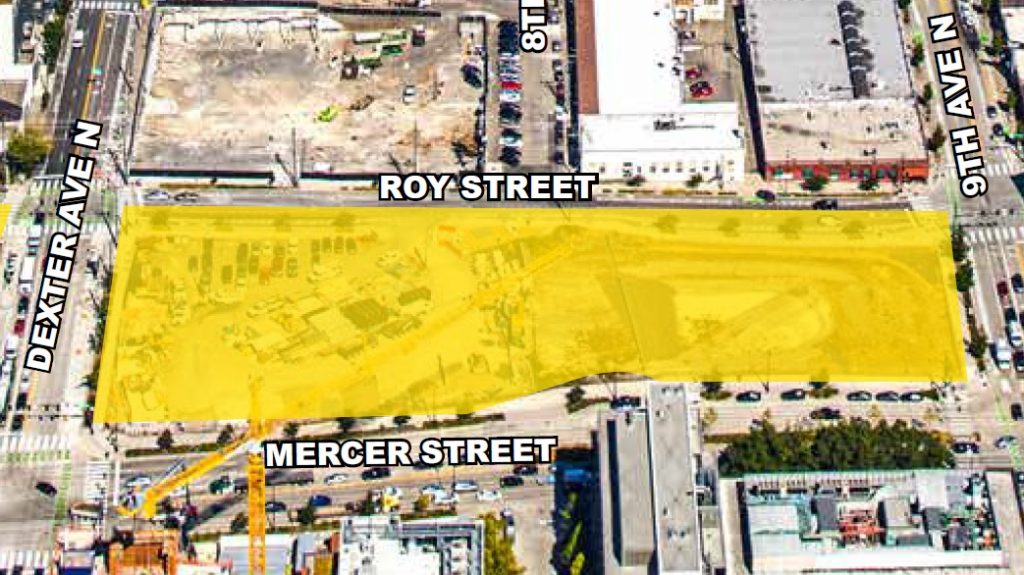 This particular piece of property was, until very recently, two separate parcels: the old Broad Street, and the “teardrop site” carved out by Broad Street as it worked its way through South Lake Union. 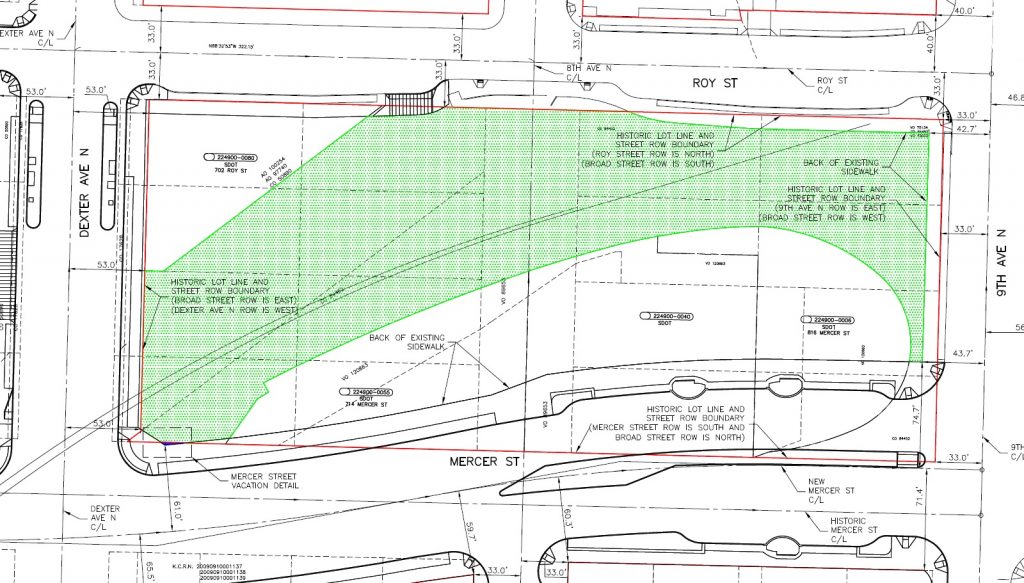 Broad Street was of course SDOT property; the teardrop site was originally owned by Seattle City Light, but was transferred over to SDOT when it was agreed to combine the parcels together as part of the massive Mercer reconfiguration project. Then this section of Broad Street was vacated but left under SDOT’s control, and the two pieces of property were joined together.

But there’s more: regrading the western part of the parcel, including filling in Broad Street (which was below grade) was a big job. To cover the cost, the city made a $26 million internal loan to SDOT, to be repayed in part over time and ultimately with proceeds from the eventual sale of the property. But it took longer to complete the Broad Street vacation, so the city had to extend the interfund loan. Now it’s to be repayed by the end of 2019.

And there’s more: remember last fall when the “head tax” failed to pass the first time and it threw the budget process into chaos? Part of the City Council’s emergency patch was to borrow another $4 million internally, to be repayed when the Mercer Megablock site is sold.

Last December, the City Council passed a resolution authorizing the sale of the Mercer Megablock, along with an adjacent property, through an RFP. The resolution makes clear that the proceeds of the sale (after paying back the debt) should go toward affordable housing. 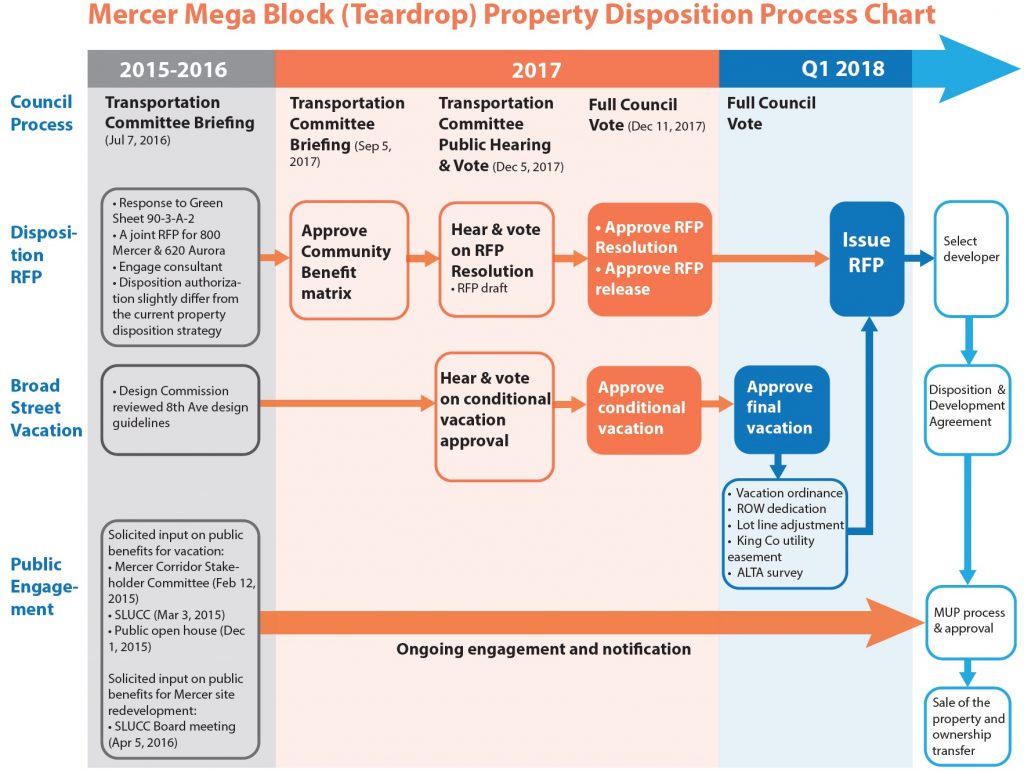 The city contracted with JLL to market the property — though its pitch hit a sour note with some. The RFP was issued in July; proposals were due last Friday and the city hopes to select a winner by December.

The city has listed some specific requirements in the RFP, including terms for sale or lease, labor agreements, and remediating suspected environmental contamination on the property.  It has also made clear that it will prioritize bids that provide at least 150 units of affordable housing on-site.  According to the city’s site evaluation, the property could sell for between $500 and $900 per square foot. At 96,000 square feet, it could go for between $48 and $86 million.  However, the city also says in the RFP that it would prefer to sign a long-term lease instead — an option that might make it more attractive to non-profits wishing to develop affordable housing (lower property taxes, and no big upfront cash payment). 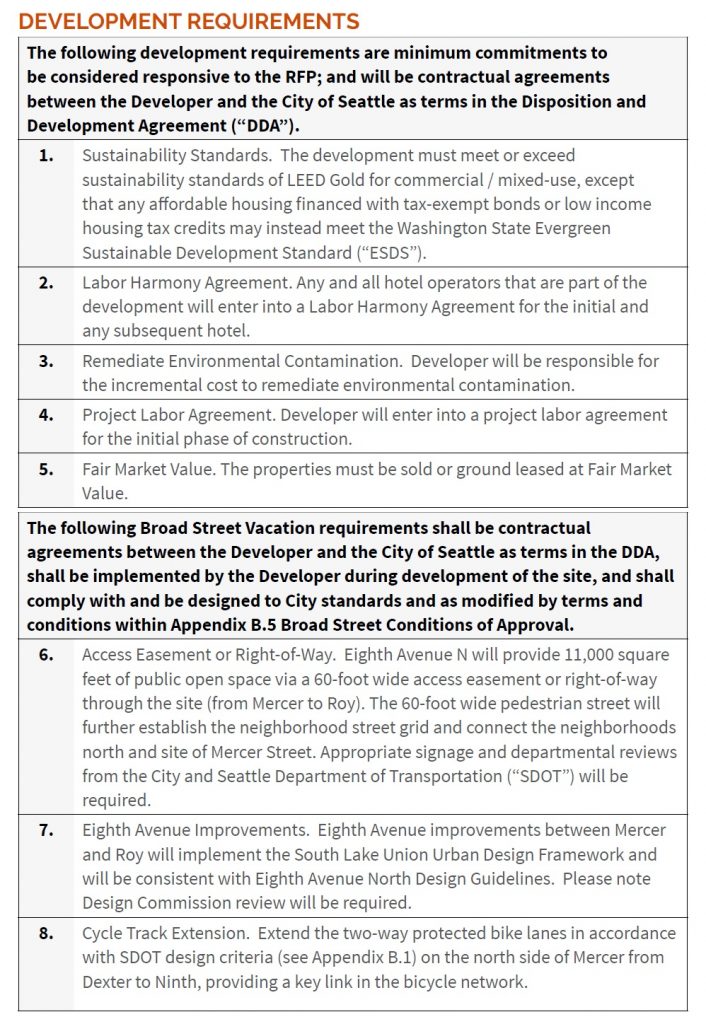 However, recently there has been a movement to get the city to scrap the RFP and start over. Since the state passed HB 2382 in the spring, which allows local governments to dispose of surplus property at less than fair-market value for affordable housing projects, the city has a new tool in its possession. Council member Teresa Mosqueda, whose committee oversees housing efforts, has been pushing the Mayor’s Office to look at it.

In response, City Budget Director Ben Noble sent Mosqueda a memo explaining why he and the Mayor believe it’s a bad idea to scrap the RFP and start over. He notes that the Council committed to sell the property to repay the two interfund loans, and that the balance of sale proceeds — which could be as much as $65 million — can be applied to build affordable housing at other locations (on top of the 150+ affordable units the city wants to see from bidders). Noble also points out that it’s not good for the city’s reputation to withdraw its RFP at this point, if it wants bidders for future projects. Preparing bids takes time and money, and developers do it on faith that the investment is being solicited in good faith. In this case, the City Council approved the plan to sell the Mercer Megablock, through an RFP, at multiple stages, and chose to arrange financing based upon that assumption. 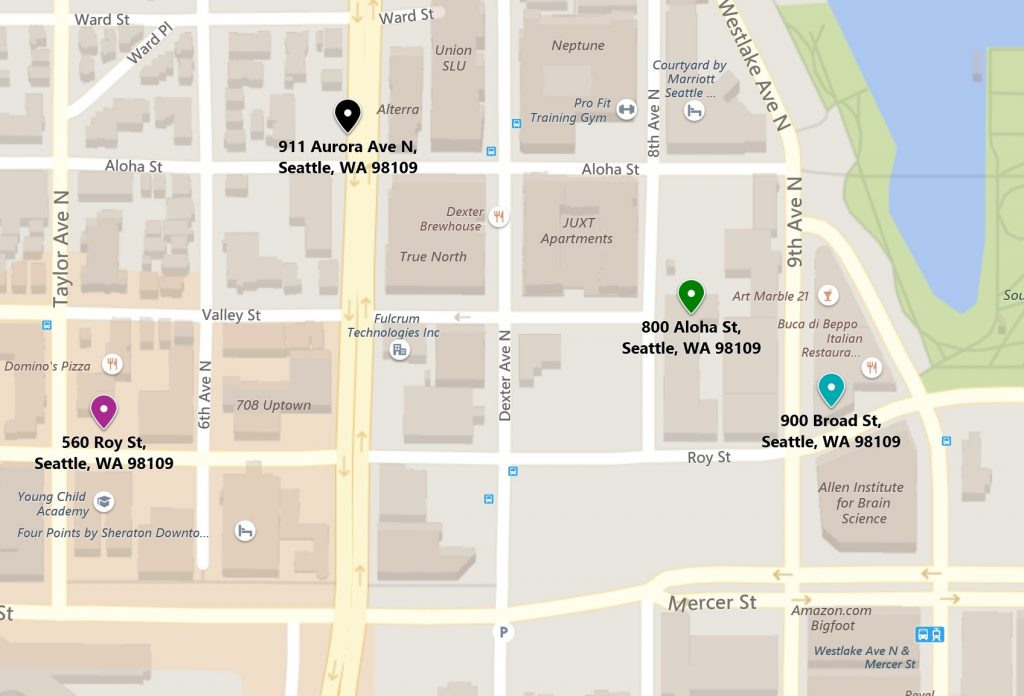 The alliance of organizations pushing for a reset on the RFP is undeterred. It has suggested in an op-ed that the city should sell off only the minimum amount of property necessary to pay off the debt, then make the remainder of the property available for affordable housing. What that doesn’t account for, however, is how much more valuable a larger property is because of the wider variety of development options than a smaller property with limited options.

One last note: the Mercer Megablock is in the Lake Union seaplane flight corridor, so the northern end of the property has height restrictions. Sigh.

The clock is now ticking: the city has six bids in hand that were submitted before last Friday’s RFP deadline, and must decide over the next two months whether to move ahead or reverse course.