This morning, District 4 Council member Rob Johnson announced that he will not be seeking re-election next fall. 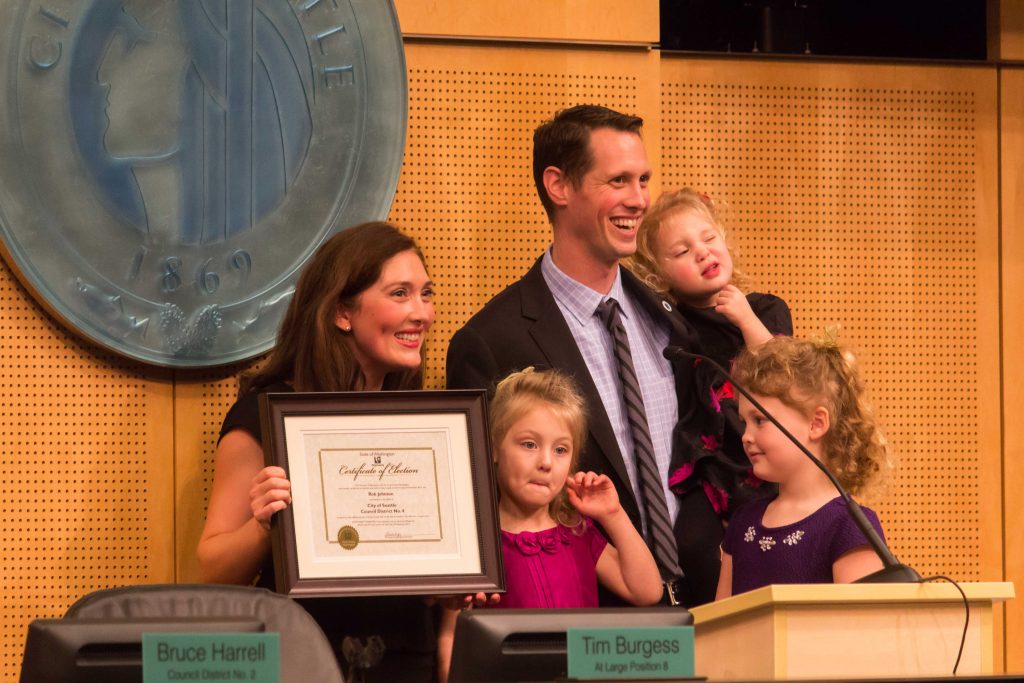 Rumors have been swirling for months that he would not run again, but Johnson made it official today. In a message to his constituents, he invoked the time-honored cliché of wanting to spend more time with his family, though in his case there is every reason to believe that is the truth.

“While this job has been more humbling and rewarding than I ever could have anticipated back when I took office in 2016, I have come to acknowledge the strain this role places on family life. As any parent could relate, time seems to move faster each year, and I look forward to spending more time with my family, being an active PTSA member at my girls’ school, and remaining civically engaged in this city we call home.”

During his term, Johnson has held a central role in moving forward the MHA program, starting with the University District in his own Council district 4. He has also pushed forward reforms to the city’s parking policies as a dedicated “Shoupista,” and has fought for improvements to Magnuson Park. Johnson was a key backer of the Families, Education, Preschool and Promise Levy that was passed by voters earlier this week.

Johnson will serve out the rest of his term, through December 2019.

As of this afternoon, no one has yet filed to run for the District 4 Council seat next year.

Mayor Jenny Durkan and Council member Lorena Gonzalez both released statements today praising Johnson for his work on the Council.