This morning, Council member Rob Johnson and his colleagues took the citywide MHA legislation off the shelf, dusted it off, and restarted its journey to the finish line.

First, the city must address the one area that the Hearing Examiner found insufficient: the FEIS’s discussion of impacts on historic resources. To address that deficiency, the city will be issuing an addendum to the FEIS by the end of January that includes several additional sources and analysis, including: 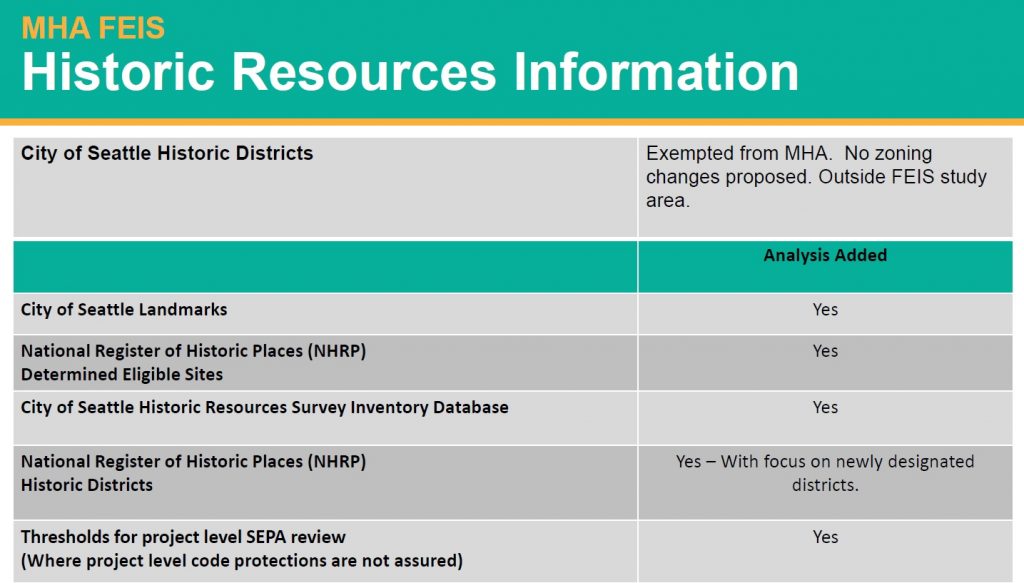 The addendum is also expected to contain a discussion of additional mitigation measures that the city could take to address the impact of MHA on historic resources, including: 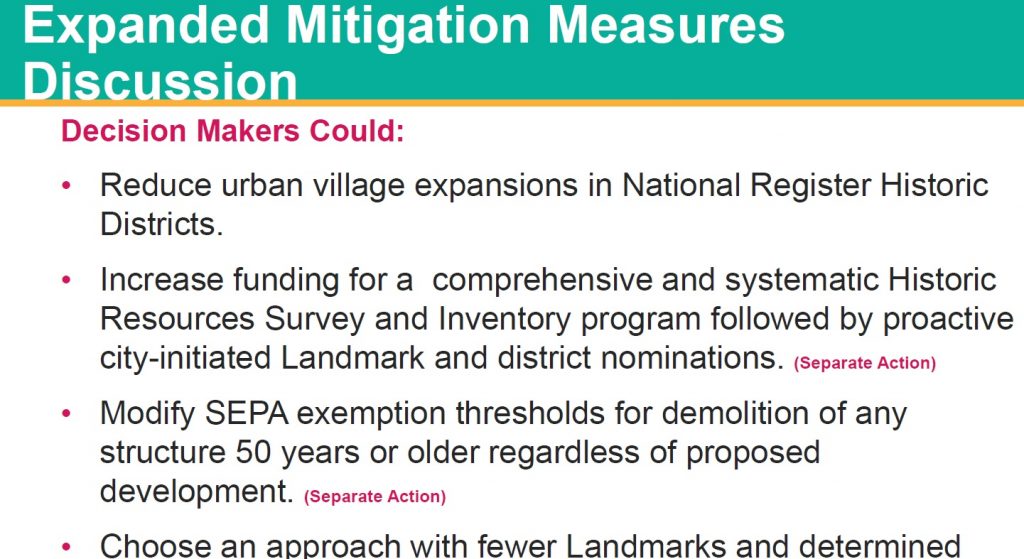 The city also said that to-date as they have worked through the additional analysis, they have not found any new adverse impacts. 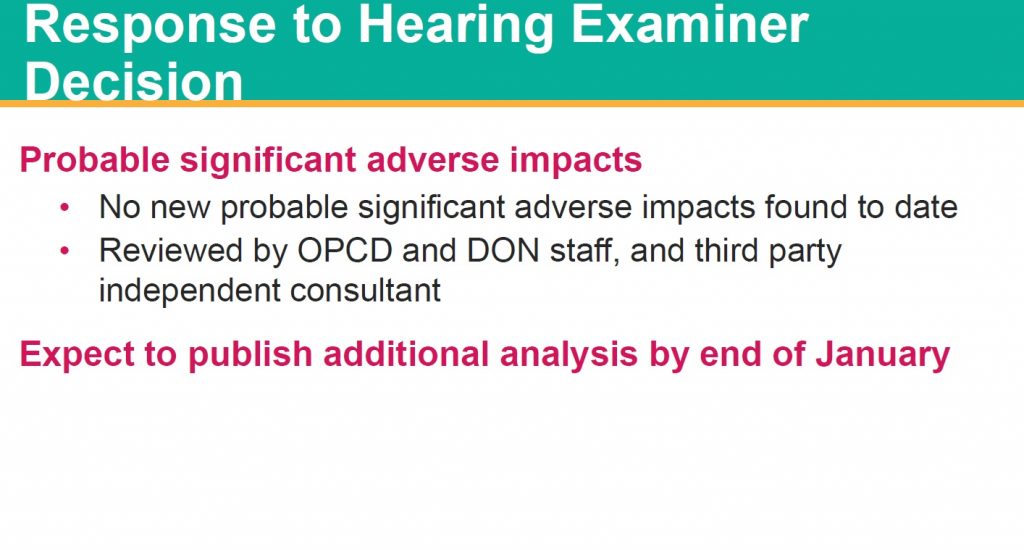 The second part of the meeting was the beginning of a review of potential issues with the draft MHA legislation as transmitted from the Mayor’s Office in 2017 that the Council might choose to address through amendments. Today’s part looked at cross-cutting issues; next Monday and Wednesday Johnson’s committee will be going district-by-district to review location-specific issues.

Council members were reminded that the only amendments that can be considered are those that keep the MHA legislation within the boundaries of the options studied in the FEIS — otherwise the EIS would need to be redone to study the impacts before the legislation can be adopted.

The conversation will continue next Monday.