Last week Mayor Durkan announced that the city had reached an agreement with a group of property owners in the proposed Waterfront LID area that would allow the LID to move forward and ensure that the Waterfront Park project is fully funded. The Mayor’s Office has made available a copy of that agreement, along with the accompanying legislation and other documents that have been transmitted to the City Council for its review and approval.

The main documents in the packet of materials include:

There are four main parties to this complex arrangement:

Under the new agreement, the total budget for the project is $712 million. $160 million of that will come from the Waterfront LID in a specially assessed tax over 20 years, a reduction of $40 million from the original proposal. The city will cover the reduction; Mayor Durkan said that it would do so by dedicating existing commercial parking tax revenues to the project (she said that a recent close examination of the city’s existing bond issuances that are backed with commercial parking tax revenues showed they had more capacity than previously recognized).  The Friends of the Waterfront will contribute $110 million to the project through philanthropic fundraising; $102 million in addition to the $8 million originally raised. 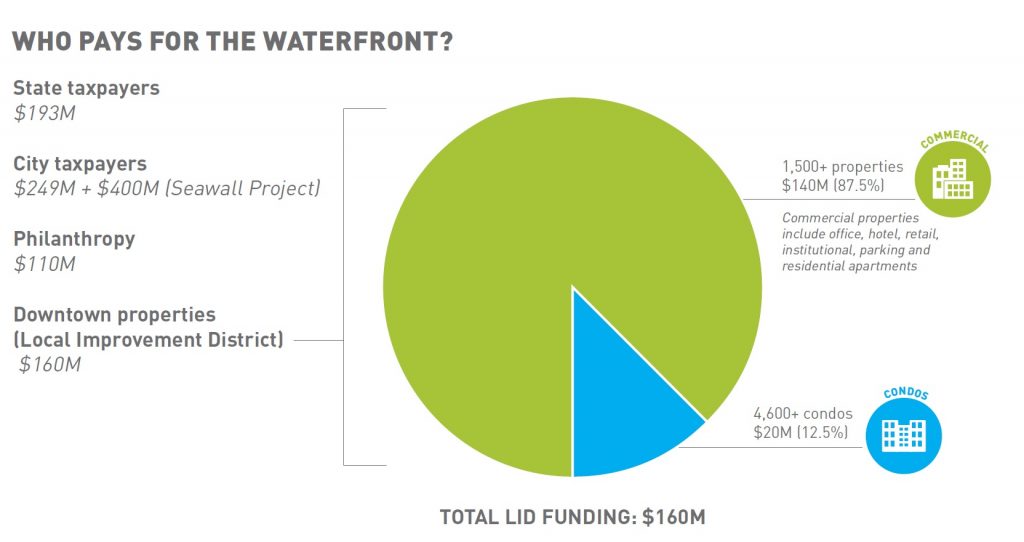 Other pertinent details of the agreement include:

In last week’s press conference, the city also distributed its updated projections for LID assessments. It suggests that the typical condo owner will pay $1900, or amortized across 20 years (with interest), $8 per month. 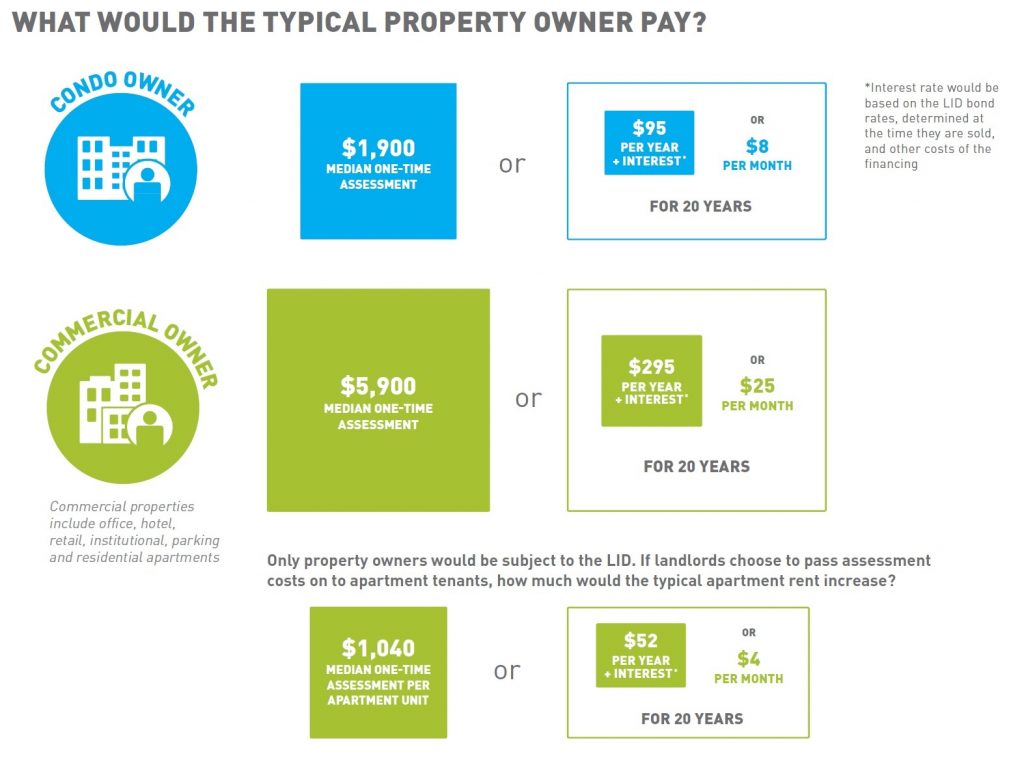 Here are the city’s estimates for the range of assessments based upon its current roster of properties within the proposed LID area: 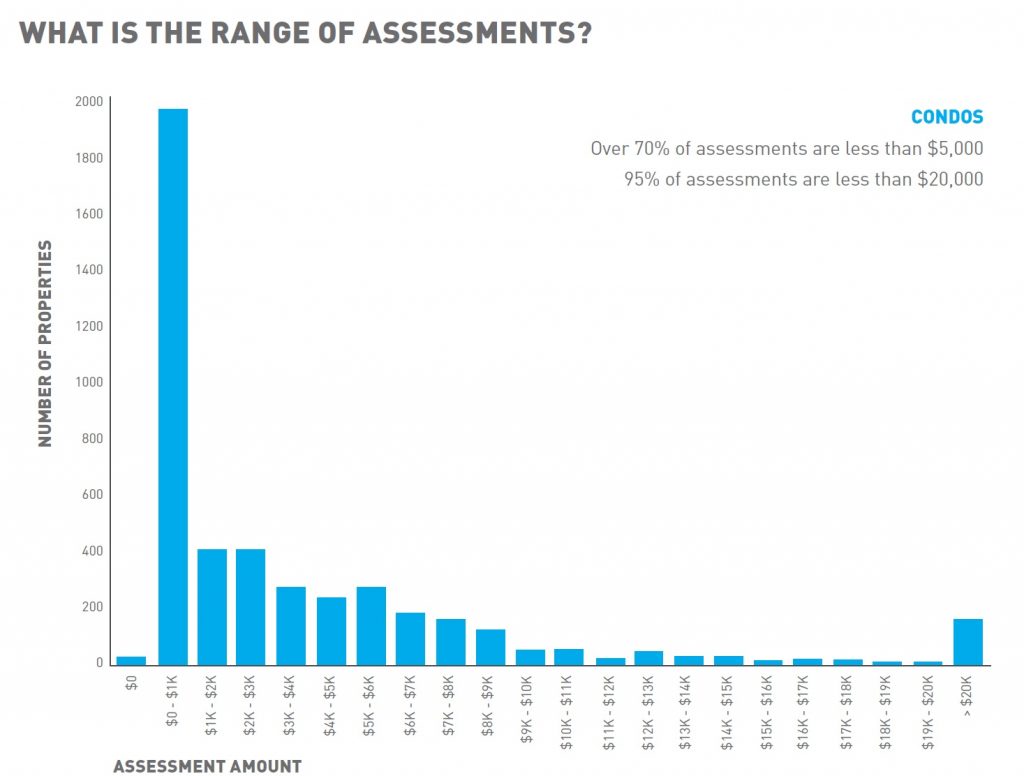 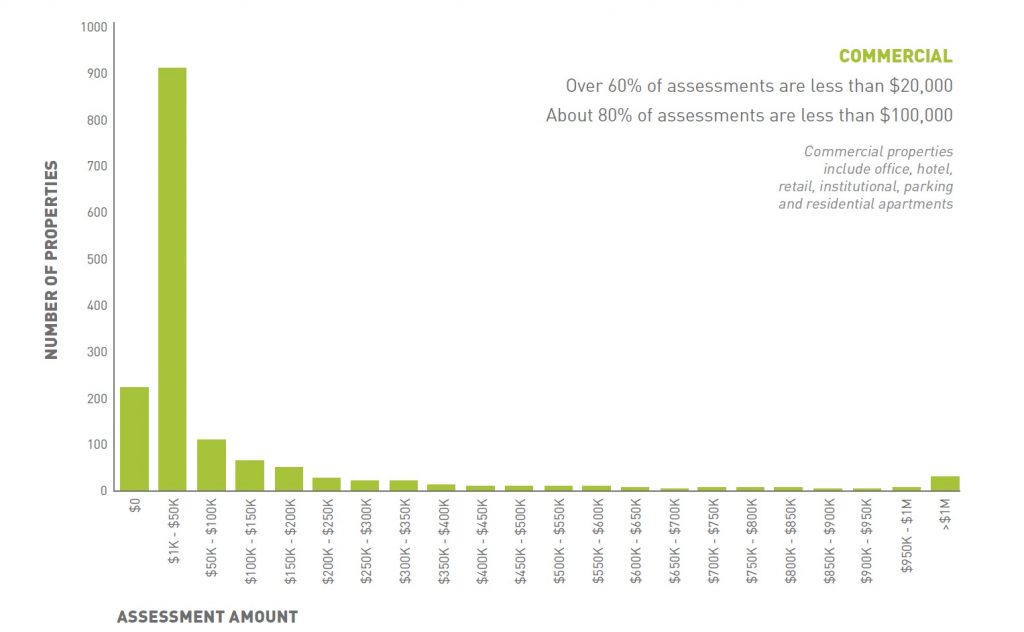 The agreements and accompanying legislation will be heard in Council member Juarez’s committee, with an initial briefing on January 14th, a detailed walk-through on January 16th, and a potential vote out of committee (after amendments) on January 24th.