This afternoon, the City Council voted to approve the long-debated Waterfront Local Improvement District (LID), along with companion legislation that approves an operations and management agreement for the resulting Waterfront Park and a “protest waiver” agreement with the owners of a majority of the property interests in the LID assessment area. 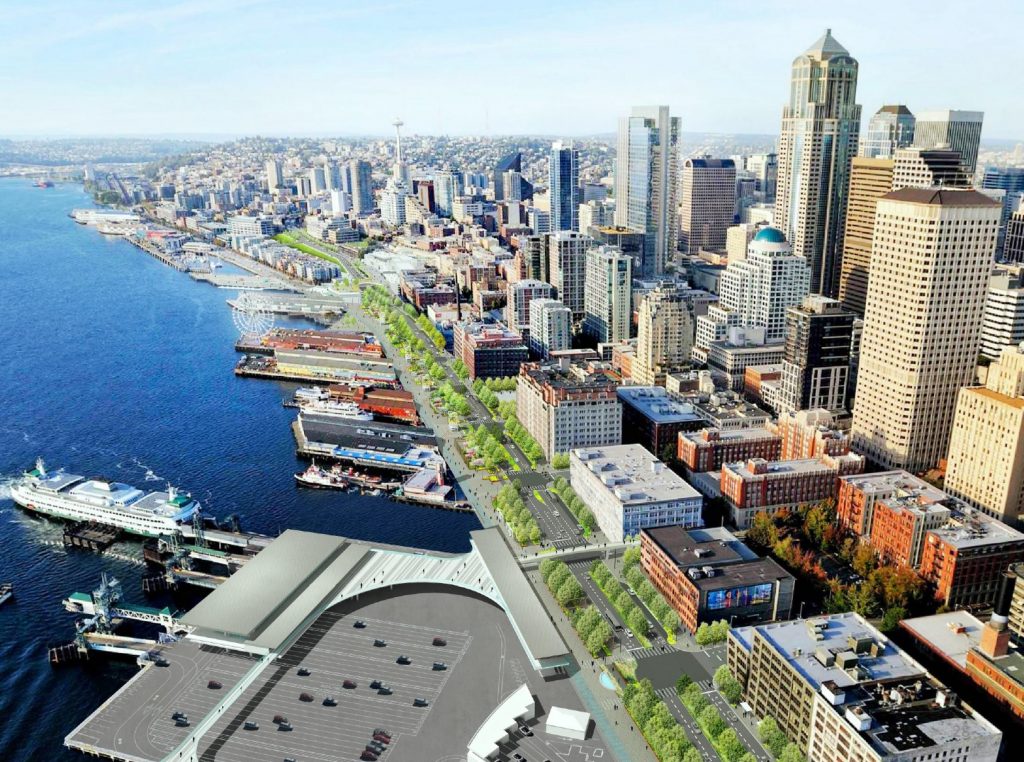 The vote almost got derailed. As a quasi-judicial matter, the approval of the LID is subject to the state Appearance of Fairness doctrine, which restricts ex parte communications while the matter is under consideration. Last Friday, the Council staff published a memo disclosing several additional briefings that Council members and/or their staff received from the Office of the Waterfront in the months and days preceding today’s vote. The ones that occurred outside of open Council meetings could be considered ex parte communications.

This morning, the city received a letter challenging seven of the nine Council members (all but Harrell and Herbold) as having violated the Appearance of Fairness Doctrine because of those extra briefings. So to “cure” the possible violations, before the vote could be taken, each of the seven Council members implicated took turns describing the briefings they received, explaining why they weren’t violations of the Appearance of Fairness Doctrine, and stating that they are not biased. According to the city’s rules (adopted in 2015), doing so allowed them to participate in today’s vote.

After that, the Council voted 8-0 to approve the LID (Gonzalez was absent today).

Council member Juarez, who shepherded the legislation through the Council’s process, and Mayor Durkan issued a joint press release this afternoon celebrating the passage of the LID. Downtown Seattle Association President and CEO Jon Scholes also issued a statement praising its passage:

“Today, we’ve taken another significant step toward realizing the vision and development of a spectacular new public space on Seattle’s waterfront.  The legislation approved by the City Council will ensure that the Central Waterfront Park is welcoming, clean, safe and attractive for years to come. This agreement includes important provisions for oversight and builds upon the effective and successful public/private partnership model established by DSA and the city, which has led to the transformation of Westlake Park and Occidental Square. With today’s vote and the continued support of city leaders, property owners and the community, we soon will begin to see what will be one of the great public spaces in North America take shape. DSA has advocated to reconnect downtown to our central waterfront for nearly two decades, and we’re thrilled to see continued progress and momentum on this exciting project.”

It will be sixty days until the LID officially becomes law. First, there is a thirty-day period for property owners to formally protest, and if more than 50% of the property interest protests then the LID is blocked. But the protest waiver agreement virtually assures that will not be the case, so the protest period is simply perfunctory — though members of the public testified during today’s public comment session that since the majority of the property interests in the LID area are commercial, the residential community is being disenfranchised.

Second, following the expiration of the protest period, there will be 30 days for legal challenges to be filed.

Once the challenges are dealt with, the city proceeds to finalizing the individual property assessments, with an expectation that the work will be finished in the fall — and property owners subject to the LID tax will have an opportunity to challenge their own assessment.