Today the Office of Housing released its draft Redevelopment Plan for the Fort Lawton site in Magnolia, moving the project one step closer to reality after a nearly thirteen years roller-coaster ride. 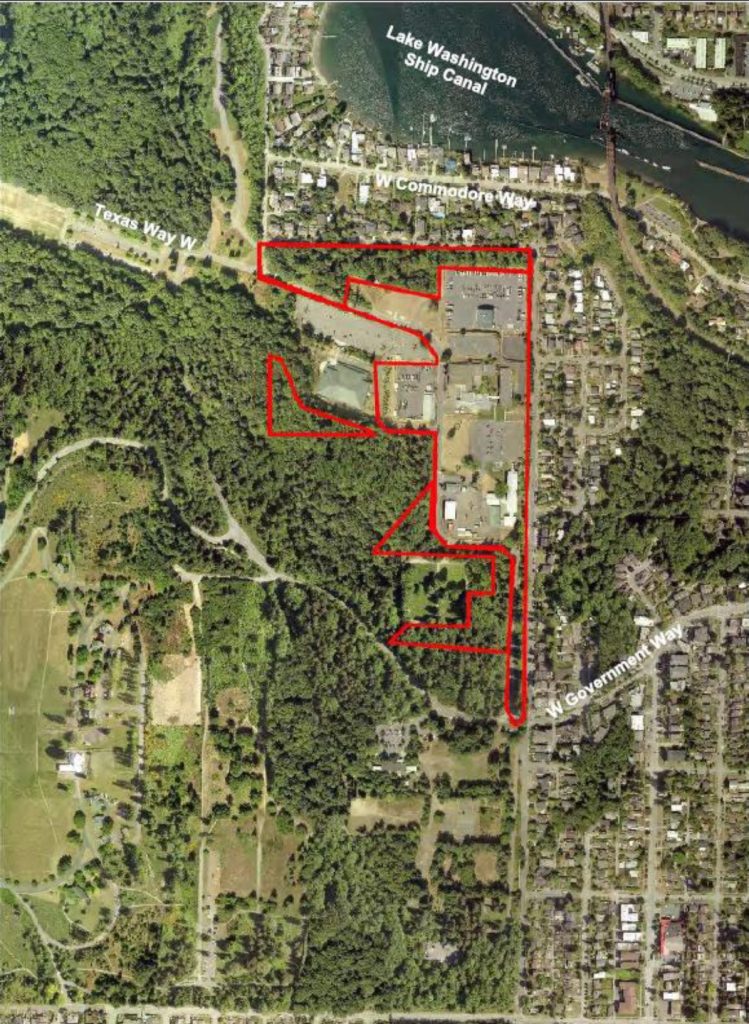 After the recent dismissal by the Hearing Examiner of a challenge to the Final Environmental Impact Statement (EIS), the city could take the next step and issue a redevelopment plan. During the contentious EIS process, some Seattle residents and advocacy groups (particularly those in Magnolia) argued that the 34-acre site should be used to expand nearby Discovery Park, while others advocated for increasing the amount of affordable housing beyond the 238 units in the proposal that the EIS studied.

The redevelopment plan issued today sticks to the plan in the Final EIS; if it did otherwise, then the city would need to re-do the EIS and further delay the project. The plan includes: 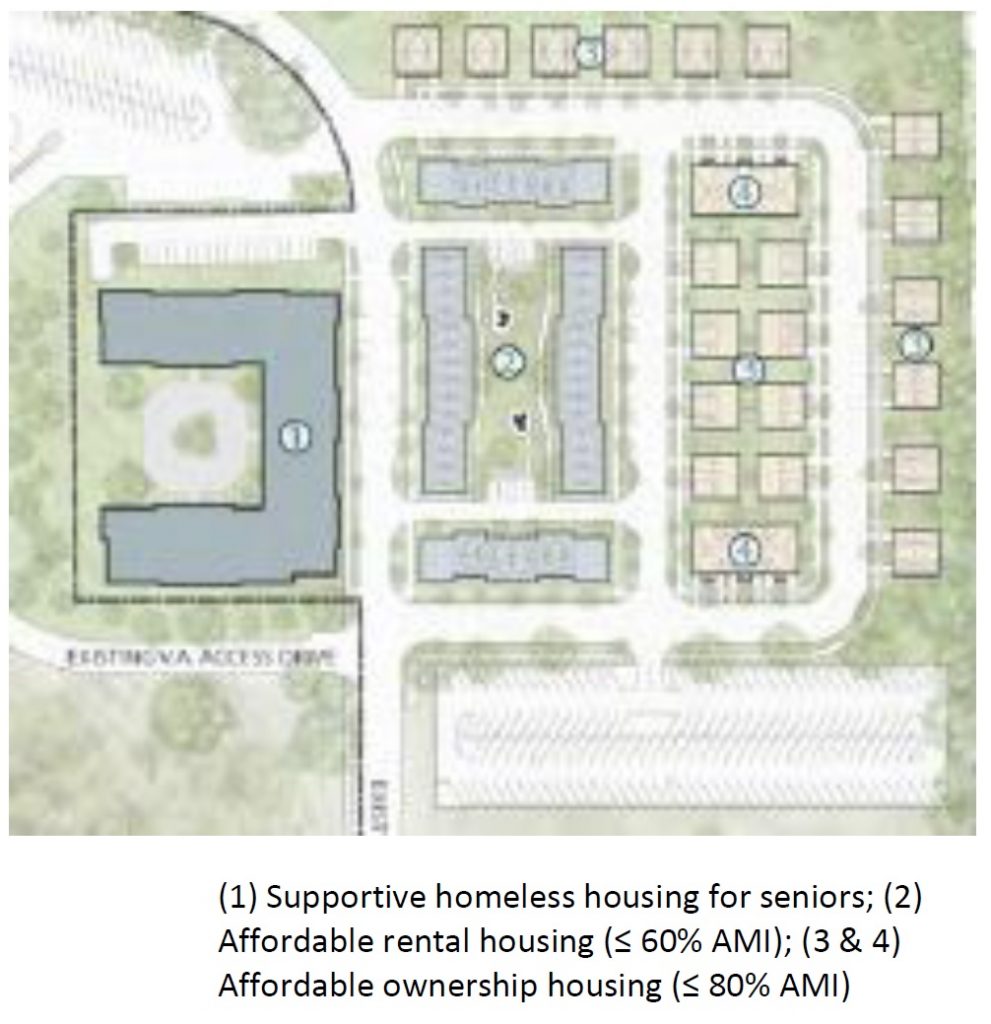 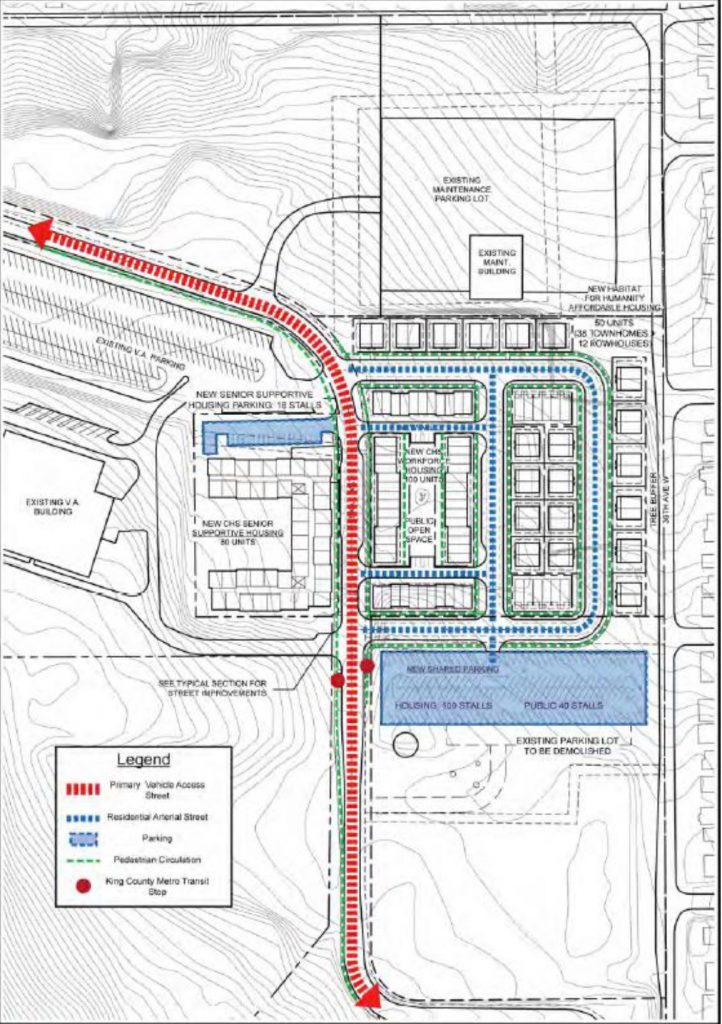 Here’s the breakdown of the 34 acres, by use: 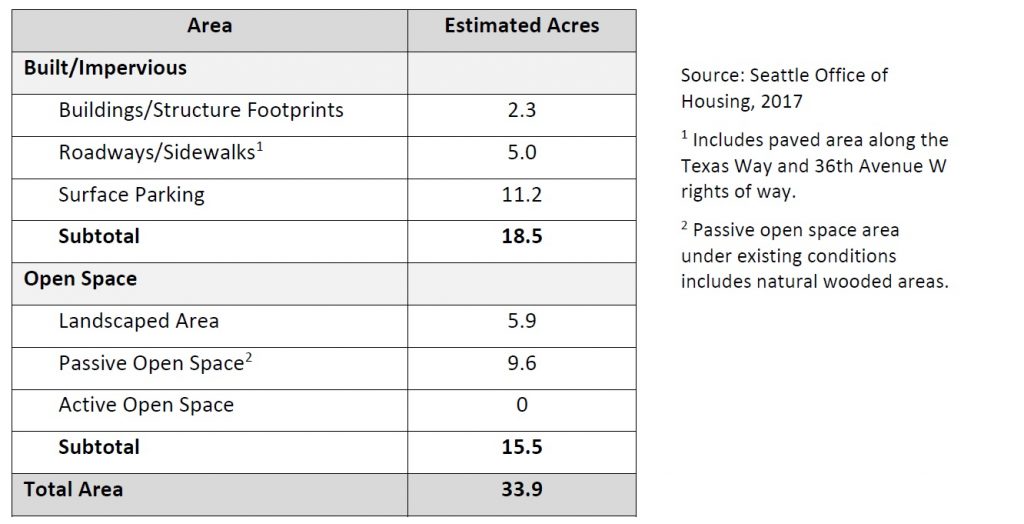 The funding will come from a number of sources, including the Office of Housing’s various programs, Low-income Housing Tax Credit Equity, the State Housing Trust Fund, HUD Self-help Ownership Opportunity Program, and the Federal Home Loan Bank (detailed budgets for the three housing developments are in the plan document).

The Office of Housing is now accepting public comment on the Redevelopment Plan; you can submit your comments until February 22 by postal mail, or email to housing@seattle.gov. The department is also holding a public hearing on the plan next Monday, February 11 from 5:30 to 8:30 at the Catherine Blaine School at 2550 34th Ave W. in Magnolia.

Once the comments have all been received, the city will consider them, potentially make adjustments to the plan (keeping it within the boundaries of the EIS scope), and submit the final version to the City Council for its approval — likely with its own public review process and tweaking. 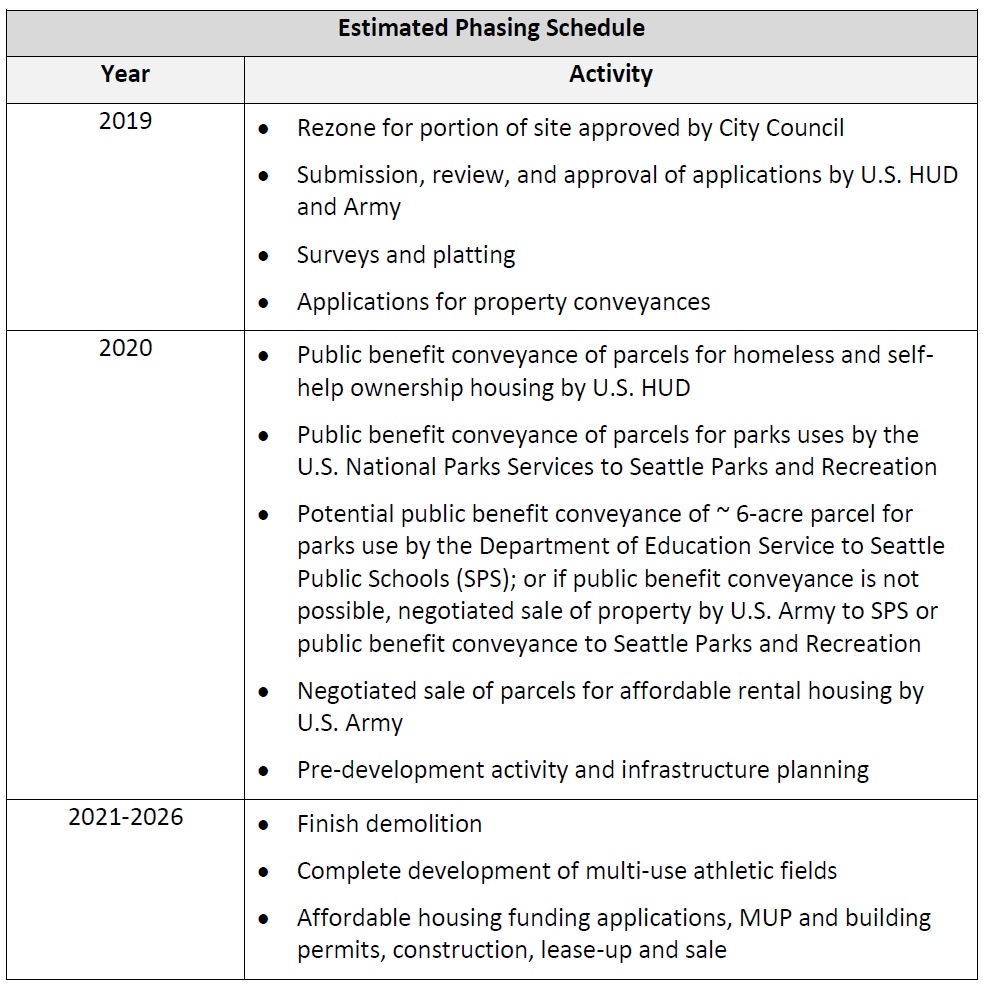