This afternoon, SDOT gave the City Council an update on the city’s “Vision Zero” initiative to achieve zero annual traffic fatalities. The bad news is that there has been little progress in the last several years. The good news is that SDOT has some new ideas for how to change that.

According to the preliminary 2018 figures, Seattle had 14 traffic fatalities, and 170 serious injuries. That’s 14 human tragedies that we should all grieve for. But while it’s little consolation, that makes Seattle one of the safest cities in the country on a per-capita basis when it comes to traffic fatalities. As for the trends, here are two charts that SDOT shared today: 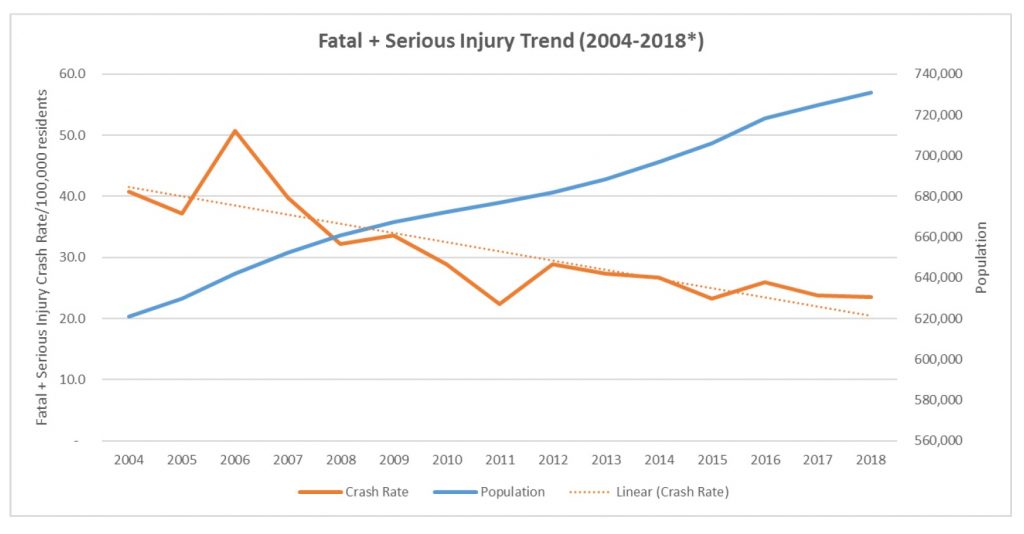 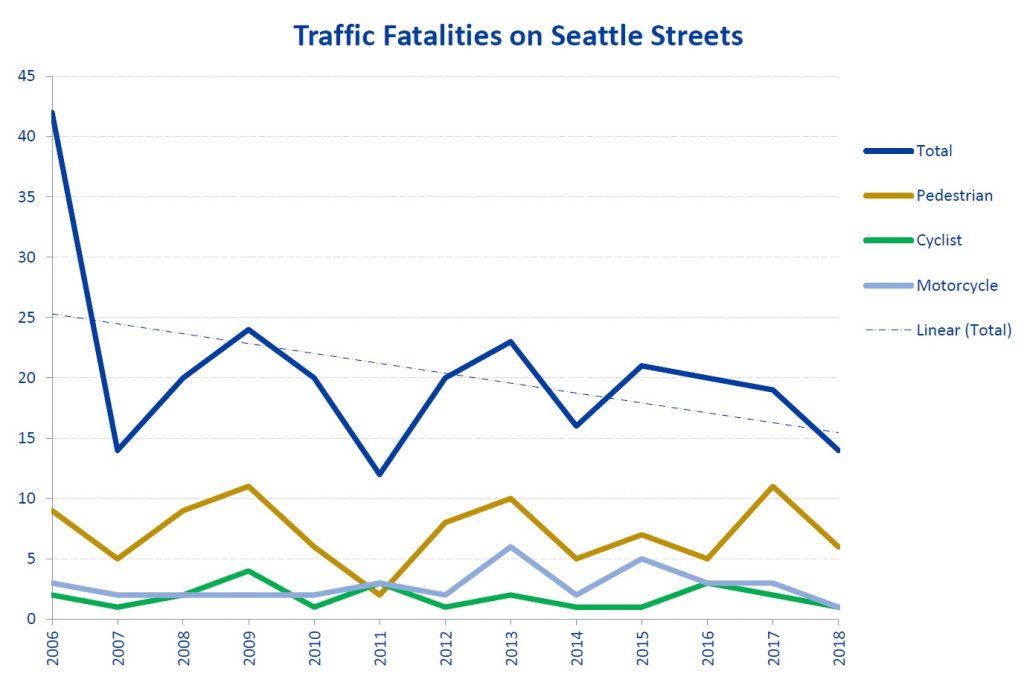 SDOT’s Jim Curtin summarized these slides by saying “We’re making progress.”  Which is a lie.  We can assume the data is accurate; the untruth is in the linear trend lines superimposed on top of the charts.  There clearly is no linear trend in either graph: in the top one, it’s been flat since 2011, and in the bottom one it’s been flat since 2007. Local transportation activist Ryan Packer pointed this out in the public comment session before today’s hearing (I did the same on Twitter over the weekend). Council member O’Brien, the transportation committee chair, echoed that sentiment, though he stopped short of calling it a lie. He did express his own and others’ frustration that the city isn’t making progress and his own powerlessness to do anything about it, while recognizing that SDOT didn’t have a permanent director for over a year (until last week when Sam Zimbabwe was confirmed), and that some good planning has happened.

More encouraging was SDOT’s discussion of what it knows about the underlying causes of serious and fatal incidents in Seattle, which suggest ways to focus the effort to reduce them. It knows that pedestrians, bicyclists, motorcyclists and older residents are disproportionately represented in the incidents — partly because vehicles continue to add safety equipment to protect the driver and passengers, but not people outside the vehicle. They know that the most common contributing factors are impairment, distraction (including devices), speeding, and failure to yield to pedestrians.

And they know that 90% of all serious and fatal crashes happen on arterial streets. Below is a map of the incidents that occurred from 2016 to 2018; it’s easy to pick out the arterial streets. 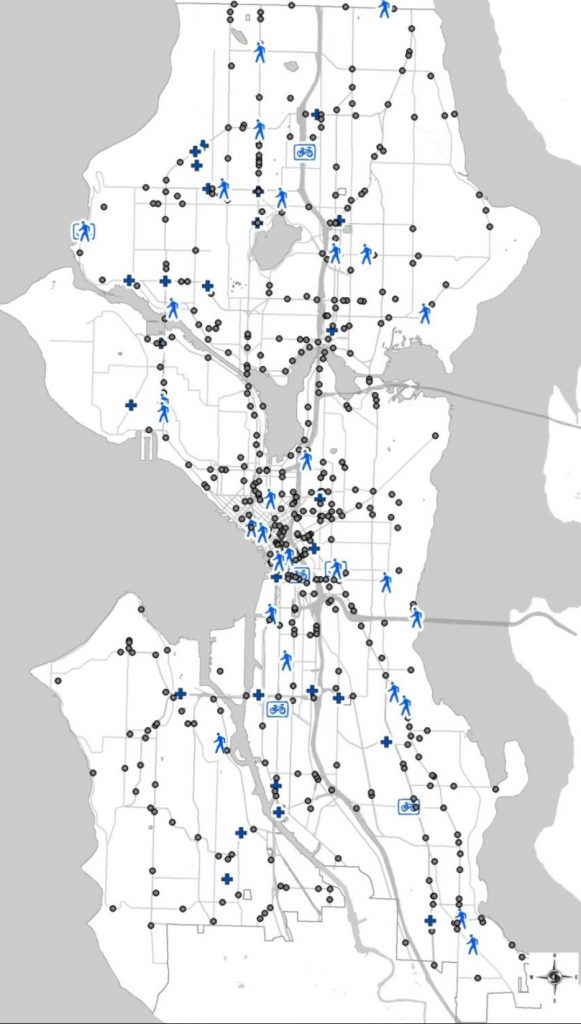 SDOT has several efforts currently underway that it believes will help. Those include:

SDOT also has some new initiatives to roll out:

While it’s disheartening to see the lack of progress over the last few years, it’s good to see that SDOT is implementing projects that have proven track records of producing results in other jurisdictions, and is trying to collect data that will help it to make better decisions on future projects.

Both Council members O’Brien and Johnson held out hope that technology could play a part in Vision Zero as well, such as reducing distracted driving by being able to detect when the owner of a device is driving (versus riding as a passenger). Interestingly, O’Brien argued that as a means to reduce impaired driving, all cars should be required to have Breathalyzers installed that must be used to start the vehicle — and not just the cars of repeat DUI offenders.