Last week, Mayor Durkan announced her proposal for a renewal of the 2012 Seattle Library Levy, which expires at the end of this year. Durkan is proposing a levy of $213.3 million over seven years, an increase from the $123 million raised by its predecessor.

Let’s dig into the numbers.

And under the leadership of Chief Librarian Marcellus Turner, the Seattle Public Library delivered results on all of those fronts, despite rising costs. Here are the Library’s published highlights from 2018, when the Library Levy pumped $19.4 million into the libraries — about 25% of its entire budget. 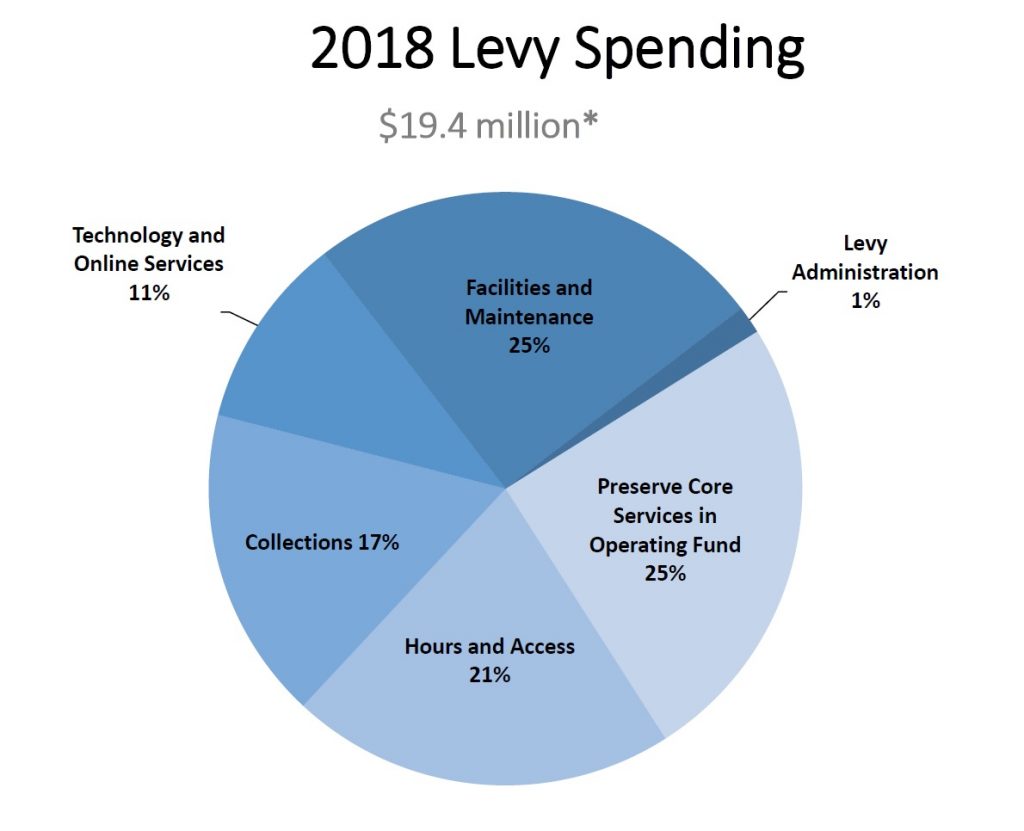 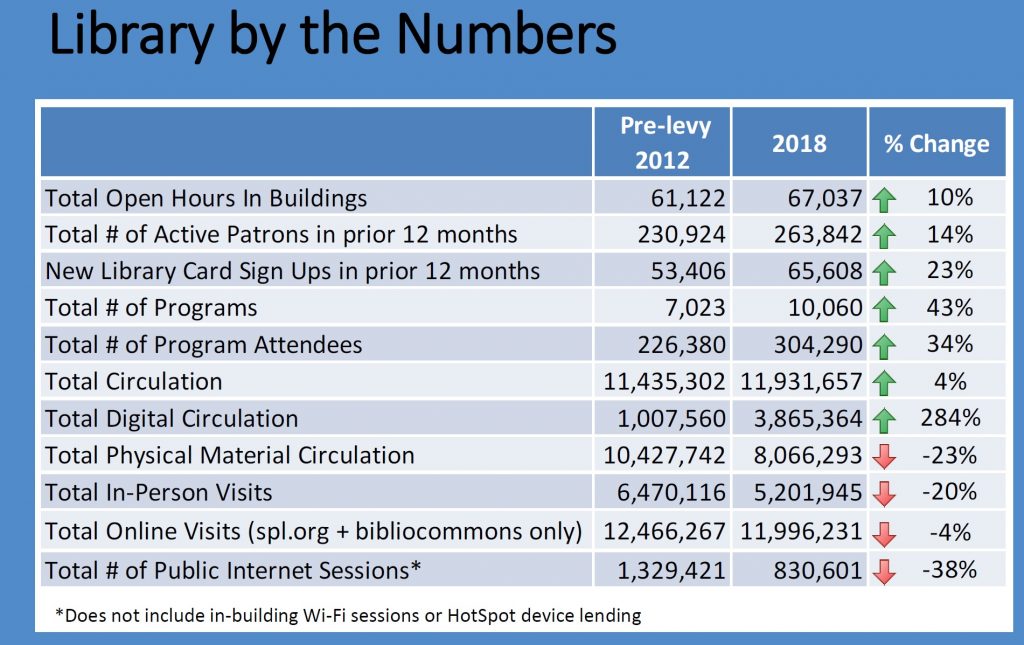 Nevertheless, a jump from $123 million to $213.3 million is significant, and we need to understand where the money is going.

For starters, the city estimates that $167.4 million will be required just to sustain the current level of service for seven more years (including the extra service funded by the 2012 levy). Given cost escalations for staff, materials, collections, and building maintenance, that seems about right.

Beyond that, the Mayor is proposing additional investments in four areas:

In addition, the 2019 Library Levy proposal includes $4 million to replace the aging software that controls book circulation and the purchase and management of the Library’s collection.

The city estimates that the new levy (which is a property tax, like the current one) would cost the median homeowner about $7 per month, compared to $5.42 for the 2012 levy.

The levy proposal will need to go through the City Council’s legislative process before it goes on the ballot for voter approval this fall. It will most likely be shepherded by Council member Juarez through her Select Committee on the Library Levy for 2019. Juarez’s regular committee meets tomorrow and will hear a presentation on the Library Levy 2018 report; the first discussion on the 2019 levy proposal will be next Thursday.

Meanwhile, the Seattle Times has published an editorial questioning the large proposed increase in the library levy, and in particular swapping out REET funds for library levy funds and eliminating the overdue fines. On the fines, the Times cites an abortive attempt by Windsor, Ontario seven years ago to eliminate such fines; the Mayor’s Office claims, however, that “research has shown that fines have little impact on whether materials are returned on time.”

On the REET issue, the Times is correct that the city has indeed reduced its use of REET funds for library major maintenance and substituted Library Levy funds. However, the picture is more complicated: REET is a highly volatile revenue source since it is tied to  the volume of real estate transactions, and thus is a good source of funding for one-time projects but a poor one for ongoing needs. Also, the state legislature is currently working on legislation that would relax some of the restrictions (and extend some temporary relaxations of those rules) on what REET funds may be used for, allowing the city to spend REET on other urgent needs such as affordable housing. 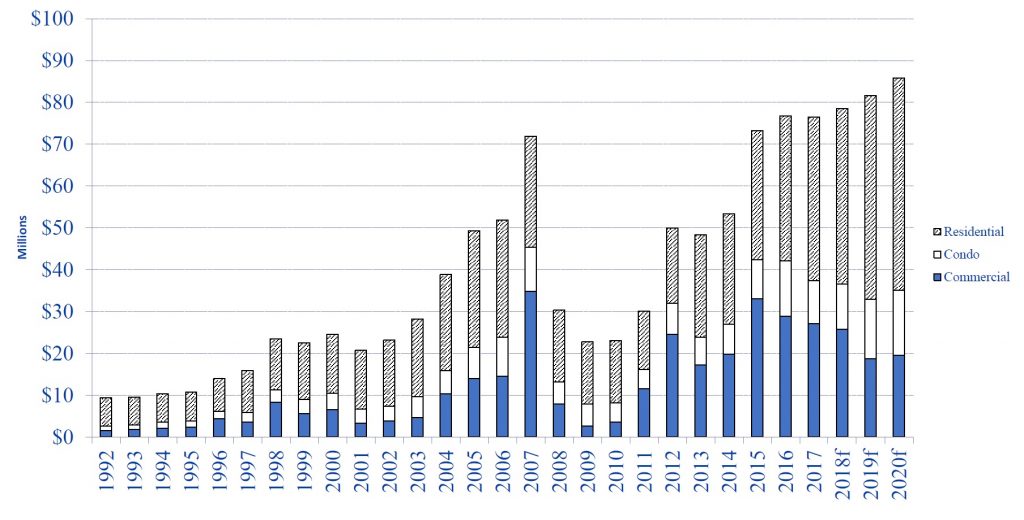 For its part, the Council is unlikely to reduce the levy amount. The 2012 levy passed with 64% of the vote, a comfortable margin showing the voters’ general support for its library system. Council members are more likely to want to earmark more support for branches in certain districts, both in terms of increased operating hours and building maintenance/upgrades. It is an election year for the seven district-based positions, after all.