An update to the city’s hate-crime criminal statute moved out of committee this morning and will come up for final approval on Monday. It both expands the protected classes under the law, and makes it easier to prosecute hate crimes.

OK, this is a little complicated, so bear with me.

Both the state and the city have a “malicious harassment” law, but there are some differences between them. The state’s is a felony, and the city’s is a misdemeanor. Both specify a list of protected classes of individuals, such that harassing them because of the characteristic of that class (e.g. race, gender, sexual orientation, disability) is a required part of the definition of “malicious harassment.” But the city and state laws have different, but overlapping, lists of protected classes. Further complicating things: a person can’t be charged with the same crime and have it tried in one jurisdiction as a felony and in another as a misdemeanor. That means that for any charges of malicious harassment, the accused can only be charged at the state level or the city level, but never both — either because the protected class is on only one of the lists, or because it’s on both but one’s a felony and the other’s a misdemeanor.

The update to the ordinance that passed out of committee this morning scraps the local crime of “malicious harassment” entirely, and replaces it with a special allegation of “hate crime motivation” can be attached to any misdemeanor or gross misdemeanor charge. Here’s what that does:

Attaching a special allegation of hate crime motivation to a misdemeanor has two effects. First, it allows the prosecutor to argue for a sentence at the higher range of the sentencing guidelines. Second, under the updated law it requires a convicted person to “fulfill the terms of a program, attend a training, or perform community service designed to educate persons committing the offense about the negative consequences or bias crimes committed against the protected class of the victim of the offense.”

A separate report this morning by the City Auditor highlighted the importance of this update to the law. Overall, reports of hate crimes have increased 400% since 2002. 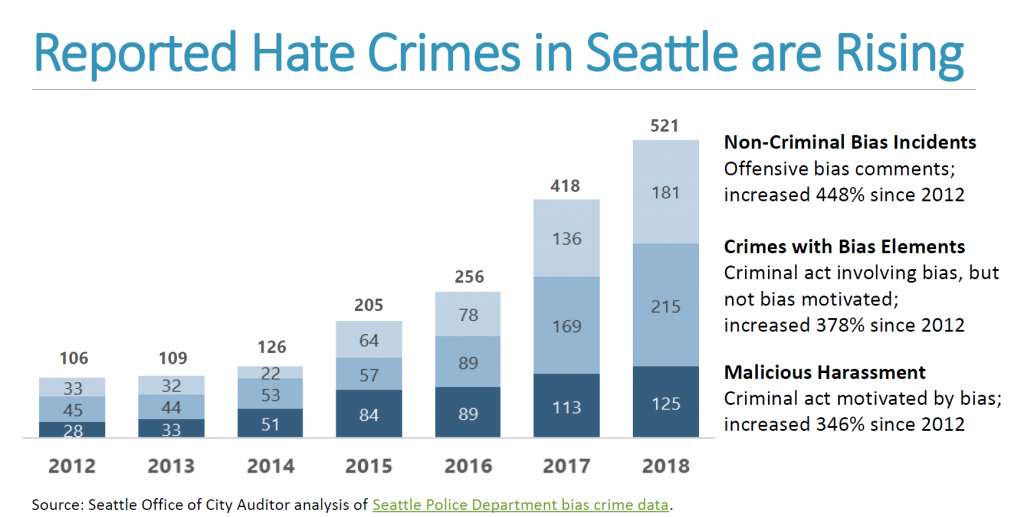 Keep in mind that this is probably a combination of an increase in the commission of hate crimes and an increase of reporting for hate crimes that previously would have gone unreported, but it’s impossible to tell how much to attribute to each.

The increase in reports of hate crime assaults is particularly shocking. 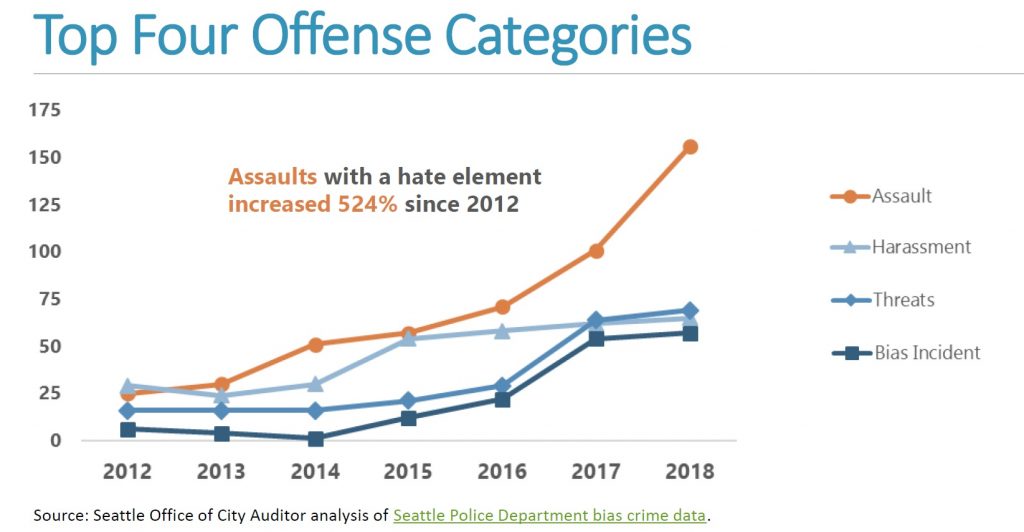 As far as types of bias, the largest increases were for race and LGBTQ status, with a bump up in religious bias in 2017. 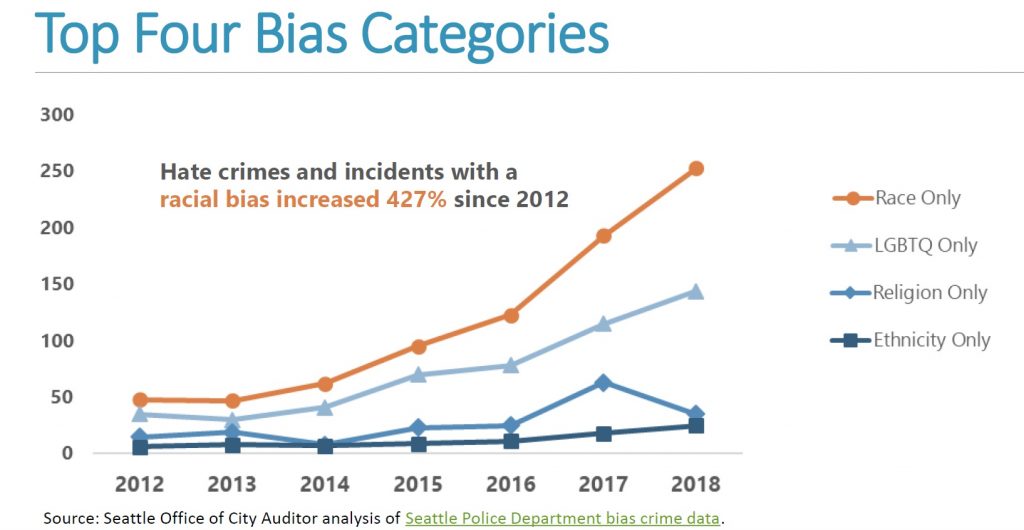 The auditor also looked at the “funnel” of reports narrowing down to a much smaller fraction that are actually referred for prosecution — only about 1/3 — and only about 10% result in a conviction. As discussed earlier, much of this is because of the challenges in prosecuting malicious harassment under the old law. 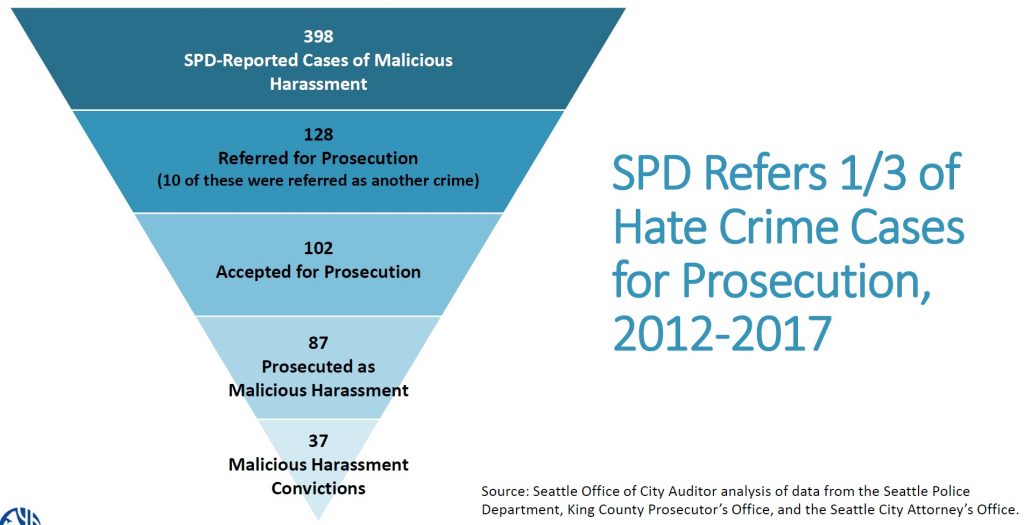 Hopefully the new “special allegation of hate crime motivation” will make it easier to prosecute hate crimes and this funnel won’t narrow down this far. The law also requires the City Attorney’s Office to report back to the City Council annually on prosecutions under the new statute.

The auditor’s full report and presentation contains a wealth of additional information on hate crime reports, including maps of where the incidents occurred.

The ordinance was passed out of committee unanimously this morning, and will come up for final approval by the full Council next Monday.