This afternoon, the City Council passed into law an update to the city’s existing ordinance that requires owners of certain multifamily rental properties to post a notice of their intent to sell the property well in advance of transacting a deal. 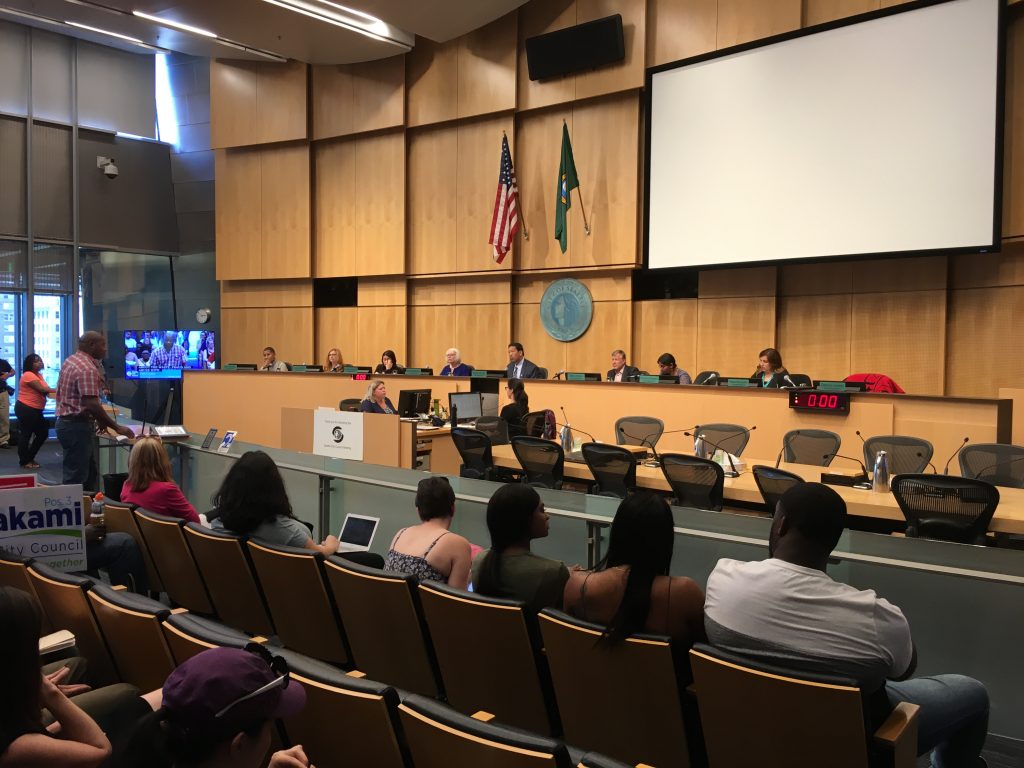 The stated reasoning for the update was two-fold:

The bill passed today expands coverage to include properties with 2-4 units (the prior bill only affected those with 5 or more units). It also introduced a tiered system of waiting periods, with larger properties requiring longer periods of time (so that the more challenging finances for a larger purchase offer could be worked through) and a series of checkpoints that allow an owner to sell more quickly if no potential buyers emerge.  But as I wrote last week, it also seems to give those potential buyers a right of first refusal, which is illegal under state law.

Council member Mosqueda, the sponsor of the bill, and Council member Bagshaw both noted in the Council Briefing this morning and before the vote that they had consulted with the City Attorney’s Office regarding the concerns I raised about the legality of the law. Mosqueda said this morning that the City Attorney’s Office had written a memo assuring the Council that it was just fine; that memo is attorney-client privileged and as such the city refused to provide a copy to me.

One other note on the bill that I forgot to include in last week’s coverage: the city doesn’t know how to effectively enforce it, nor how much it might cost. That’s why the bill (Section 4) instructs the Office of Housing and SDCI to go figure that out and report back:

In addition, the Office of Housing in collaboration with the Seattle Department of Construction and Inspections, is requested to develop strategies to enforce provisions of this ordinance.  One proposed strategy could include convening an ongoing stakeholder group to assist in identifying and developing a watch list of multifamily buildings that may be offered for sale in the near future. OH is requested to convene a stakeholder group to assist in the development of strategies.  OH will provide a report to the City Council’s Housing, Health, Energy and Workers’ Rights Committee by September 30, 2019 regarding the proposed strategies and the additional costs, if any, of implementing such strategies.

The bill passed by an 8-0 vote (Juarez was absent today), and is now headed to the Mayor’s desk for her signature. And then, I expect, off to court soon.