Last Friday, the Council had a first committee hearing on Mayor Durkan’s proposed new tax on heating oil. The details turn out to be very interesting (in a good way).

Currently the city estimates that there are between 15,000 and 18,000 homes in Seattle with oil-burning furnaces. Most of those were built between 1920 and 1950. The typical heating oil tank is steel, with a thickness about the same as a quarter. About 1,300 of those homes convert off oil-heat every year, and as the tanks have been decommisioned, the city has found that about 25% of them were leaking. 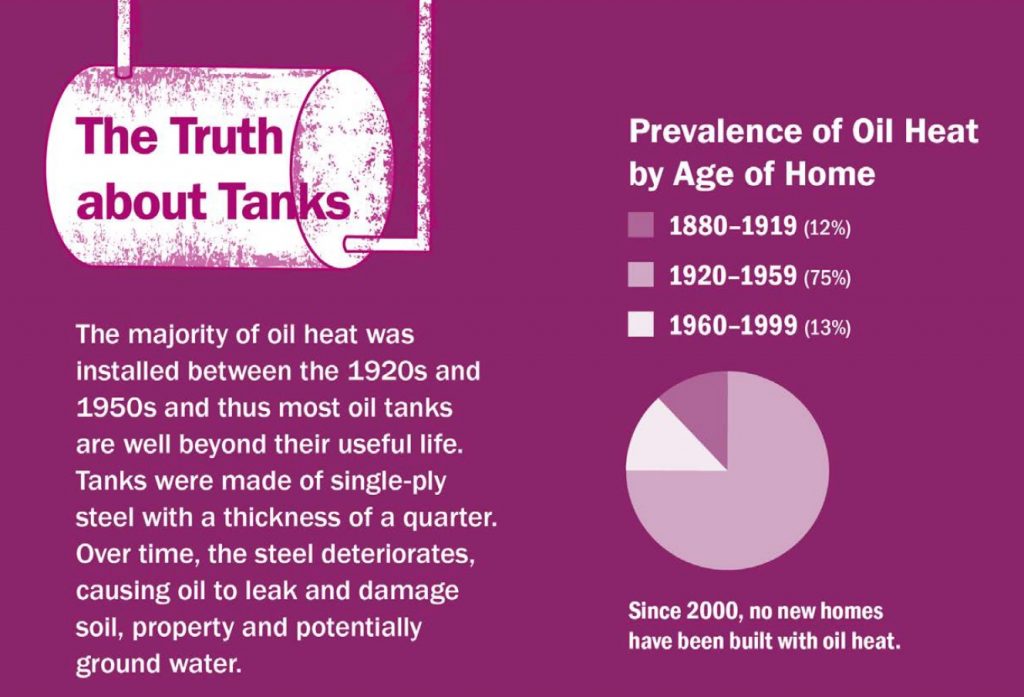 At the current rate of “organic attrition” nearly all oil-heat furnaces will be gone by 2030, but the city wants to accelerate that. There are several good reasons to do so: 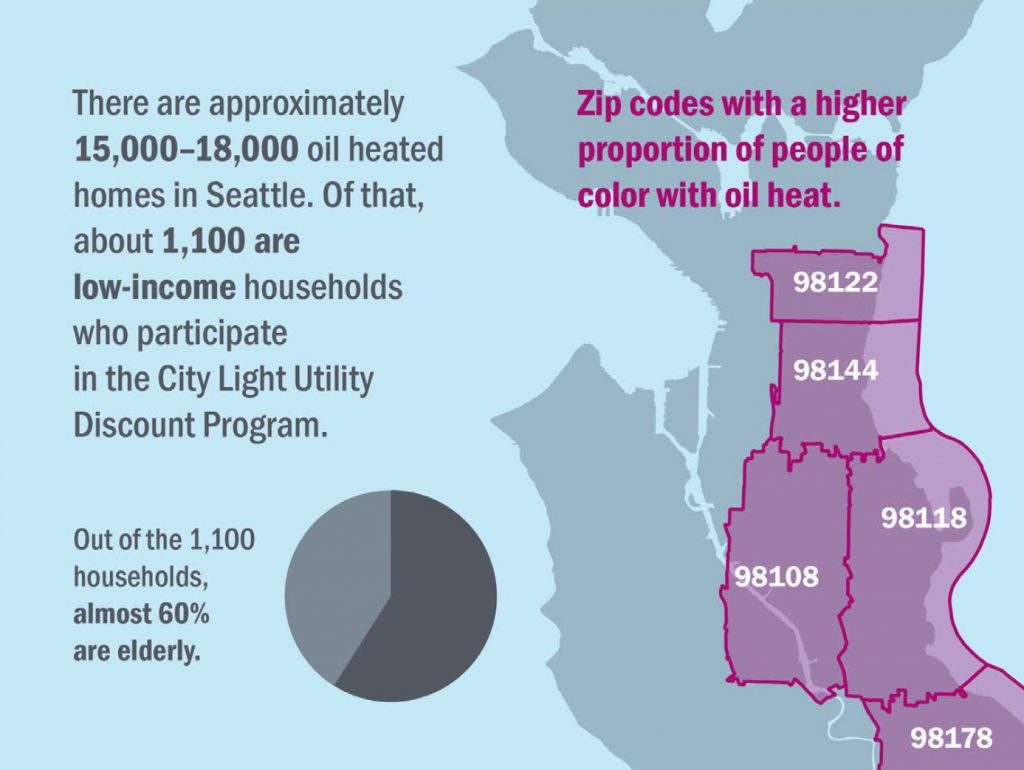 Let’s take a moment for a side-note on heat pumps, the emerging HVAC technology standard that over time is expected to replace not only oil-heat furnaces but also natural-gas furnaces. Heat pumps don’t generate heat like a furnace; rather, they transfer it from one place to another through a fairly simple mechanism. Most air conditioners are heat pumps, but the same mechanism can also be run in reverse to heat your house (and most heat pumps being installed today are reversible so they can both heat and cool your house with the same equipment).

A heat pump system consists of:

To run a heat pump as an air conditioner:

To run a heat pump to heat your house, you simply reverse the process: pulling heat out of the outside air (even when it’s very cold, so long as the refrigerant is colder), and transferring it to the air inside your house.

A heat pump is an entirely electric system, which in Seattle is 100% green since the city’s electricity supply is mostly hydroelectric. So every conversion from oil-heat to a heat pump is a 100% reduction in GHG emissions. Plus it’s more energy efficient, cheaper to run, and gives you air conditioning nearly for free.

Here are the policy elements of the proposed ordinance:

As you can imagine, the proposal received a warm reception in its first discussion with Council members as there is plenty of upside and very little downside. The most pain would be felt by existing heating-oil companies, but if the city’s projections are to believed there will be almost no oil-heat furnaces in ten years anyway; at least with this bill, funding becomes available to retrain those workers so they can gracefully transition out of the business.

Council member O’Brien, who chairs the committee that the bill is moving through, said last Friday that it would return for a second hearing in September.