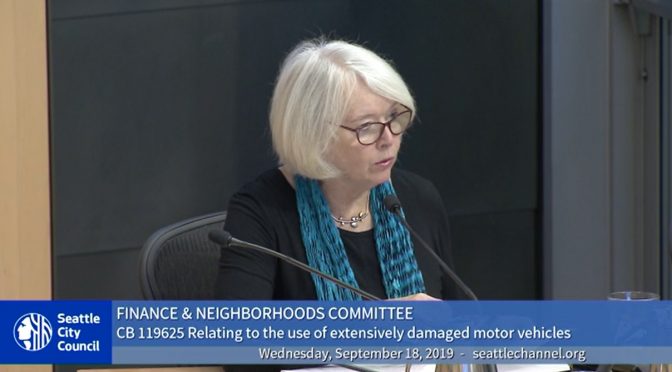 This afternoon, the Council once again took up the Mayor’s bill prohibiting “RV Ranching” of dilapidated vehicles. But it rewrote the bill to change the focus from cracking down on the predatory ranchers to protecting and providing assistance to the victims. 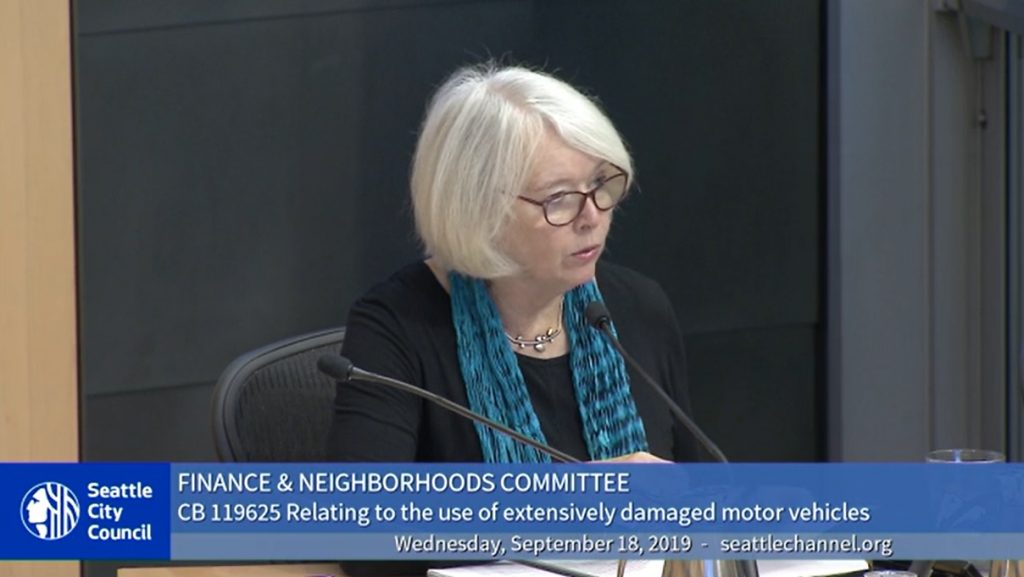 The new version of the bill:

One of issues with earlier versions of the bill was the definition of a predatory landlord, which included anyone who “allowed” another person to occupy an extensively damaged vehicle. The concern is that it could also apply to someone who owns and lives in such a vehicle but allows a partner or friend to co-habitate with them. In the new bill that definition is left unchanged, but the city now argues that with the above provision wherein occupants can object to enforcement, it is unlikely that someone would ever be prosecuted for sharing their damaged RV.

The bill was not voted out of committee today; Council member Bagshaw, the sponsor of the bill and chair of the committee where it is being heard,  said that they would vote on it at her committee meeting next Tuesday.

Missing from the bill are the earlier provisions to prevent extensively damaged RVs from cycling back out onto the street after being towed. In an interview after the committee meeting, Bagshaw said that she recognized that those provisions were still needed but said that she wanted to “move something that is passable.” In other words, based on feedback from her colleagues on the Council a bill that focused on enforcement would have difficulty gaining five votes. She suggested that enforcement provisions that took damaged RVs out of circulation might end up in a separate bill.