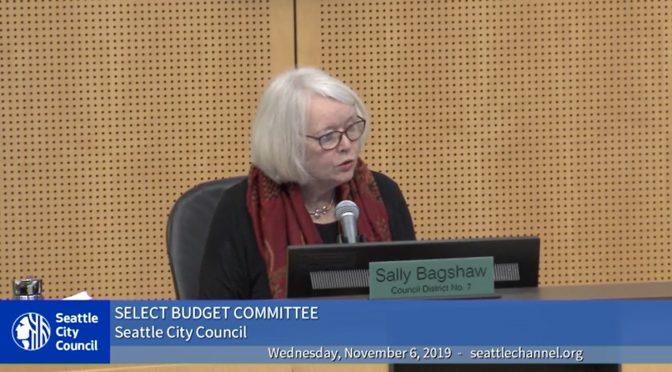 Last’s night’s election results show that Initiative 976 will likely pass; it will blow a $35 million hole in the city budget that will need to get addressed in the next three weeks, making the initial balancing package very much a work in progress. That said, anything that didn’t make it in at this point is very unlikely to find its way in later as the Council struggles to find tens of millions of dollars.

With that context, here’s what made the cut so far.

Some of the things that didn’t make the cut include:

The initial balancing package is far from the final word on the 2020 budget, even without the passage of I-976; the Council will hold one more discussion next week in which Council members will have one more chance to convince their colleagues to support their budget change proposals that weren’t included in the balancing package; however, from this point on any proposed changes must be “self-balancing” in that they must also identfy additional revenues or cost savings to fully offset any additional spending.

Speaking of budget…  If you find my reporting valuable, please consider making a financial contribution to support my work. Even just $1 a month helps.