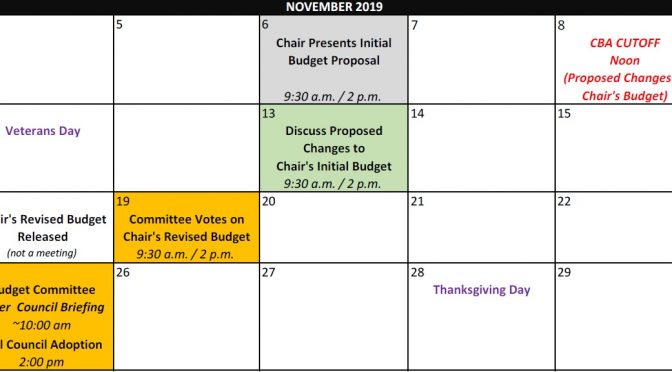 Many of the items are rehashes of Council members’ earlier proposals that didn’t make it into Bagshaw’s “initial balancing package.” This time, any proposals must be “self-balancing,” meaning that any new expenditures must be offset with additional revenues or an equal cut somewhere else in the budget. The Council is required to pass a balanced budget; Bagshaw’s initial package is balanced, and the “self-balancing” requirement on any additional changes ensures that the proposed budget remains balanced all the way through to the final adoption.

There are 44 items on the agenda for tomorrow, but only 12 of them involve new allocations and/or cuts. The rest are a combination of:

Here are the twelve substantive changes to the budget up for consideration:

Sawant’s attempts to strip funding from SPD and the Navigation Team, while popular with her base, are unlikely to go anywhere; most of them are rehashes of her earlier proposals that didn’t attract significant support from her colleagues. Nevertheless, Sawant isn’t giving up: she is holding a “People’s Budget Rally” before tomorrow’s Budget Committee meeting, and many of her supporters will sign up to advocate for her proposals during the public comment session. Some of the Council members’ other proposals, however, should at least get interesting discussion; that includes the P Patch funding, the “high barrier probation” program, the Samaritan “beacon” program (which had several supporters in this afternoon’s public comment session), and redirecting more of the TNC tax revenues.

Many of the remaining provisos and SLIs will probably go through, given that they are “free” — they will take up a bunch of the executive branch’s time, but they don’t need budget allocations. Some proposals may get further discussion, however, including a pair related to the Office of Economic Development’s efforts to reorganize the city’s Film Office into a “Creative Industry” group and hire a new Director and a Policy Advisor.

After tomorrow’s discussion, Bagshaw will have further one-on-one discussions with her colleagues and decide which proposals to incorporate into her “revised balancing package,” which she will publish next Monday. The following day, the Budget Committee will meet to vote on each individual change to the Mayor’s proposed budget, and Council members who didn’t get their proposals into the balancing package will have one last shot to get the other Council members to vote to incorporate them into the budget. Finally, Monday the 25th the Budget Committee meets in the morning to make any last-minute tweaks and to vote the budget out of committee, and in the afternoon the full Council votes to approve the budget. 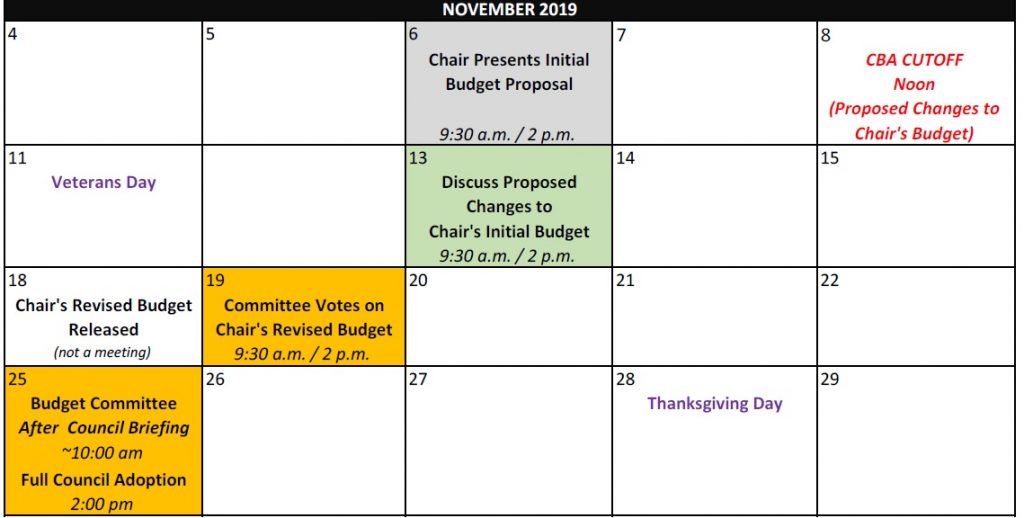