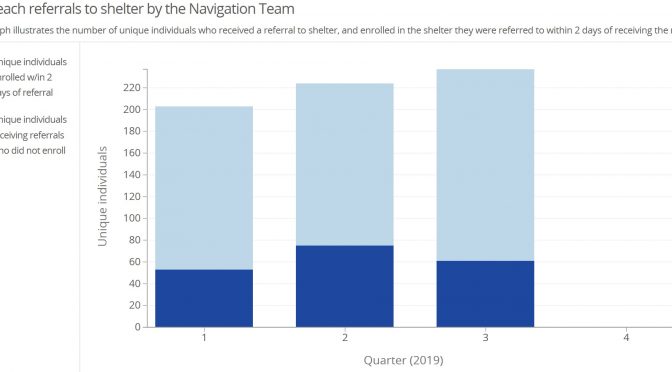 After largely abandoning for several months the “dashboard” pages initially set up by by Mayor Murray’s administration, today Mayor Jenny Durkan rolled out a new set of pages intented to keep Seattle’s citizens aprised of how their government is doing on its performance goals.

The Performance Seattle site leads to a set of seven pages for different city initiatives:

At first glance, while it appears to still be a work in progress in places as not all the data is available or current (for example, much of the homeless data is six months old), it seems to be an honest attempt to share the real performance data independent of whether it tells a flattering story. Many of the numbers aren’t impressive, in particular the metrics around the city’s environmental goals. You can also see some trendlines heading in the wrong the direction, such as basic city services that are meeting their targets.

The data also confirms something that has been reported in the press recently: the vast majority of homeless people who are given referrals to shelter services by the Navigation Team don’t actually enroll in those services.

On the more positive side, the city is making progress in other areas. For example, the number of Seattle kindergarteners receiving their immunizations continues to rise and is now higher than the state average. 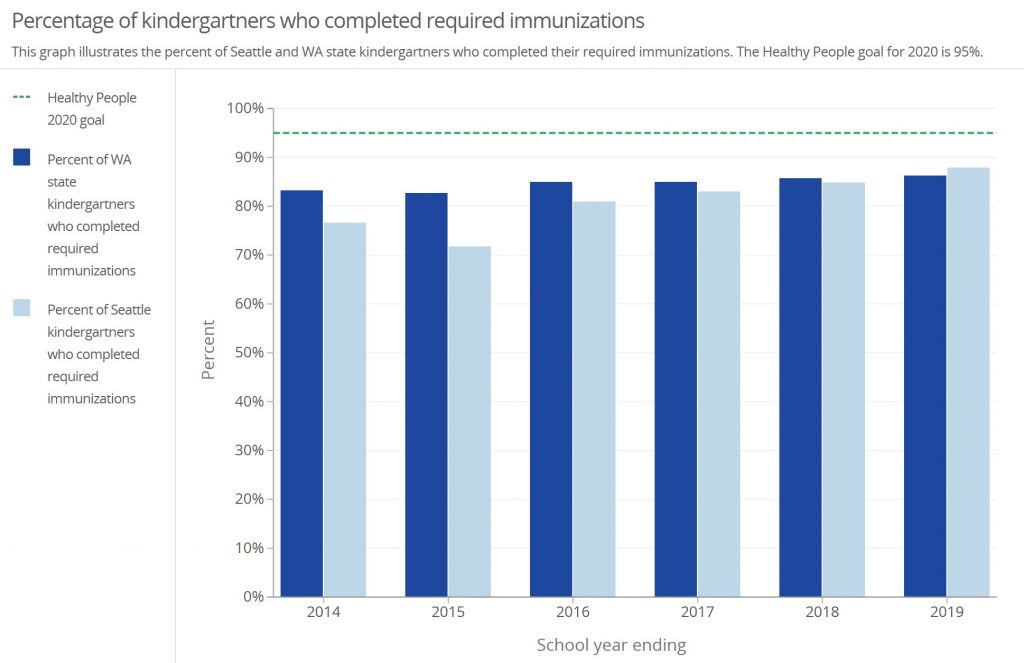 For the data wonks out there who hate screen-scraping, the city helpfully provides links to the underlying datasets. The City of Seattle also has an open-data initiative with a variety of datasets available for download.

Of course, the challenge with “dashboard” initiatives like this one isn’t launching them: it’s committing the resources over the long term to constantly update them, and with data that’s current enough to give people a sense of how things are going now (versus six months or a year ago).  That’s why the vast majority of “dashboard” sites are abandoned over time: no one gets dinged on their performance review if they stop updating the dashboard. Time will tell whether the Durkan administration can keep this up.