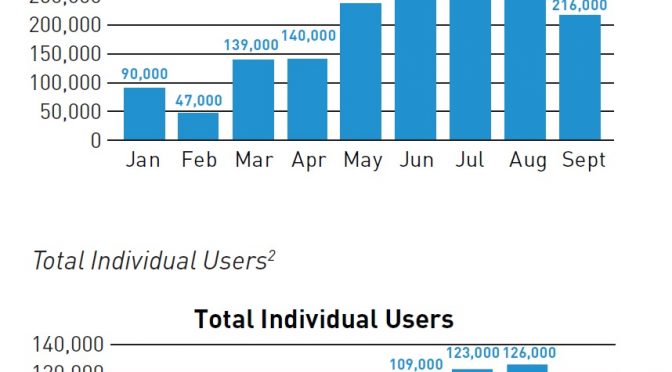 Welcome back! A few things happened in mid-to-late December that you may have missed, so here’s a post to get you caught up.

MHA survives a legal challenge. On December 30, the state Growth Management Act Hearings Board ruled on a challenge by several Seattle neighborhood organizations to the MHA ordinance passed last year that upzoned urban villages across the city. The Hearing Board ruled in favor of the city on all counts, finding that the city’s Environmental Impact Statement was sufficient and that it studied and presented reasonable alternatives.

Don’t be surprised if the plaintiffs appeal the decision in state courts.

While the popularity of bike-share continued to grow in the warm-weather months and overall compliance with parking rules improved, there are still issues with bike-share users parking bikes in places that create obstructions. 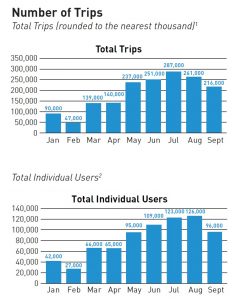 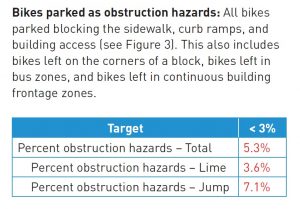 One of the reasons for the decrease in improperly-parked bikes is that the city has been building out new parking facilities for bikes — including bike-share bikes — across the city. This is work they expect to continue through 2020. 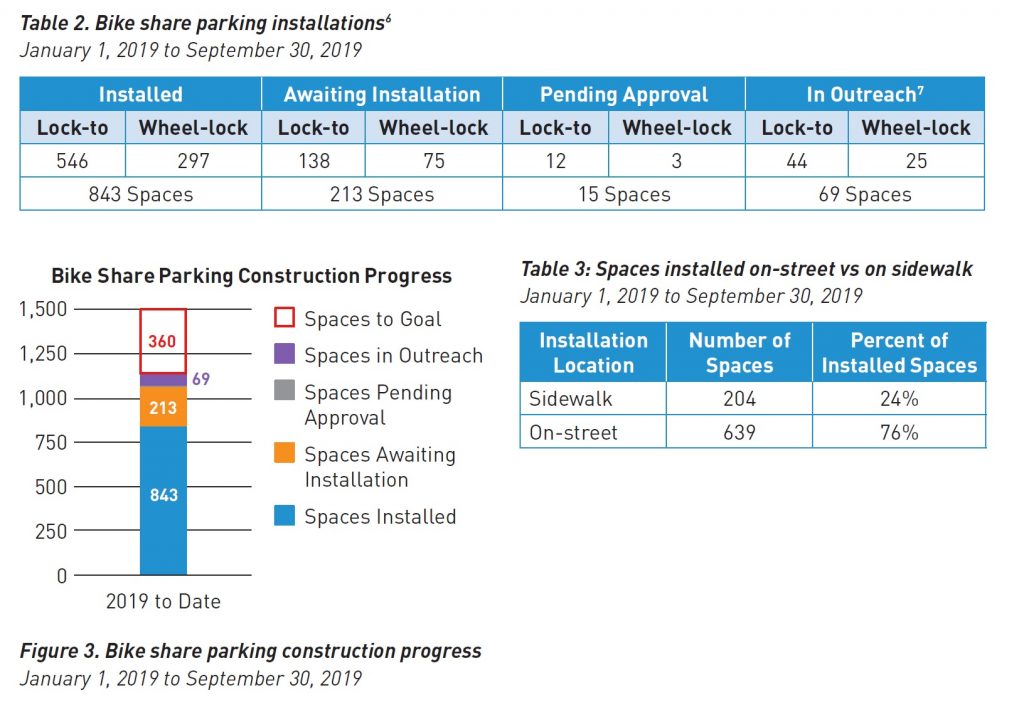 More worrisome, the two bike-share companies in Seattle, Jump and Lime, were struggling to keep their fleet in rentable condition. Lime, in particular, had nearly 2/3 of its fleet in non-rentable condition in September when the city conducted audits. 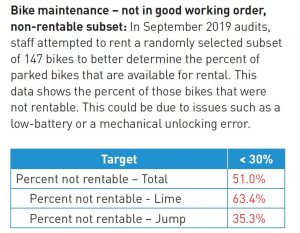 The companies also provided incomplete documentation to the city. As a result of these issues, the city imposed penalties on the two companies, including reducing the size of their permitted fleets. 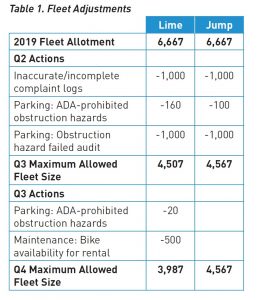 In the meantime, the city has been pushing forward with plans to roll out a pilot scooter-share program this year. To that end, in December it quietly issued a SEPA “Determination of Non-significance” (DNS) for a proposed scooter share program.  The DNS finding is an assertion that the impacts of the program will be small and thus the city does not need to complete a more substantial environmental analysis.  Among the details of the proposed program that are revealed in the SEPA documents:

The comment period on the SEPA DNS is now closed. It is still to be seen whether any companies will decide to offer scooters in Seattle, given the likelihood that they will be reuired to indemnify the city for any injuries.

And in related news, Lime has pulled its bike-share bicycles off the streets of Seattle, at least for the winter months. Its permit to operate bike-share expired at the end of December, and the company opted not to apply for a temporary permit for the winter months. Assuming Lime returns in the spring, the question is what mix of scooters and bikes it chooses to offer at that time.

The SPD Consent Decree. Finally, the city filed its last quarterly report for the 2-year sustainment period under the 2012 Consent Decree related to SPD’s biased policing. The sustainment period required a series of audits, reviews and reports, and this filing with the court provides updates on the most recent ones. That includes ongoing work in revising its Early Intervention System for officers who are too aggressive in the use of force; an audit of SPD’s supervisor practices and training; an update to the department’s Use of Force Policy, and a follow-up study on persistent racial disparities in policing.

Early on in the Consent Decree the department made changes in its Early Intervention System, but further audits indicated (and all parties agreed) that the new system was over-triggering. Since then the system has been adjusted further, and the latest audit shows that the level of triggering is more appropriate and effective now. The department also recently added “peer to peer analysis” as part of the system.

Earlier audits had shown that supervisors were a weak link in the chain for SPD in managing police bias, and several changes have been made to supervisor policies, assignments and training to improve the situation. The latest audit of supervision shows that the department is sustaining its compliance. SPD is also implementing quarterly supervisor training sessions instead of annual ones, to cut down the amount of time that sergeants are serving before they complete training.

The most interesting of the reports is the Disparity Review. This is a follow-up study to an earlier one that showed racial disparities:

Part II tried to further refine the extent of the disparities, find insights into why the disparities exist, and propose what can be done to lower the disparate rates. The effort is split between quantitative analysis and qualitative methods — including “community review” sessions where members of communities are asked to review incidents (including video) and provide feedback and interpretation on the officers’ actions. The major findings of the study include:

Thanks for reading to the end!  Articles like this one take days to research and write. If you find my reporting valuable, please consider making a contribution to support my work. Even just $2 a month helps.