This afternoon Mayor Jenny Durkan signed an executive order specifying several actions that her administration will take in “Advancing a Green New Deal for Seattle.” 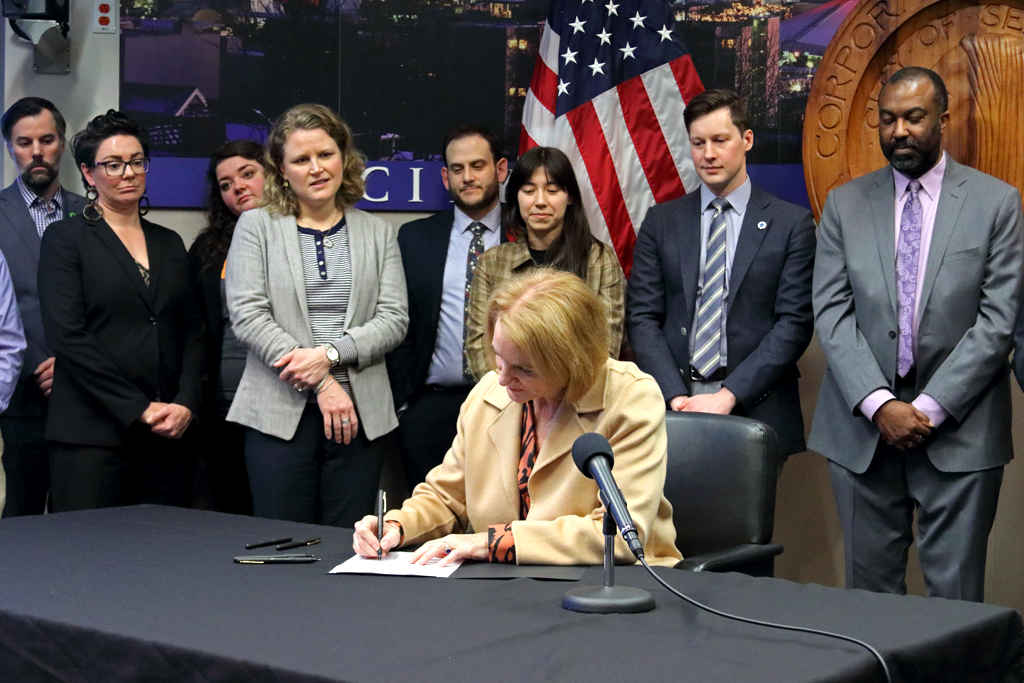 Last year the City Council passed a Green New Deal resolution and established an Oversight Board for GN-related work by the city.

The resolution lists many actions, including studying the feasibility of the city purchasing renewal natural gas for use in buildings and the city’s transportation fleet; and writing a “Green New Deal budget memo” as part of the annual budget process. But in a signing ceremony, Durkan chose to highlight two specific items:

Durkan, flanked by department heads, city officials, and community leaders, began the ceremony with a shout-out to three young climate activists sitting in the front row: Maria Suchoski and Zoe Schurman from Fridays for Future; and Parisa Harvey from Washington Climate Strike who also serves as co-chair of the Seattle Youth Commission. The three, however, did not return the love; they told Durkan, “We won’t stand with you until we see bold climate action.”

Durkan applauded them for their statement, and for her part, she seemed to agree with them. “I am saddened that we have to have an executive order like this,” she said. “I feel that our generation has not done what it needs to do for the next generation, and I refuse not to take steps.” 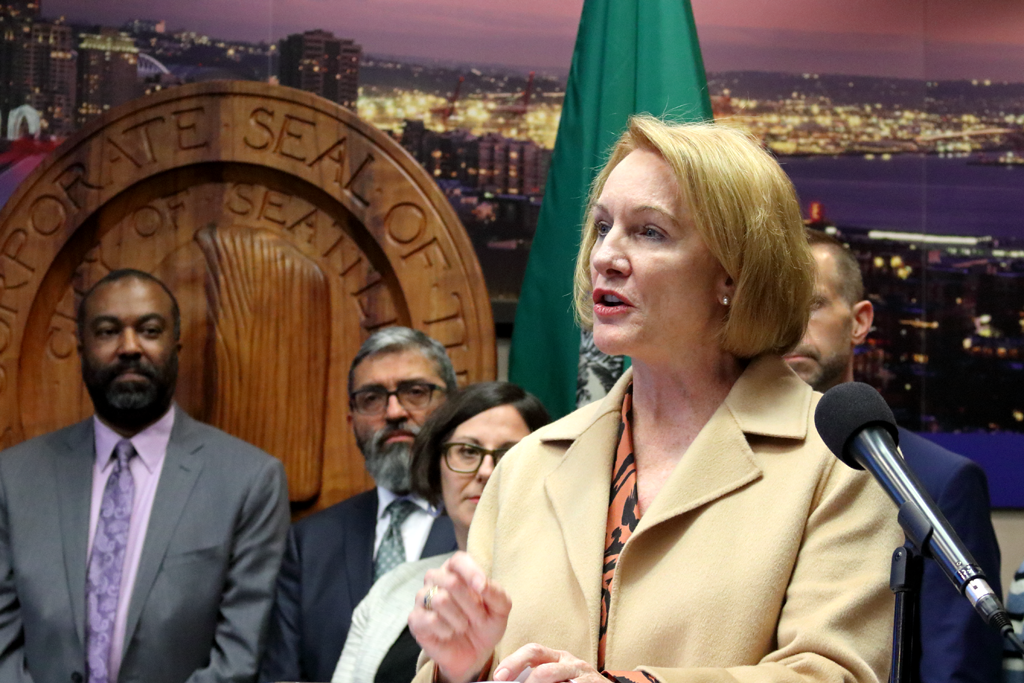 However, Durkan balked — at least for the moment — at moving forward with an ordinance requiring privately owned buildings to transition away from fossil fuels, as former Council member Mike O’Brien proposed last year for all new construction in the city. Durkan said that she had debriefed the issue with O’Brien, and she believes it would require further dialogue with community organizations, particularly those running community kitchens and other facilities where the cost of transitioning could be burdensome. Durkan also noted that the city is discussing this issue with Seattle Public Schools as well as other opportunities to invest in energy efficiency, but that many of the school district’s buildings have historical landmark restrictions that limit the changes that can be made (including installing energy-efficient windows).

Newly-seated Council member Andrew Lewis stood behind Durkan among the other city officials during the signing ceremony, while Council member Tammy Morales, who also took her oath of office yesterday, watched from the audience.

Thanks for reading to the end!  Articles like this one take a lot of time and effort to research and write. If you find my reporting valuable, please consider making a contribution to support my work. Even just $1 a month helps.