This afternoon, the Council’s Select Committee on Homelessness Strategies and Investments held its first discussion of Council member Sawant’s bill that would relax limits on permitting of sanctioned encampments and “tiny home villages.” 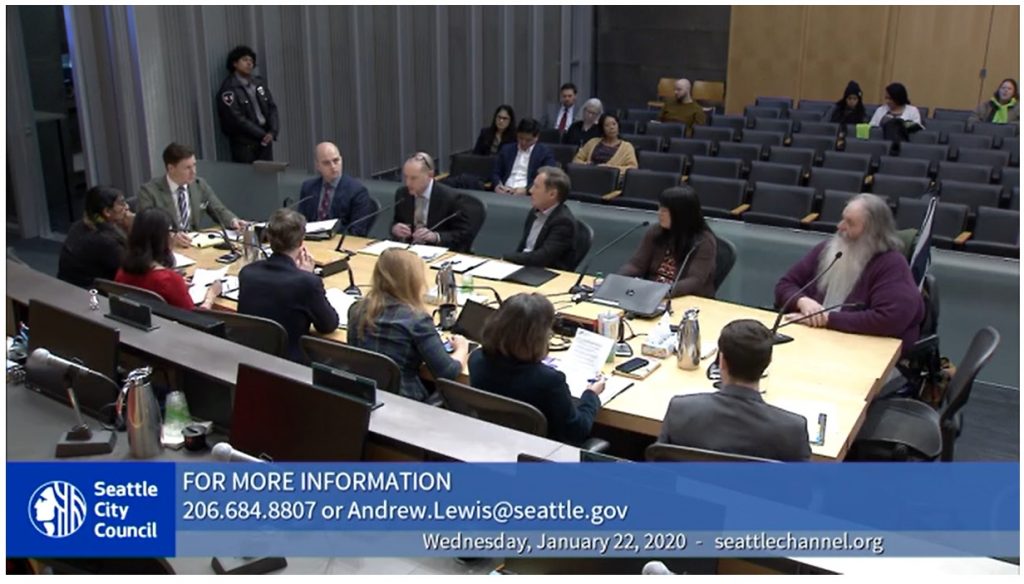 Today there are three ways that an encampment or village can get established, as established by an ordinance adopted by the city in 2015:

Here’s a summary of the salient terms of each of the three approaches, from a Council staff memo: 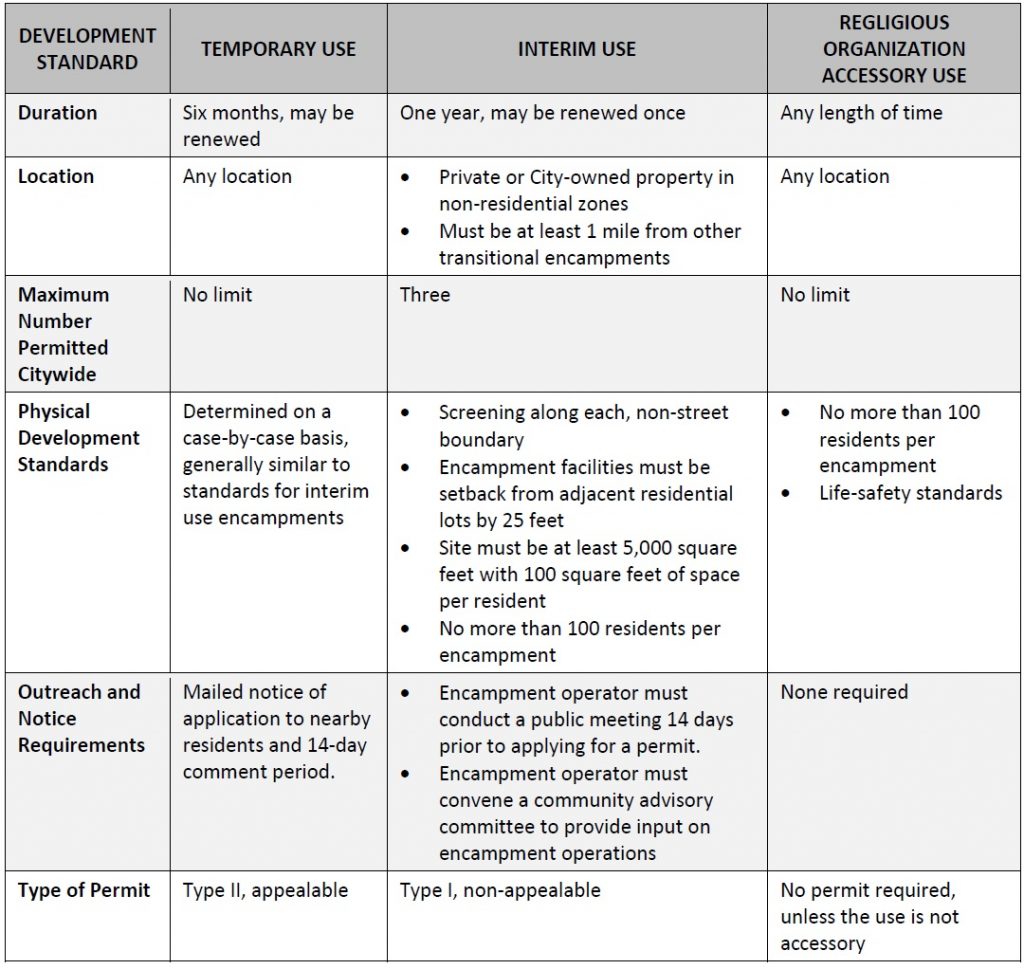 However, the current ordinance authorizing encampment permits expires on March 31, 2020 — so there is an urgency to at the very least renew it. Sawant’s ordinance does that, but also removes some of the constraints on the quantity, term length, renewal, and conditions of the permits. Among the changes it makes:

Given the March 31 sunset date for the current ordinance, committee chair Andrew Lewis is pushing to get this bill passed quickly while also allowing time for deliberations, community input, and amendments. To that end, he indicated today that he will be scheduling an additional committee meeting in the next two weeks to consider amendments and vote the bill out of committee.

In the meantime, the discussion today raised several issues.

Council member Pedersen raised the most direct critiques of the ordinance, while generally supporting its sentiment. He balked at raising the cap on permits as high as 40; however, that’s a bit of a red red herring since the practical constraints on establishing sites are finding suitable locations and securing funding. It would take a miracle for the number of established encampments to reach anywhere near 40, even if the permit restriction is relaxed.

A more substantive critique Pedersen raised was that the bill muddies the waters between sanctioned tent encampments and “tiny home villages.”  In the last year data has shown that the best-run tiny-home villages are outperforming the city’s enhanced shelters in moving people into permanent housing; the same can’t be said for sanctioned tent encampments. And as Pedersen noted, while tiny homes help to stabilize homeless individuals, the  differences in rates of exit to permanent housing across all of the city’s types of shelter can be attributed mostly to the availability and quality of case management services on-site. Pedersen suggested that the definition of an “encampment” should be updated to require tiny homes and case-management services.  Council member Herbold pushed back on that, however, noting that to the best of her knowledge all of the city’s existing tiny-home villages started out as tent encampments and were later converted — though several of them pre-date the introduction of “tiny homes” as a shelter option.

Herbold, for her part, asked why the ordinance is removing the requirement for encampments on religious organizations’ property to be “accessory uses.” Council staff related the legal history of church-sponsored encampments, starting with the 2009 state Supreme Court ruling that religious organizations have the right under the state Constitution to establish homeless encampments that are consistent with their religious practices, and that the government may not constrain that right beyond protecting public safety. Since that ruling, the state legislature passed a law enshrining that right (and indemnifying local governments for not regulating church-sponsored encampments). That suggests that requiring an encampment be an “accessory” use is probably not constitutional. Herbold, however, said that she found the concept of “accessory use” helpful, and if the city is removing it then it wil need to be clear with the public that the city is allowing religious organizations to fulfill their mission.

Finally, Herbold suggested that if the one-mile separation requirement were removed, she would like to see a new requirement for geographic equity, particularly to prevent the vast majority of encampments and villages from being sited in the city’s low-income communities of color. She noted that the Highland Park community in her district has generously hosted an encampment for quite a while, and other communities should be expected to share the burden.

Council members Morales, Strauss and Juarez were also present for today’s committee hearing, though they said little during this discussion.

Expect an interesting set of amendments to be brought forward by the Council members two weeks from now, in a first test of the new Council members’ stance on homeless encampments and tiny home villages.