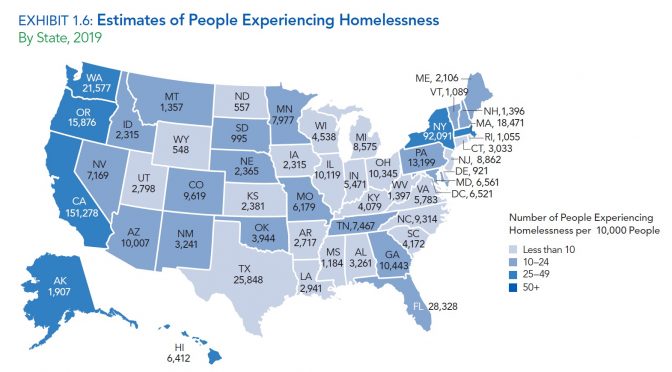 There are a number of reports and documents that have been published in the last couple of weeks and are worth paying attention to. So curl up in front of the fire, break out your reading glasses, and dig in.

Catching up on the Ft. Lawton case.  Judge John Coughenour is clearly getting fed up with Elizabeth Campbell in her challenge to the redevelopment of the old Ft. Lawton property next to Discovery Park. You may recall that last summer Campbell fired her attorney and asked for a delay in the case while she hired a new one. But under court rules, an attorney-of-record may not withdraw if it leaves a party unrepresented (expect in certain circumstances). So the Court refused to grant the withdrawal until several weeks later.  Shortly after that, the City of Seattle asked the court to join the US Army and the Seattle Public School District as additional defendants, given their roles in the redevelopment plan. Over Campbell’s objections, the judge agreed in November and ordered Campbell’s new attorney to file a revised complaint that includes the Army and the School District. That revised complaint was never filed, and then in December Campbell’s new attorney asked to withdraw from the case without explanation — though the Queen Anne and Magnolia News reported that Campbell has been unable to pay her attorney. The City of Seattle objected, complaining of the delays in the case and reminding the judge that the revised complaint still has not been filed. So on Friday, Judge Coughenour ruled that he will only approve the petition to withdraw once the revised complaint is filed — and ordered it to be filed within 14 days. Recognizing that once the Army and the School District join the case they will need time to prepare, so he vacated the current trial schedule and scheduled a status conference for March 3. However, he also threw down the gauntlet, warning Campbell, “if they fail to comply with this order, the Court may dismiss their case.” We’ll see how this plays out over the next two weeks.

Washington State Dept. of Health weekly influenza update.  The Department publishes a weekly update on cases, deaths, and types of influenza. Flu spiked early this year in Washington state and across the country. According to the CDC, 41 states, including Washington, have high levels of flu activity.   So far this flu season, there have been 52 deaths in Washington related to influenza, mostly persons with underlying health condition and/or the elderly.  Cover your cough, wash your hands, and if you get sick then stay home.

It’s instructive to compare this to the novel coronavirus that originated in Wuhan, China in December and started to spread last month.  According to the WHO, there are seven confirmed cases in the U.S. with no fatalities. 98.9% of all cases so far have been in China. 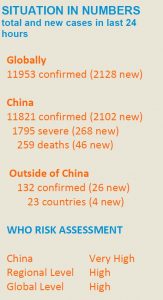 While the WHO has now declared it to be a global emergency, the efforts (including in the U.S.) to stop it from spreading seem to be working: new cases outside of China have remained low. 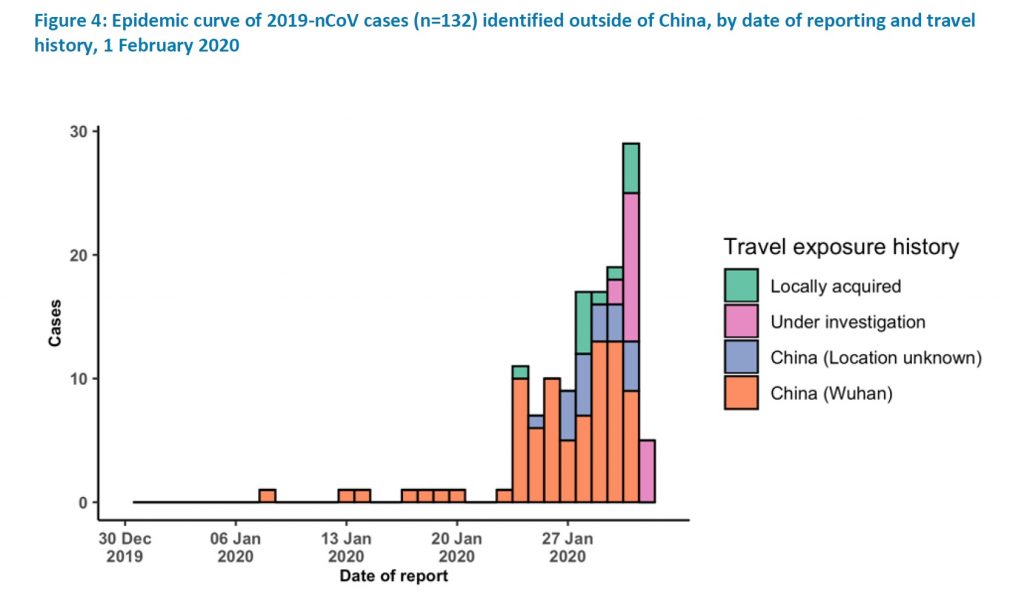 The WHO is also saying that its research shows the virus is rarely transmitted person-to-person before the infected person shows symptoms. That’s good news, and all the more reason to practice good hygiene: avoid the flu, and also avoid the coronavirus.  Here’s the CDC’s situation update for more information.

Interesting notes in the report:

The lawyers in the legal challenge to Initiative 976 have been churning out legal briefs at a frantic pace. After the initial dueling motions for summary judgment filed on January 10, both sides and the intervening parties filed their responses on January 24:

Then one week later, the replies to the responses were filed:

There isn’t that much new in these briefs; we saw most of the arguments in the back-and-forth briefs for and against the preliminary injunction, and there’s a lot of close parsing of the law, I-976, and prior court rulings. But here are a few interesting notes:

Oral arguments are scheduled for this coming Friday, Feburary 7.

It has three key recommendations:

Many of the detailed recommendations under these themes involve arm-twisting other parties into taking action, or creating or adjusting financial mechanisms (tax incentives, funding programs). But the third area does include several recommendations related to the touchy topic of zoning:

The Mayor’s Office released a statement saying that the council’s recommendations “will be considered by Mayor Durkan over the coming months.”

Homelessness data. Last week, while the 2020 Point-in-Time count of homeless people was being conducted, the U.S. Department of Housing and Urban Development published its 2019 Annual Homeless Assessment Report to Congress.

According to the report, which tracks year-over-year trends, since 2016 homelessness has been increasing on a national level (after decreasing steadily, if slowly, from 2010 to 2016) and spiked up last year. 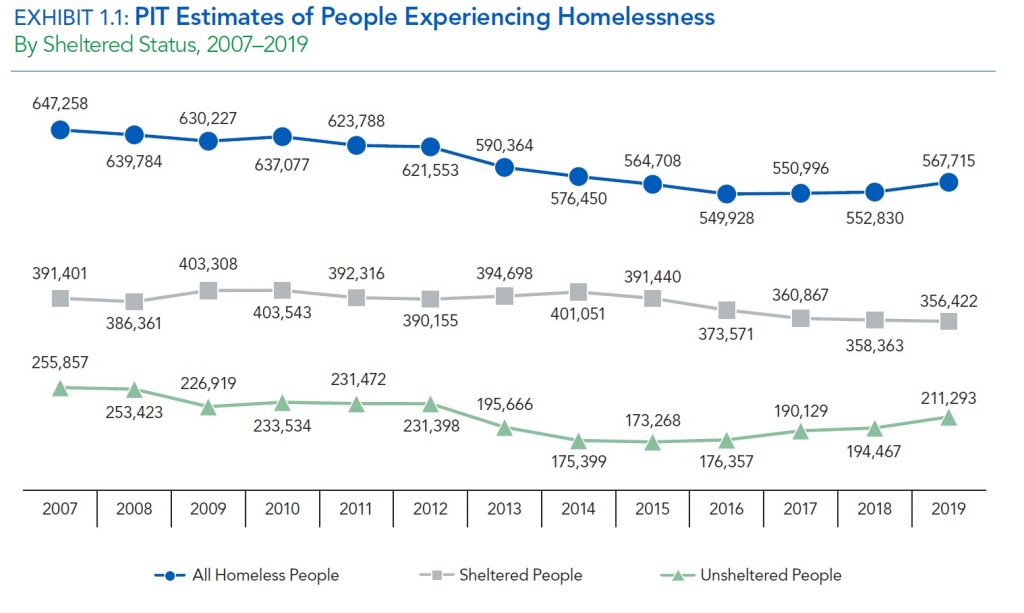 Worse: the number of sheltered decreased while the number of unsheltered increased. The report shows that homelessness is a problem across the country, with hotspot states throughout the midwest and east coast and a deeper concentration along the west coast (including Alaska). 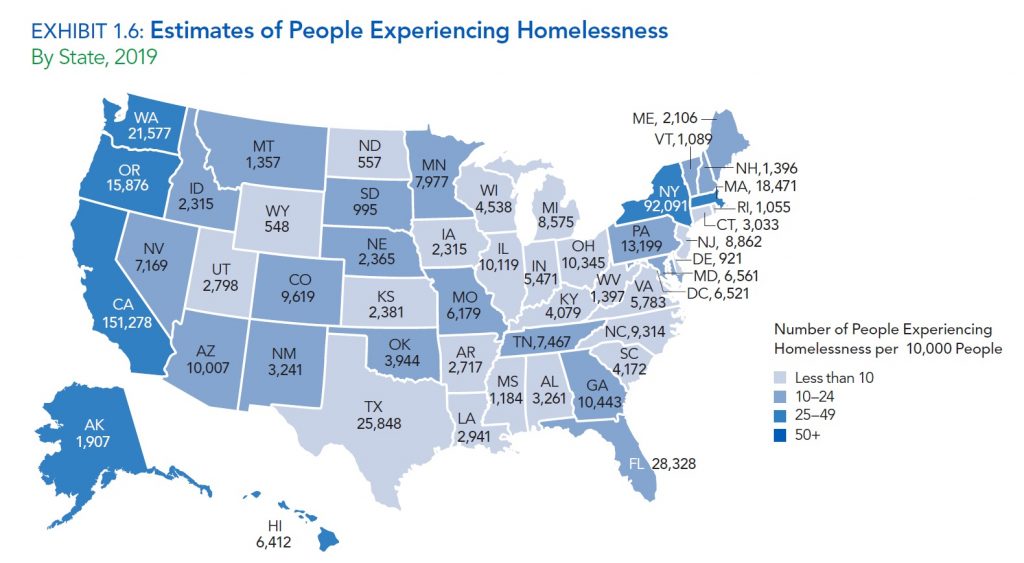 Washington made the list of states with the five largest decreases in homelessness in 2019 — though I have previously written about why those numbers are highly suspect. 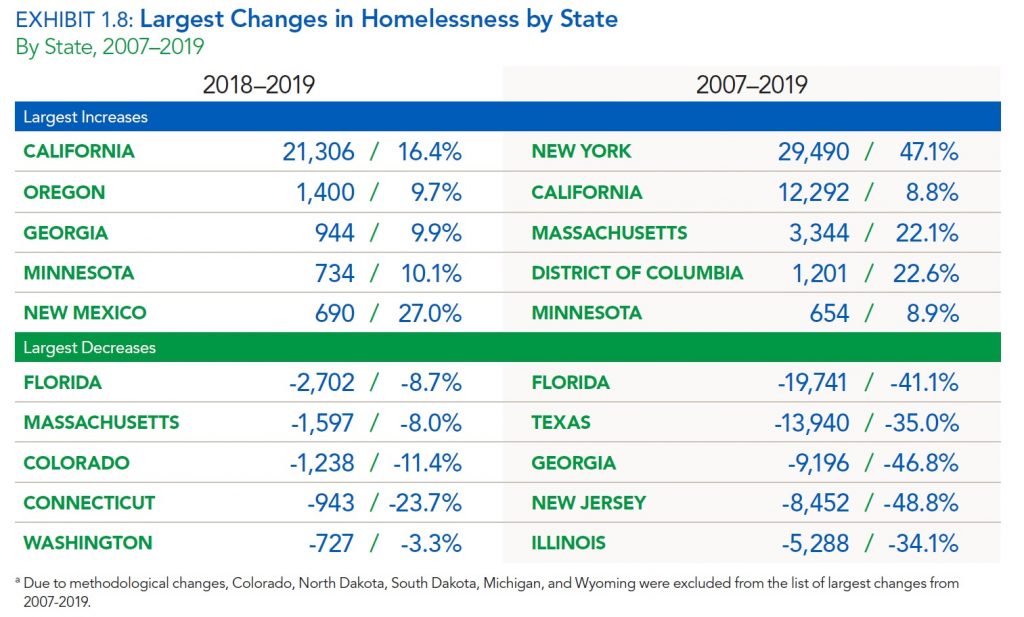 The report is a wealth of data about homelessness across the country, in major metropolitan areas, and in rural parts of the country. for example, it breaks out the demographics of the homeless population: 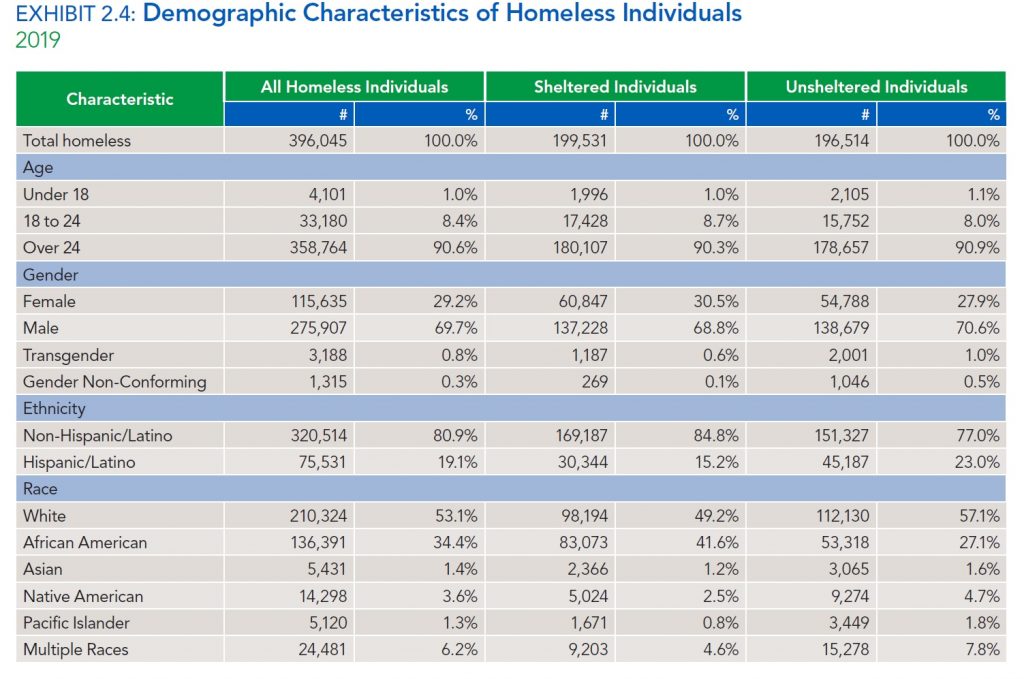 Seattle reflects the US population as a whole, though when broken out by category of community, it more closely matches “other largely urban” areas than “major cities.” In general, it’s interesting to note the differences in demographics, especially by race: 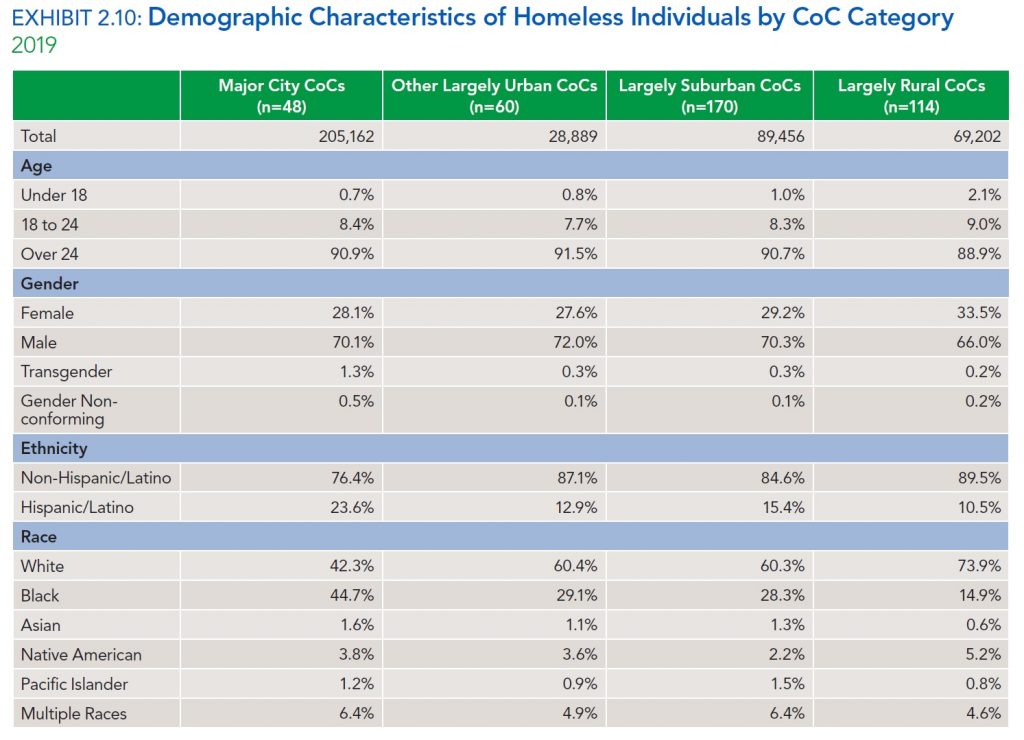 The data on “family homelessness” shows that it’s a problem across Washington State: Seattle/King County, Spokane, and rural areas. 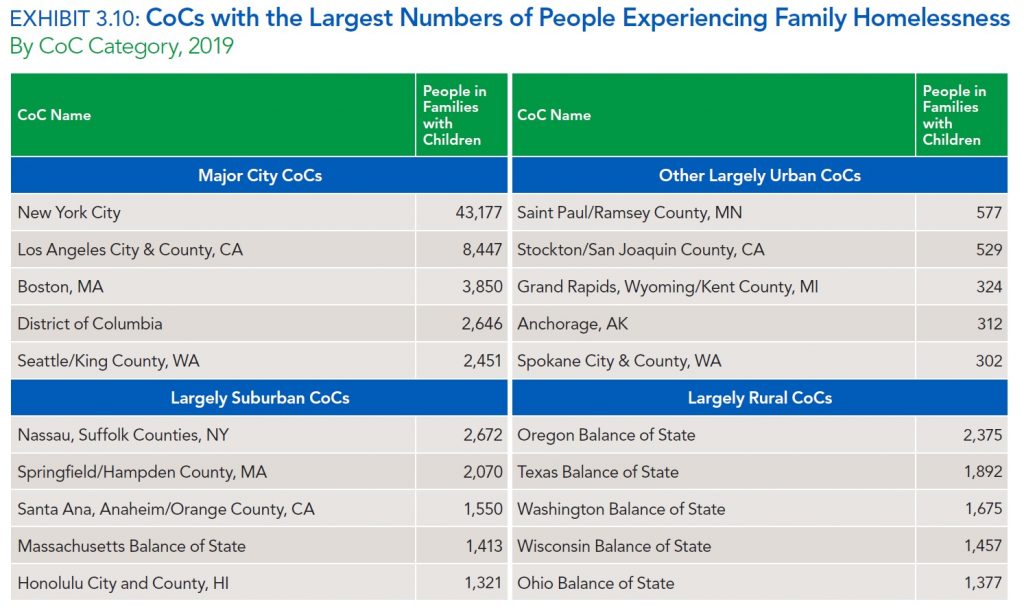 The report also charts the change in beds for homeless and formerly homeless people nationwide — and we can see the effect of HUD’s decision to move away from transitional housing, even though it’s now recognized as a best practice for homeless youth and young adults. 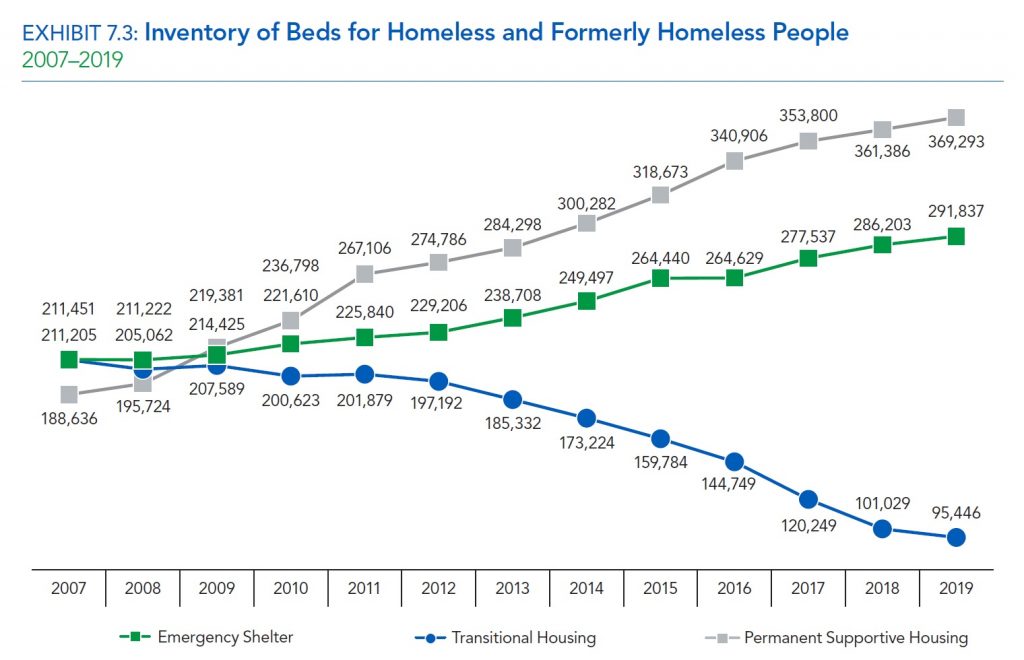 There’s much more in the report worth reading through.

Thanks for reading to the end!  Articles like this one take days to research and write. If you find my reporting valuable, please consider making a contribution to support my work.