Council member Rob Johnson stated in his inauguration speech that he was looking forward to the opportunity to do long-term planning. Well, he and his fellow Council members got a large helping of that today.

This morning, Johnson’s Planning, Land Use and Zoning committee were briefed on the City’s 2035 Master Plan Update.  Much work has been done on the update already, including writing a draft plan and holding public sessions to gather feedback on it. The plan intends to deal with an additional 70,000 new housing units and 115,000 jobs in Seattle, focused on the “urban villages” concept which is already a central part of the Master Plan. You can review the draft plan at http://2035.seattle.gov . The city will be further developing the plan over the course of 2016, continuing to gather input as it goes.

This afternoon, the Sustainability and Transportation Committee (of which Johnson is Vice Chair) heard a presentation on the city’s Transit Master Plan, which is being updated to incorporate the results of the recently-approved Move Seattle levy.  The plan calls for the creation, over several years, of seven additional RapidRide bus lines across the city, and noted that future light rail service to Ballard and West Seattle are top long-term priorities. 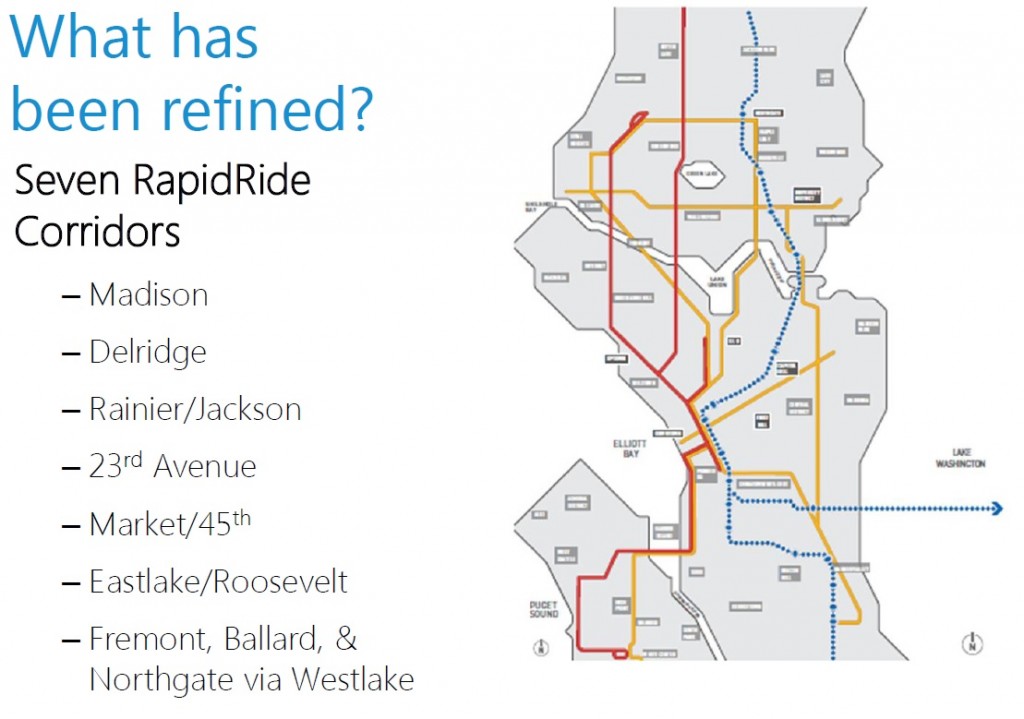 The amended master plan is going up for approval now so that this spring and summer the City can apply for funding from various regional, state and federal transit grant programs.  How quickly it all moves forward depends on their level of success in getting those funds. master plan passed out of committee and will be presented for the full Board’s approval one week from Monday. The full 224-page Master Plan can be found here.