Representatives from the Department of Human Resources, the Office of Civil Rights, and the Mayor’s Office jointly presented the analysis that led to the specific proposal of extending the current parental leave from the current four weeks to eight, and adding four weeks of leave to care for family members.

The city staff arrived at this by balancing two calculations: the number of employees whose needs would be met, and the cost to provide that much leave. They listed several cost drivers in the model:

For parental leave, the city figures that with the ability to attach accrued paid leave of other forms (sick, vacation, floating holidays), 96% of city employees will be able to take at least 12 weeks of leave by extending the paid parental leave benefit to 8 weeks. That will cost $1.7 million in the first year, with inflationary increases in subsequent years. 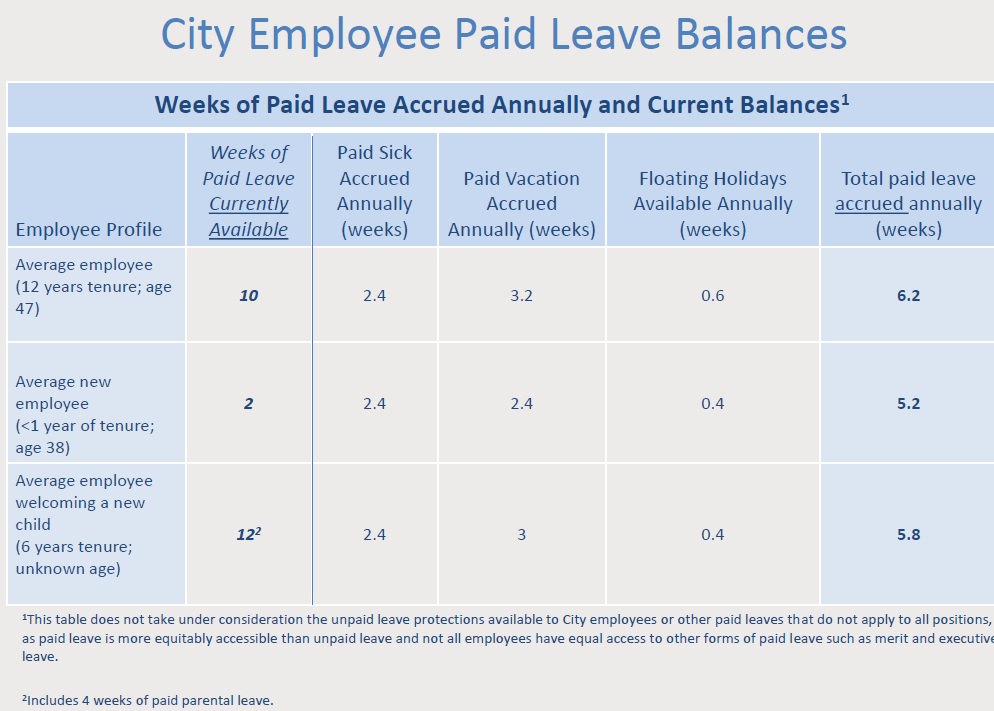 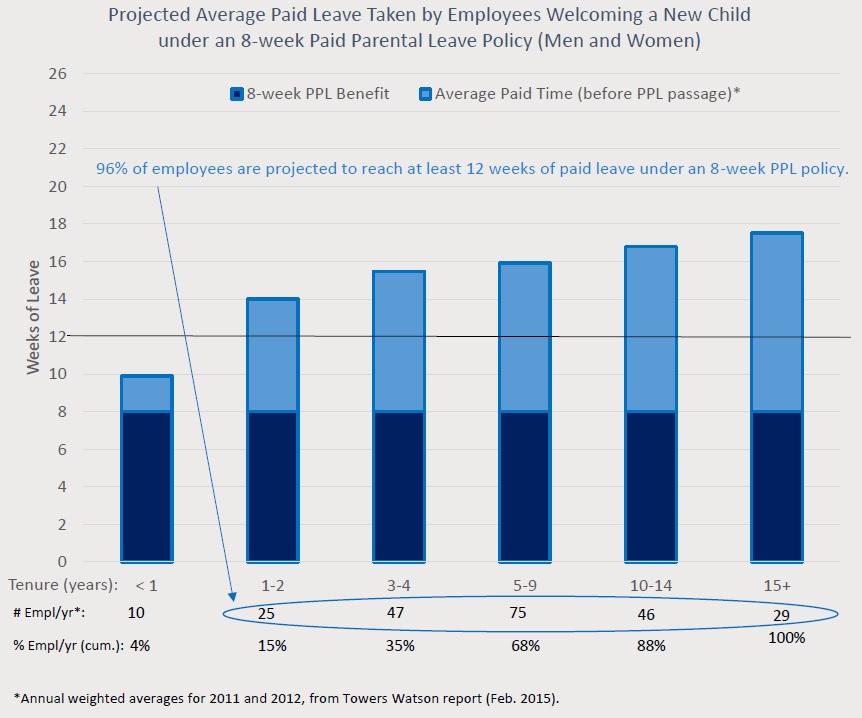 For paid family care leave, they estimate that 76% of employees who need leave are already having their needs met, because most leaves are short-duration. By adding a 4-week paid family care leave supplement, that number rises to 93%. but that’s just among the 900 employees projected to need leave. There are 12,000 city employees total, so across the entire population over 99% will have their needs met under the new policy, and the remaining still have an option to take unpaid leave available to them.

That’s a good thing, because adding more weeks of paid family care leave gets very expensive for the city with diminishing returns. 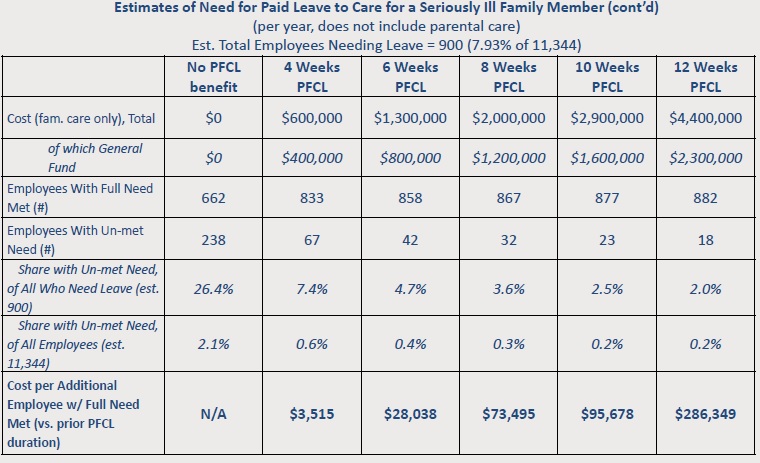 So with some critical thinking they have landed on 8 weeks of paid parental leave and 4 weeks of paid family care leave. The Council members present at the hearing seemed satisfied with this — though there is not yet a plan for how to pay for the additional $2.3 million this will cost: $1.7 million for paid parental leave and $600,000 for paid family care leave.

But for Council member Kshama Sawant, this isn’t enough; she wants paid family leave for all employees in Seattle. She is organizing a rally on June 30th with the King County Labor Council. Sawant says in the invitation she sent out to her mailing list:

Guaranteed paid family and parental leave is both a workers’ rights and a women’s rights issue.

The U.S. is the only industrialized nation that does not have mandated paid leave–in fact it is one of only four countries that does not provide it. It is high time that we change that.

Every year, tens of thousands of Seattle workers are forced to return to work while a loved one deals with serious illness or a new child is still in infancy.

While many workers in Seattle have won paid time off by organizing and bargaining leave provisions in their union contracts, too many others are left out.

It’s time to win paid family and parental leave for all workers in Seattle.

Please join me and the Martin Luther King County Labor Council on Saturday, July 30 at 2 pm at the Seattle Labor Temple to discuss the proposed expansion of paid leave for City of Seattle employees, and how we can build a mass movement for paid family and parental leave for all Seattle workers. We invite your organization to endorse the event and help us mobilize your network to it.

Workers won $15 by building a movement and organizing co-workers, nonprofits, and unions–not by the maneuverings of corporate politicians. On July 30 we will discuss a plan to build the strongest grassroots campaign possible.

But given the still-phasing-in minimum wage, the imminent secure-scheduling ordinance, and the efforts still underway to staff up the Office of Labor Standards to enforce existing labor laws, it’s unclear how much appetite Sawant’s colleagues on the Council and the Mayor will have for imposing additional regulations on the private sector.

In the mean time, there is still much work to do on the paid family leave proposal before it becomes law. The city staff need to apply the Racial Equity Toolkit to the proposal, negotiate terms with the unions that represent city workers, draft an ordinance, and allocate funding in the 2017-2018 budget to fund the program. Council member Gonzalez, who chairs the GESCNA committee, told me in email this morning that she is hoping to pass the legislation before the Council takes its recess in August, but that timeline is flexible because it’s unclear how long the labor negotiations will take.  “I am not overly concerned about the timeline of the negotiations. We are aiming to pass legislation before the recess but if that does not happen, it’s not the end of the policy. We will simply pick it back up after recess. We have ample time to get this policy ready for January 1st, 2017 implementation date.”