The Mayor used his authority under the 2015 declaration of emergency to fast-track the permitting of the encampments. The City Council may ratify, modify, or reject the Mayor’s emergency orders. In this morning’s Council Briefing, City Council president Bruce Harrell said that he would be introducing a resolution for consideration this afternoon that would ratify the orders.

Here’s a map listing the existing and proposed locations for sanctioned encampments. There are separate orders for encampments at: 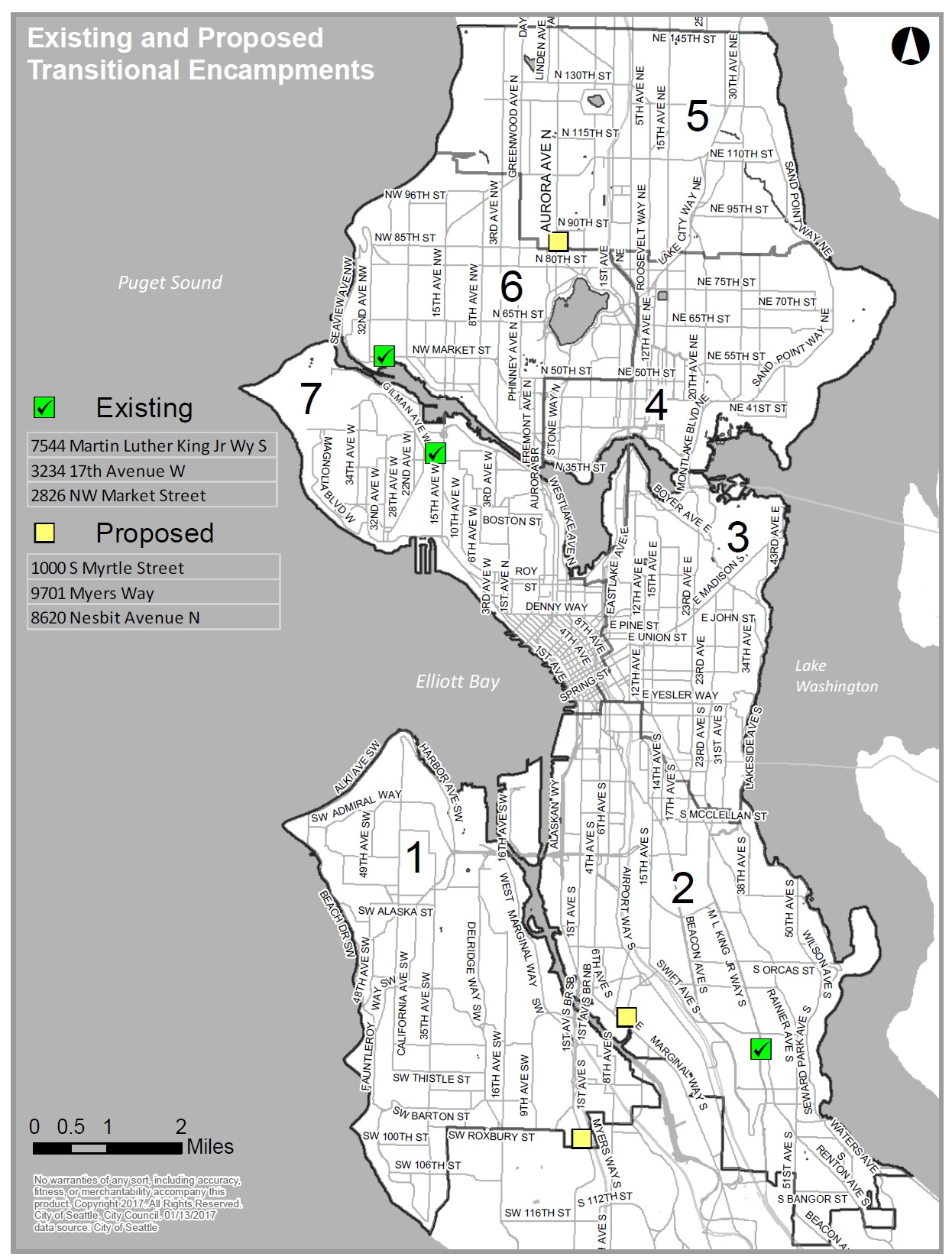 UPDATED: This afternoon the Council chose to modify the Mayor’s emergency orders before ratifying them.

Council member Herbold added some specific requirements for how the sanctioned encampments will be operated, and how the neighboring community will be involved: