“… perhaps the most important piece of legislation during my time in office.”

That’s how Mayor Ed Murray summed it up when he and two Council members held a press conference today to mark the official submission of police accountability legislation to the City Council. 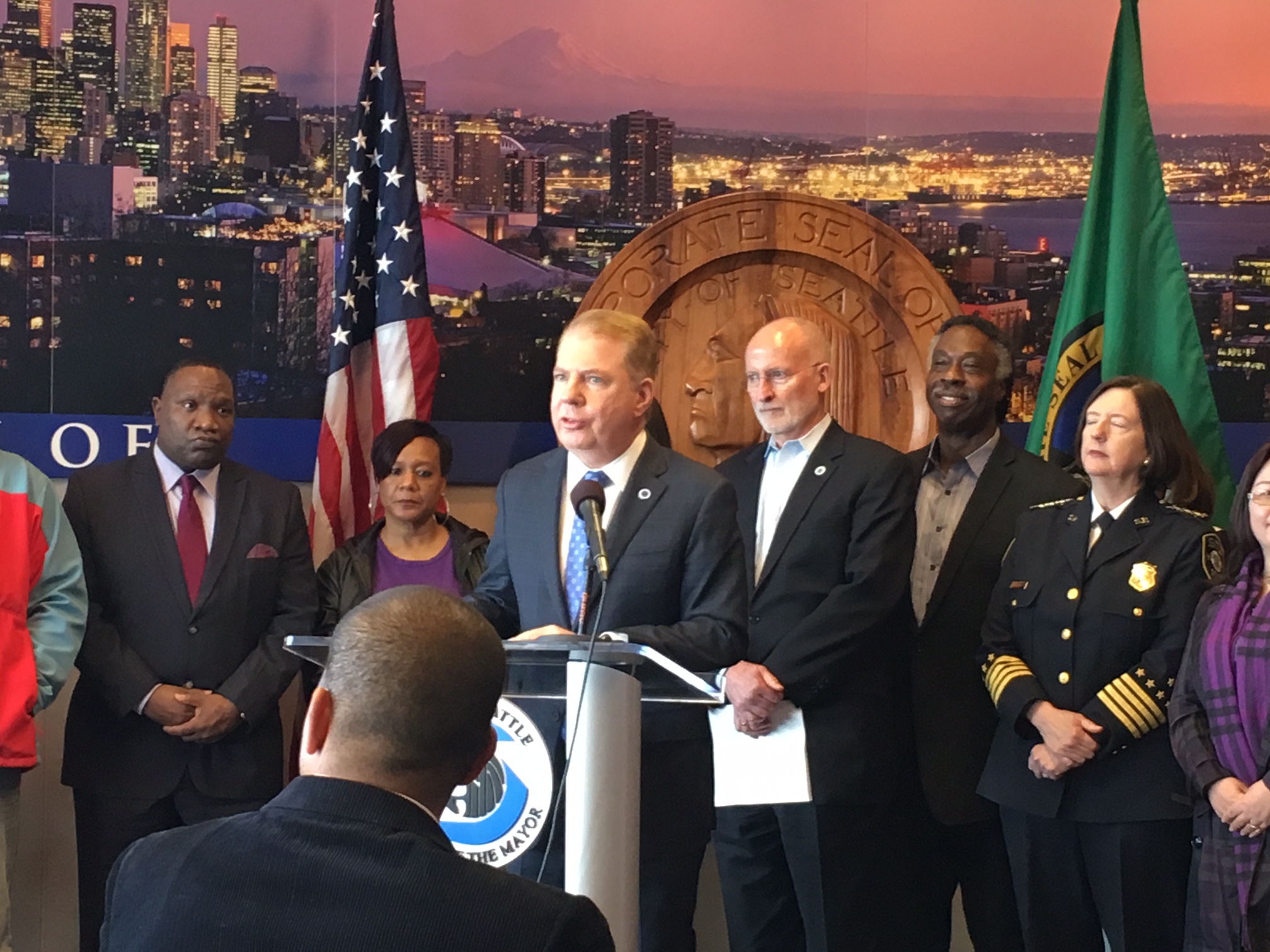 Since receiving the go-ahead from Judge Robart a few weeks ago, his staff has been working on preparing the legislation for the Council’s legislative process. Today marks the official start of the process, which if all goes well will result in a finished bill in May that will be submitted back to the judge for final review.

For background, my recent coverage of the legislation is here and here.

This morning, I and several other City Hall reporters received a technical briefing on the legislation in its current form. I will write up a longer analysis in the next couple of days, but in a nutshell:

The heart of the legislation is still the same: three principles, and three bodies to act on them:

Some issues are still to be worked out, including:

The legislation is co-sponsored by eight of the nine City Council members (Sawant is the lone holdout, for reasons unspecified).

Council member Gonzalez’s office has a nifty infographic to help understand the many pieces of this complex piece of legislation. She also published a schedule for development of the legislation over the coming months. The first hearing is next Wednesday, February 8th.