This afternoon, the Sustainability and Transportation Committee voted to advance a bill that would require new construction to include wiring infrastructure to support future installation of electric vehicle charging stations. 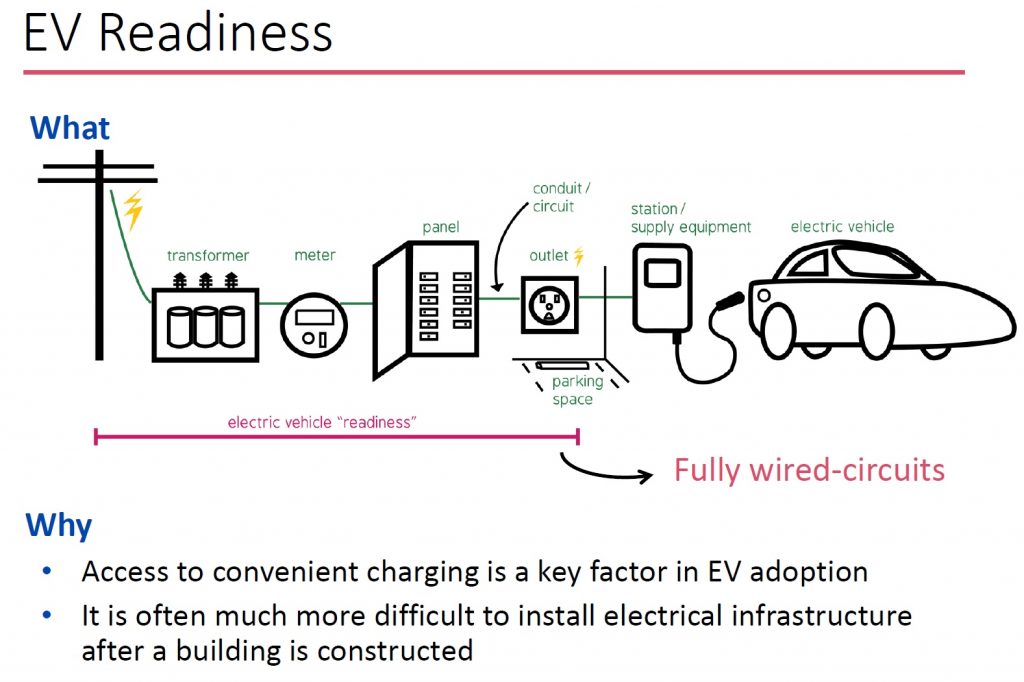 The bill doesn’t require installation of the charging stations themselves, but instead requires that a certain number of parking spaces have wiring either in the walls or the floor/ground to the circuit breaker box, on the theory that it’s far less expensive to add the wiring during construction than to retrofit it in later.

A minor amendment was adopted today, adding a reporting requirement for three years after the ordinance goes into effect so that the city can quantify how many EV-ready parking spaces were created, their geographic distribution, the types of development that included them, and any recommendations for changes to the ordinance to make it more effective.

The bill will come before the full Council next Monday for final approval.