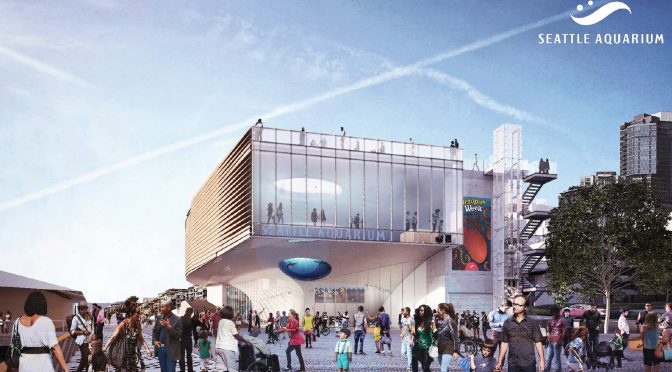 This Council is definitely not slipping quietly into the night. Here’s what they got up to today.

This morning, Council member Bagshaw revisited the ongoing debate over the proposed plan to breate a regional governance structure for the homelessness response. After last Thursday’s two meetings, where the Regional Policy Committee advanced a proposal in the morning and the City Council tore it apart in the afternoon,  Bagshaw today unveiled an amended version of the RPC’s proposal , with changes focused on two issues:

The Council’s Select Committee on Homelessness meets on Thursday to consider approving Bagshaw’s amended version. But if they change the proposal, it must go back to the RPC for reconsideration. The RPC, however, today cancelled its last scheduled meeting for the year, a move which several Council members deemed a “power play” to force the Council to accept its proposal as-is in order to get the deal done before the end of the year. So now the Council has a tough choice on Thursday: accept a deal they don’t like some aspects of in order to finally move the agency forward, or insist on some changes and drag the negotiation process out into 2020. There are Council members with strong feelings on both sides, so it’s unclear what will happen on Thursday. Bagshaw will spend the intervening days playing shuttle diplomat to try to broker a deal.

This afternoon, the Council approved a six-month extension to the deadline for the city to submit Surveillance Impact Reports to the Council. The process to write up and review the 22 technologies identified as being used by the city that have surveillance implications has taken much longer than expected, in part because the Council has moved the goalposts along the way and demanded different and additional information — and then a summary version, because the document with all the information they demanded was too long for them to actually read. To date, only two of the 22 have been reviewed and approved.

The Council also approved a change to the city’s Technology Matching Fund, which issues small grants to organizations to help with technology projects. The long-standing program had come under fire for taking too long to issue grants, so at the CTO’s request (and because the grant size is so small), the Council is allowing the CTO to have more authority and autonomy of the grant decision-making process. He must deliver a report to the Council in March  on the changes he has implemented.

While we’re on the topic of the CTO, a bill got introduced today that would give him a raise.

This afternoon, the Council also approved a six-month extension on the temporary moratorium on changing the use of mobile-home park properties that it issued last January. According to Council member Herbold, the city has been dragging its feet on investigating and proposing a more permanent zoning change for the two mobile-home parks within city limits; as of June it hadn’t done anything, but this fall has made some progress and expects to have a proposal (and a SEPA determination) soon. In related news, the Halcyon mobile-home park that was the impetus for the moratorium has been sold to a different buyer than the one who was contemplating a purchase in January, and the new buyer has sent a letter to the tenants and the city committing to continue operating the property as a mobile-home park.

In further developments, the recent win for the city in the state Supreme court over the city’s “first in time” tenant-protection ordinance has had a spillover effect. As you may recall, the Court overturned a long list of its previous case precedents as it asserted its intention to follow federal precedent rather than its own path. One of those cases is Manufactured Housing Assn. vs. State of Washington, in which the Court decided that a state law granting a first right of refusal to purchase a mobile-home park to its current residents was unconstitutional. A very excited Council member Herbold declared today that with that precedent abandoned, she would like to investigate passing a city ordinance granting just such a first right of refusal to mobile-home tenants in Seattle.

So before the now-extended moratorium expires, we should expect to see two pieces of legislation brought forward: a zoning change limiting the use of the two current mobile-home parks to only that use, and a first right of refusal for mobile-home tenants to purchase their park property.

This afternoon, Council member Sawant introduced an ordinance that would ban residential landlords from evicting tenants from November 1 through March 31. I’ll write separately on that tonight.

This afternoon the Council also passed an update to its standing rules and procedures. Most notably, the rules amend how committees operate. Going forward, standing committees will have at least 4 members (plus an alternate if all nine Council members aren’t members of the committee), and only those members are allowed to vote on items in front of the committee — so the outcome of an amendment or bill in committee will no longer be subject to how many other committee memebrs show up to vote on it. In addition, quorum for a committee is set at 3 members, so gone are the days of committee meetings with only the chair showing up: committee members will be expected to show up and vote, or work will grind to a halt for lack of a quorum.

There are been rumors floating around City Hall (which, to be clear, I have not been able to confirm) that beginning next year each Council member may not have their own committee to chair, but instead the committee work will be consolidated into a smaller number of standing committees. If that happens too, then with the new rules in place the  Council’s committee will be very different indeed.

This afternoon the Council approved a funding and construction agreement with the Seattle Aquarium Society on the construction of a new Ocean Pavilion along the waterfront. The total cost for the project will be $113 million, with $34 million contributed by the city. Groundbreaking is expected in 2021, with the new facility opening in late 2023.

Thanks for reading to the end!  If you find my reporting valuable, please consider making a financial contribution to support my work. Even just $5 a month helps.