The new Council is getting up and running, committee meetings are scheduled, and things are starting to happen on the second floor of City Hall.

This afternoon, the Council passed two “Clean Campaigns” ordinances intended to curb the impact of big money in local politics. See my separate post on that.

A third bill will continue to be worked on in committee until late March or early April.

The Council has two resolutions in the pipeline related to foreign affairs, both sponsored by Council member Sawant. The first states the Council’s opposition to the Rump administration’s escalation of war with Iran and its treatment of Iranian-Americans at the border. It was originally scheudled for a vote this afternoon, but at the request of local advocacy groups has been postponed until next Tuesday afternoon’s Council meeting.

The second opposes India’s new citizenship law which opponents claim is anti-Muslim and has led to protests across the country. It was just introduced this afternoon and is also expected to be voted upon next Tuesday.

Congratulations to Council President Lorena Gonzalez, who welcomed her daughter Nadia into the world last Friday. 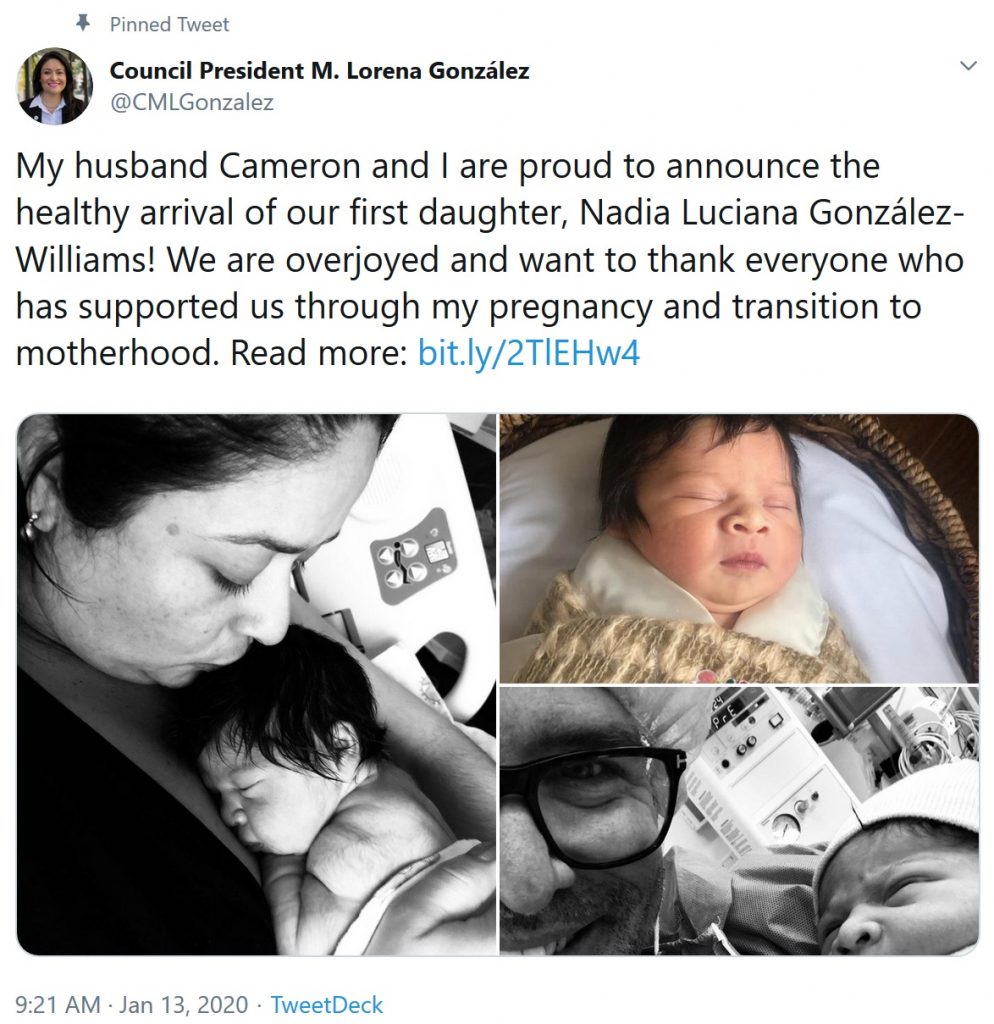 With the winter weather upon us this week, Council President Pro-tem Lisa Herbold reminded her colleagues and the public this morning that the city will be holding twice-daily press conferences at the Emergency Operations Center, along with issuing a press release at 8am each morning, to keep everyone up-to-date on the city’s response. Herbold noted that the city has more than 60 pieces of snow/ice removal equipment, and was pre-treating surfaces over the weekend in advance of the arrival of snow and sub-freezing temperatures. Also, the city has opened a severe weather shelter; it will be open at least through the end of the week.

This evening, Council member Morales will be holding a community swearing-in ceremony at 6pm at El Centro de la Raza.

Council member Sawant will also have a swearing in ceremony this evening at 6pm at Washington Hall, followed by the kickoff of her renewed “Tax Amazon” campaign.

Several Council members are setting up office hours in-district. Council member Morales announced this morning that she will hold them on Fridays, starting January 31 at The Station.

Morales also noted that her first committee meeting will be held Friday, January 24, at 2pm, having been bumped from earlier that week because of the MLK holiday.

Council member Lewis has scheduled the first meeting of his Select Committee on Homelessness for net Wednesday, January 22 at 2:00pm. It will take up Council member Sawant’s proposed ordinance on re-authorization and expansion of permitting for transitional homeless encampments, including “tiny home” villages.

Council member Pedersen’s first committee meeting will be this Wednesday. On the agenda:

Council member Herbold’s first committee meeting, originally scheduled for tomorrow, has been cancelled. The next meeting is scheduled for January 28.

Council member Sawant’s first committee meeting will be January 23 at 6:30pm, in which she expects to vote on her proposed ordinance prohibiting evictions from November 1 through March 31.

Council member Herbold reminded everyone that the 47th annual Martin Luther King Jr. community celebration will be this Friday, January 17, from noon to 1:30pm at Mt. Zion Baptist Church.