Tomorrow morning, Seattle Public Utilities will appear in front of the City Council’s Transportation and Utilities Committee to present its updated six-year strategic plan and an accompanying six-year plan for the rates it will be charging its customers. The strategic plan summarizes the highlights and challenges for the public utility company, including the factors leading to the new proposed rates.

SPU’s six-year strategic plan is updated on a regular three-year cycle, so while it looks out several years generally speaking no version of it is particularly revolutionary. That said, over time one can certainly see the impacts of changing priorities at the city, including environmental sustainability and racial equity.

SPU has three main businesses:  water, drainage and wastewater management; and solid waste (including garbage, recycling and food/yard waste). Since it is a public utility, these businesses are not run to make a profit; instead, revenues (and rates) are determined in order to cover projected expenses: operations, administration, capital projects, taxes, and debt service.

The water-supply business is large and capital-intensive, with reservoirs both up in the mountains and within city limits, and thousands of miles of water pipes that must be maintained in working order. It is a business that is managed by SPU on its own. The drainage and wastewater business is a joint operation with King County; each owns and maintains some of the infrastructure, and King County runs the treatment plants (and charges SPU for treatment service). The solid waste business is almost entirely contracted out to private waste-management companies; SPU’s capital investment is relatively small, mostly related to the two transfer stations.

SPU and its sister organization, Seattle City Light, share a billing and customer-service system, including a call center; each contribute to the costs of building, maintaining, staffing, and operating it.

SPU keeps separate financial models for each of the three businesses, including calculating separate rate plans for each to match each business’s ongoing expense profile (here’s a memo from the City Budget Office summarizing SPU’s finances). Two years ago, its projected rate plan had average increases of 5.2% across the three businesses. But there’s good news: SPU, through a lot of hard work, has brought that down to 4.2%.

Here’s how SPU accounts for the 4.2% rate increase: base inflation of 2.6%, service contracts, taxes, operations costs above inflation, and financial policies that require certain levels of liquidity. 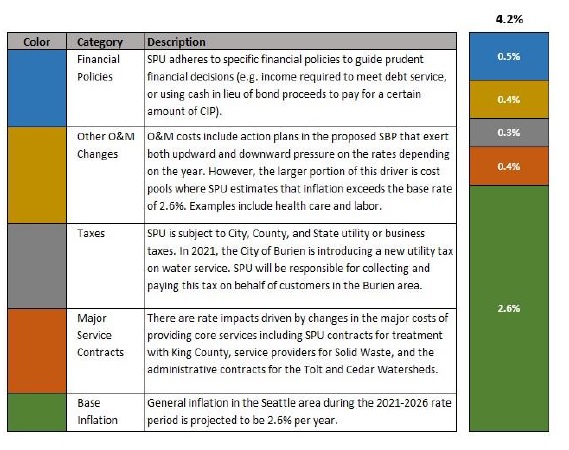 But on the flip side, the increase would have been much worse, except for three factors:

The water and solid waste financials are reasonably straightforward: the water business is run in-house, and the solid waste business is almost entirely outsourced. But the drainage and wastewater business is much messier, due to the shared responsibilities with King County. Like the water business, it has an aging infrastructure that needs constant, large investments in maintenance and replacements. But for the next few years it also has one additional factor: the Ship Canal Water Quality Project. This $570 million project will correct a broken “combined sewer outflow” system in the Ballard, Fremont and Wallingford areas that can dump raw sewage into the Ship Canal during heavy rainstorms because sewage and storm runoff are being carried by the same pipes. 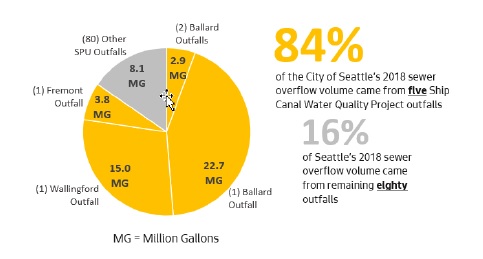 Seattle and King County signed a consent decree with the federal government several years ago committing to building out a new system with increased capacity that would minimize the chances of sewage outflows into the Ship Canal. That project started construction last year, and is now entering the most expensive phase of the construction for the next few years. It is expected to be completed by 2026. SPU is covering $262 million of the cost, and King County is picking up $175 million.

SPU’s portion is, of course, passed through to its customers through higher drainage and wastewater rates. But it turns out that much of King County’s portion is as well, as it is raising the rates it charges SPU for wastewater treatment to compensate for the additional expense. King County is also notorious for causing whiplash with its rate changes, which is the biggest factor in why SPU’s drainage and wastewater rate increases are larger and more volatile — King County’s rate changes are passed through to SPU’s customers. 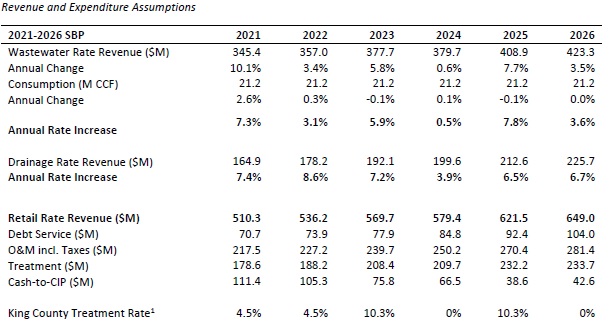 The good news, as mentioned earlier, is that SPU landed a very sweet $192 million federal loan for the lion’s share of its capital costs for the project. And hopefully after 2026 when the project is complete and SPU (and King County) are only paying debt service for the Ship Canal project costs, the rate increases will both shrink and smooth out.

So what do the new water, drainage, wastewater and solid waste rates mean for our SPU bills? SPU expects that for a typical single-family home, the monthly bill will increase $15 this year, with smaller increases in the following years. An apartment will see an increase of about $4 per month this year, with slightly larger increases in the subsequent years. A convenience store will see its monthly bill go up by about $40 per month, with some variability in the coming years. 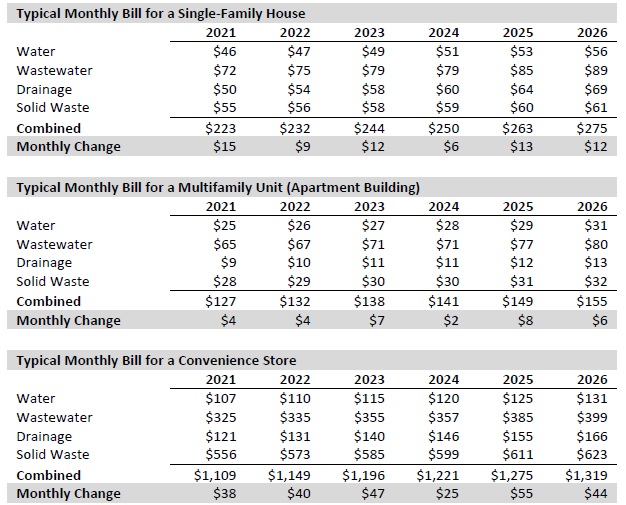 Of course, there is much more to the strategic plan than just rates. It includes a long list of initiatives and investments, spanning four themes: service, sustainability, equity, and affordability. The projects are described in detail in the plan. 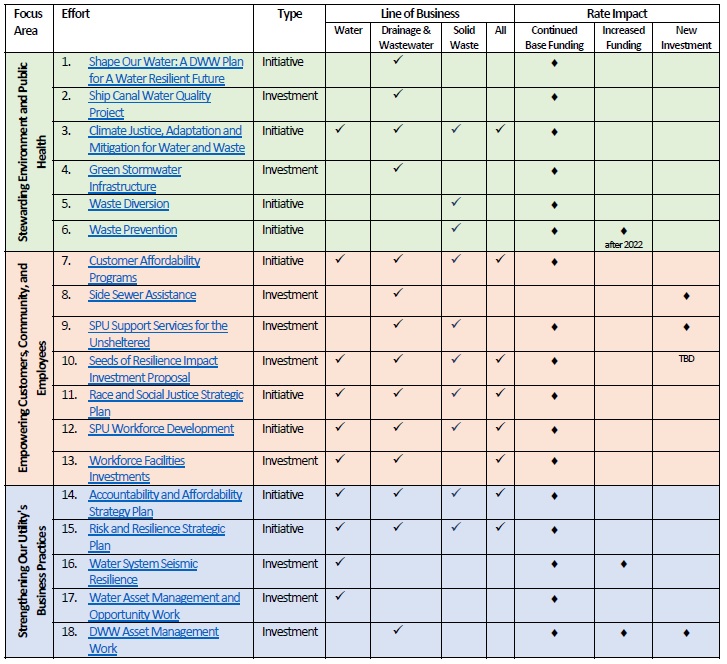 Here are some other themes and issues that the strategic plan brings to light:

The breadth and scope of the Strategic Plan is at once both necessary and eye-opening. We ask a lot of Seattle Public Utilities: deliver uninterrupted water, sewer and solid waste service; address climate change and environmental concerns, as well as race and social justice issues; promote conservation; adjust to changing work habits post-pandemic; keep the city clean during both a homeless emergency and a pandemic; and all the while keep rates low and still deposit $123 million into the city coffers.