Back at the beginning of the City Council’s discussion of secure scheduling, retail and food-service employers adamantly insisted that while national labor surveys showed serious issues, there was no evidence that those issues existed in Seattle. They further insisted that the Council commission a study on scheduling issues in Seattle before it took any action.

So the Council called their bluff and commissioned a study; the results are now in, and yesterday they were presented to the Council.

It turns out that in many ways the national trends in low-wage worker scheduling are also true in Seattle. And indeed, there are some ways where Seattle is different — but those differences make the scheduling issues worse.

In an interview, Jake Vigdor, the head of the consulting company that ran the study (and a professor at UW), filled me in on the ways that Seattle’s low-wage worker population differs from the national norm. Some of it is basic demographics: Seattle’s population has more immigrants from a broader set of countries (particularly Africa and Asia) and a smaller proportion of African-Americans. Also the industries are different, with less manufacturing and more “service economy” jobs.  But the biggest factor that makes Seattle an outlier from the national norm is the cost of living — and particularly the unaffordable housing. Largely because of that, working more hours is much more important here than in other less expensive cities. 33% of Seattle’s low-wage workers have more than one job, compared to 13% nationally.  And 30% of Seattle’s workers want to work more hours. 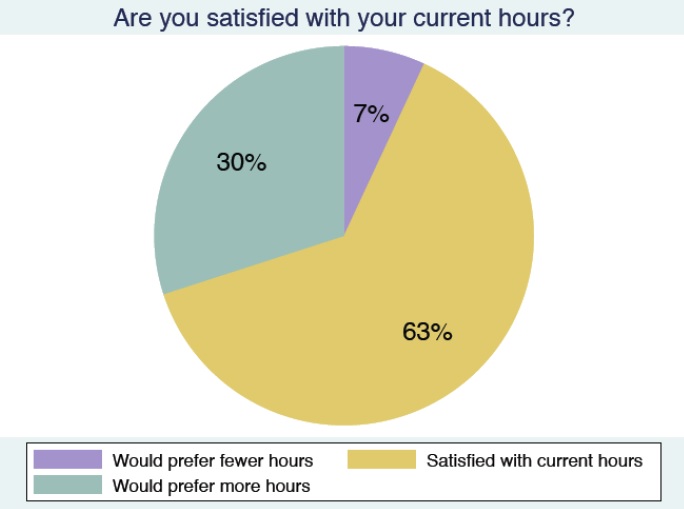 The data shows that access to hours is a real issue: the vast majority of workers wanting more hours are getting less than 40 per week, with about 55% of them  under 30 hours. (30 is a magic number that employers often want to keep workers under because the ACA requires employers to provide health benefits to anyone working 30 or more hours). 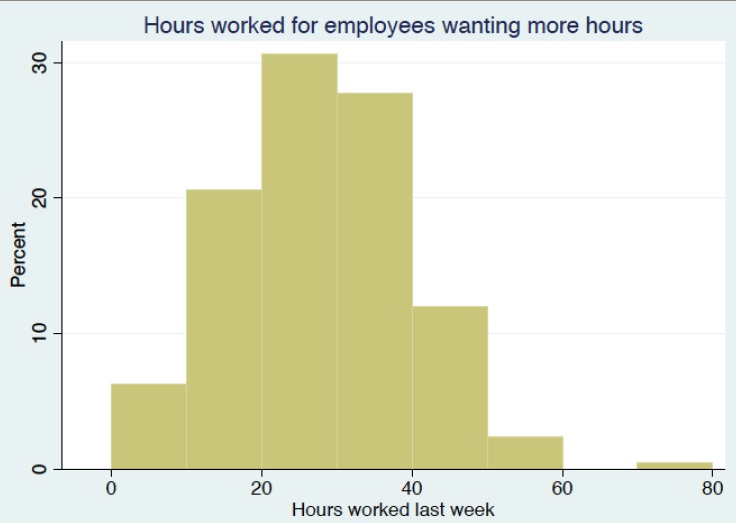 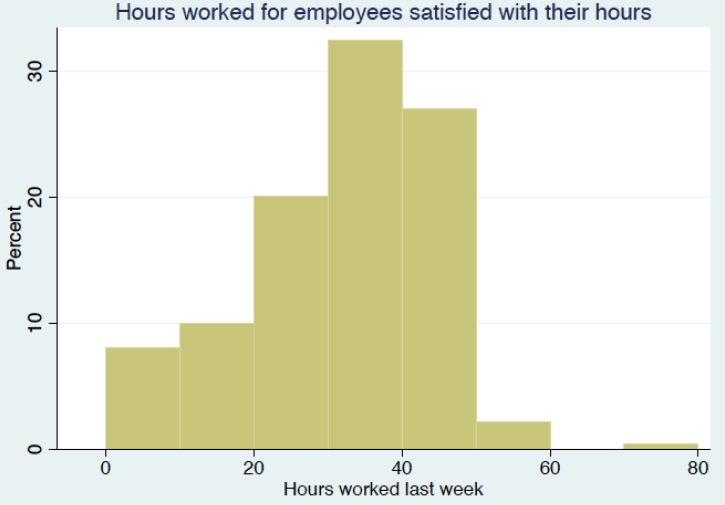 We see the importance of access to hours show up in workers’ response to manager-initiated shift changes: workers often volunteer to add shifts, but more often than not decreasing hours is involuntary.

And we see how scheduling practices can make this worse:  two thirds of employees don’t have a guaranteed minimum number of hours, about forty percent weren’t even given an initial estimate of hours, and less than half can select shifts. 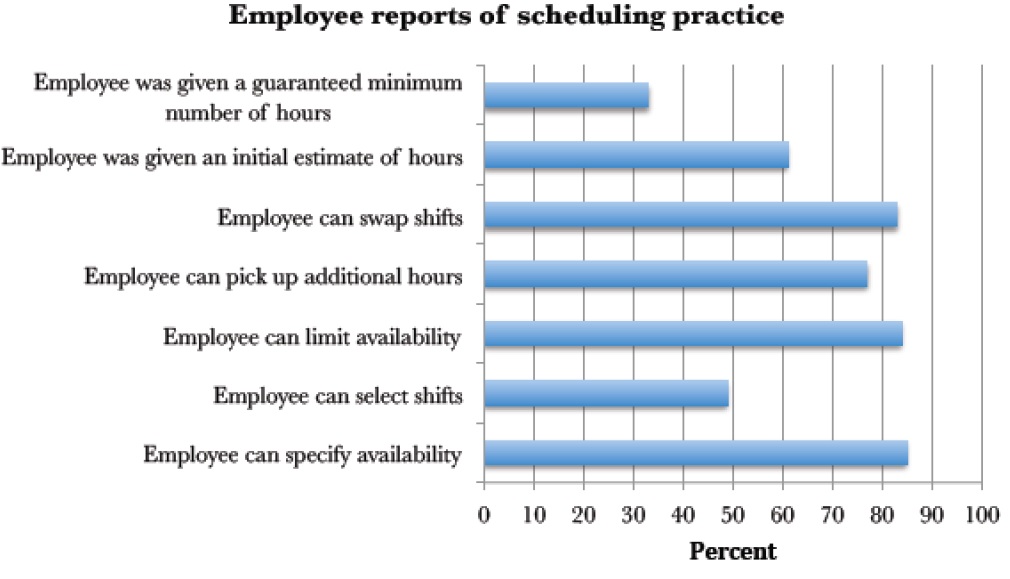 The data on advance notice is equally sobering.  In general, most employees get 2 weeks or less advance notice of their schedule, with a large fraction getting less than a week. 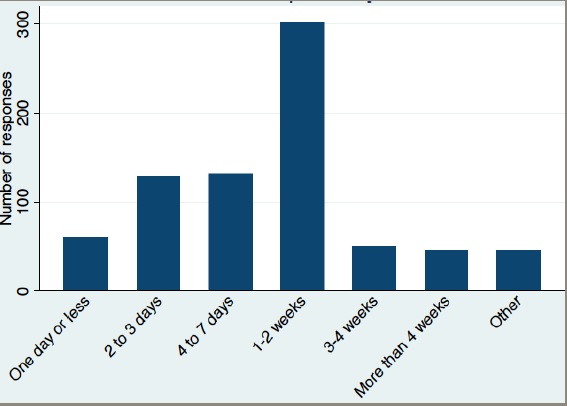 Nearly one quarter of employees reported being given less than 12 hours notice for a shift in the prior two weeks. 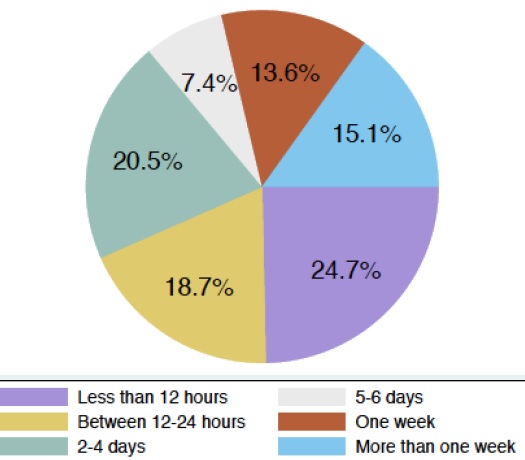 The advance notice is so critical to workers’ lives, that it took an offer of a large pay increase to convince them to accept less than one week’s notice. 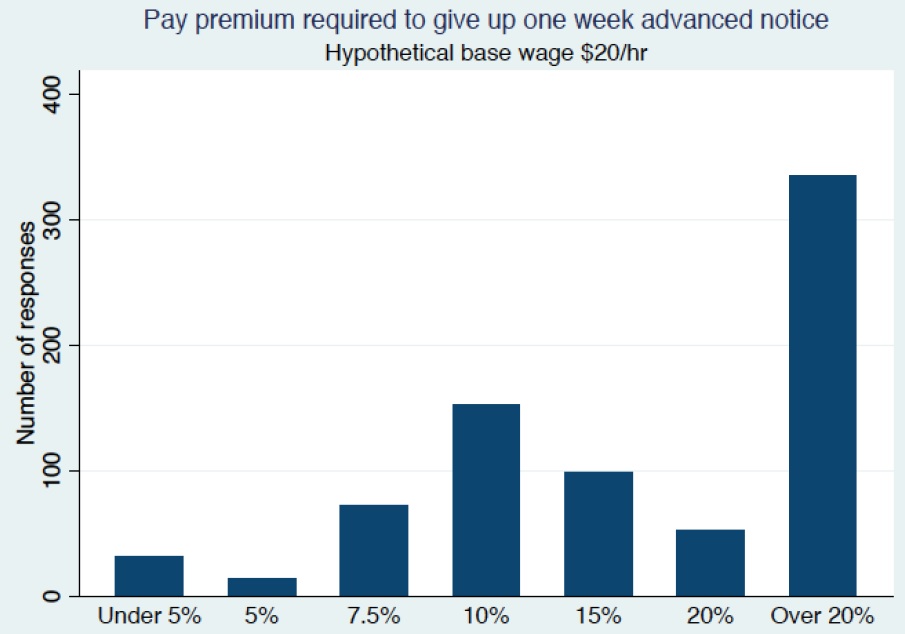 The report has equally sobering data on other scheduling issues, including split shifts and clopenings,  The bottom line is that Seattle workers have the same litany of problems caused by scheduling difficulties that we see nationally: 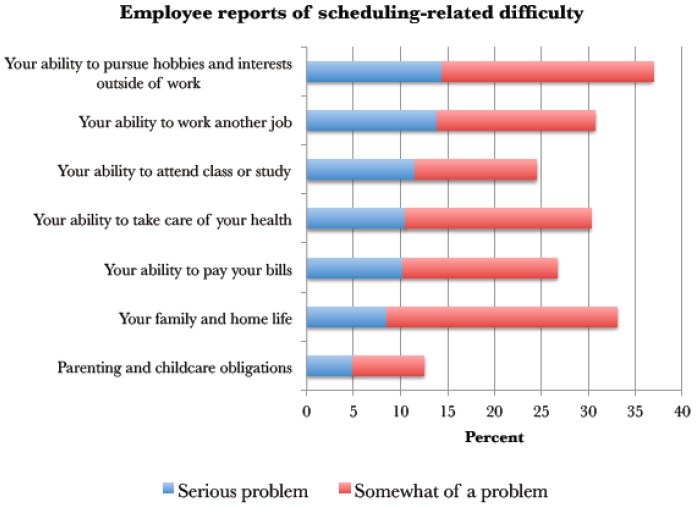 According to Wigdor, Seattle has more low-wage workers who are subjected to problematic scheduling practices, as well as higher racial disparities — which aligns with data on the disparate effect of housing affordability on racial minorities.

By asking for a study on Seattle, the retail and restaurant employers bought themselves a little time, but in so doing they thoroughly debunked their own myth; it’s now perfectly clear that secure scheduling is a severe issue for low-wage workers in Seattle. These study results will only strengthen the Council’s resolve to pass legislation to curb the most problematic practices.