This morning, as promised, the City announced a Request for Proposals (RFP) for redevelopment of Key Arena at Seattle Center.

There have been reports that the city has found more than one organization interested in at least discussing renovating the Key Arena as an alternative to Chris Hansen’s plan to build a new arena in the SODO district. This is an attempt by the Mayor to actively and formally explore that option. The RFP asks for proposals to redevelop it into a “world-class civic arena” for music, entertainment and sports events, including possibly an NHL or NBA franchise.

Let’s dig into the details or what the city is looking for — and what constraints they are placing on the project.

The RFP assumes that a proposer will be both the redeveloper of the site and the long-term leaseholder and operator of the new arena. The site is large: it includes not just the arena building itself, but also several support buildings to the south, along with the 1st Avenue N. parking garage and adjacent lot. Everything in the blue border on the map below, including all the purple buildings. 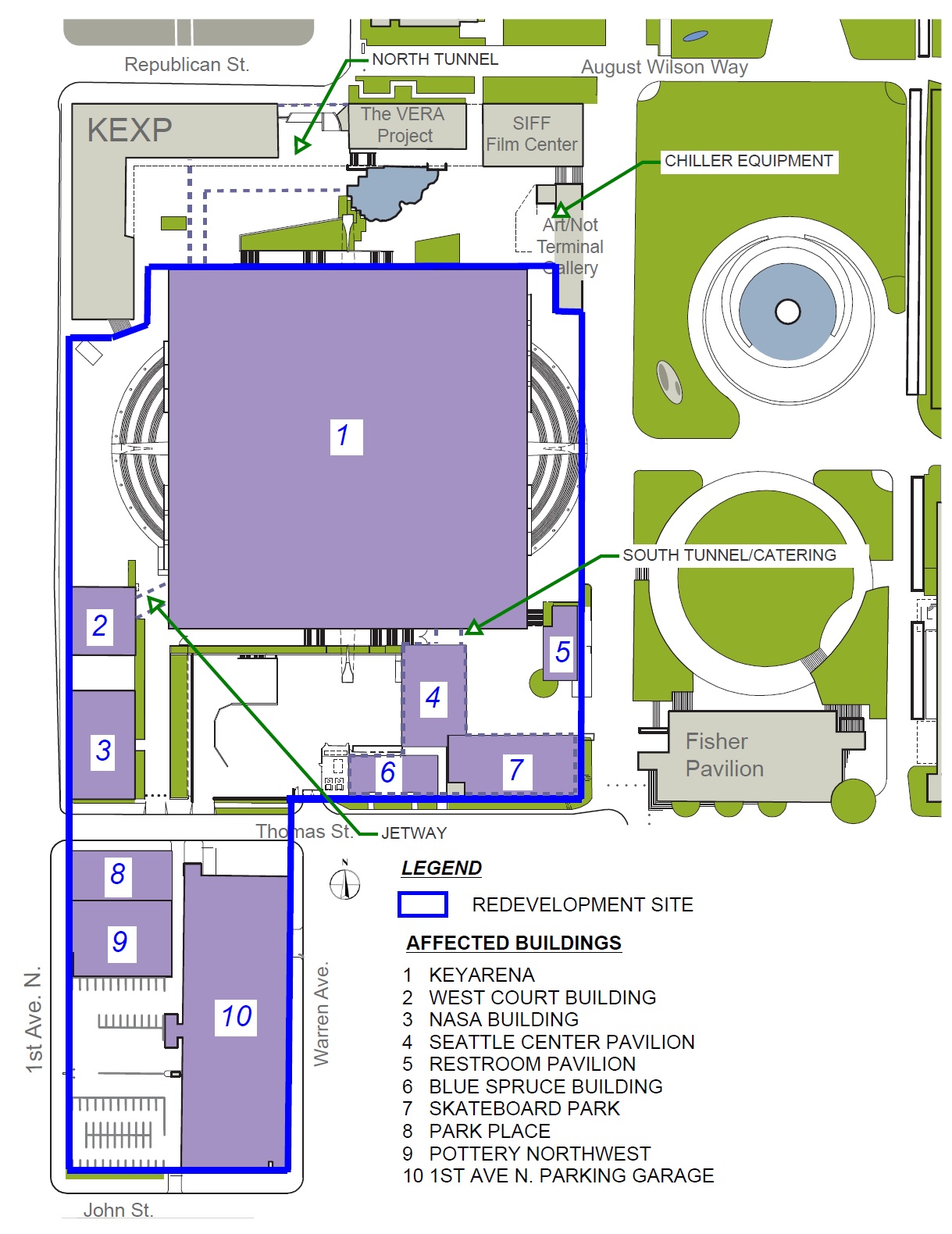 As is typical with many agreements like this, eventually the redeveloped property, including all improvements made by the proposer, all become owned by the City of Seattle  (the SODO Arena had the same requirement). The developer/operator would get to name the facility, and sell sponsorships and advertising  within the site.

But wait, there’s a catch. Actually, there’s a very long list of catches. Fasten your seat belt, because this is going to get complicated fast:

Now, many of these items are typical of a public venue agreement, others are simply “business as usual” with the City of Seattle, and the MOU with Chris Hansen includes several of these items as well. But there are also many that are specific to Seattle Center and Key Arena’s history, and the combination makes for a very complicated list. Certainly a requirement list this long will give many potential developers pause, and it will be interesting to see how many decide that it’s worth pitching a proposal.  The city will be doing pre-proposal meetings with interested parties at the end of the month, and that will provide a clearer idea of how many organizations are considering a bid. 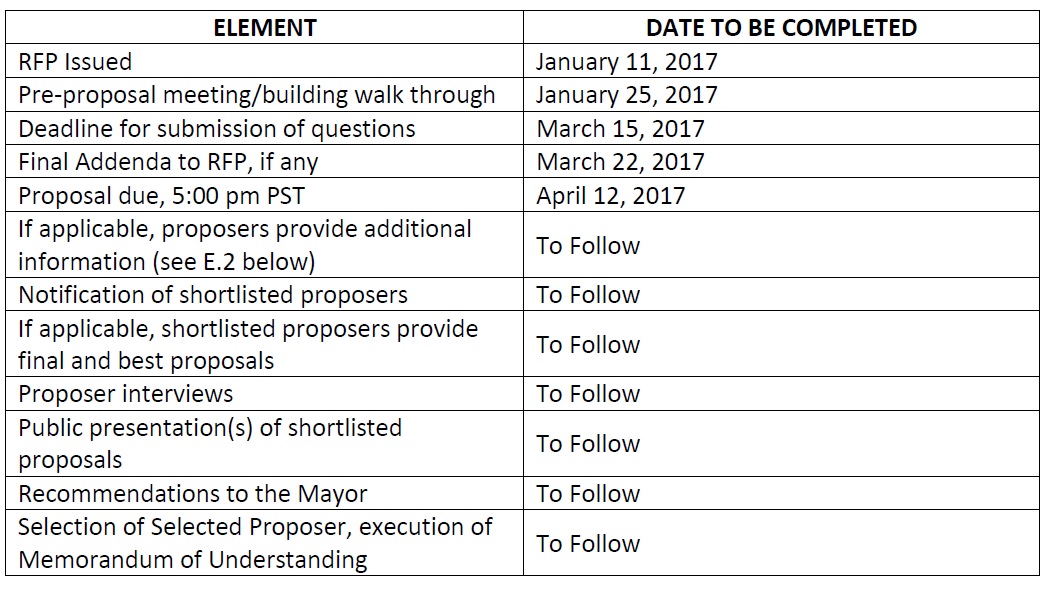 Here’s the city’s FAQ on the RFP.