After several months of work, the Office of Labor Standards (OLS) has published a draft set of rules for implementing the secure scheduling ordinance passed by the Council last September.  Tuesday morning, they briefed the City Council on the rulemaking process and what topics they felt the need to address in those rules. 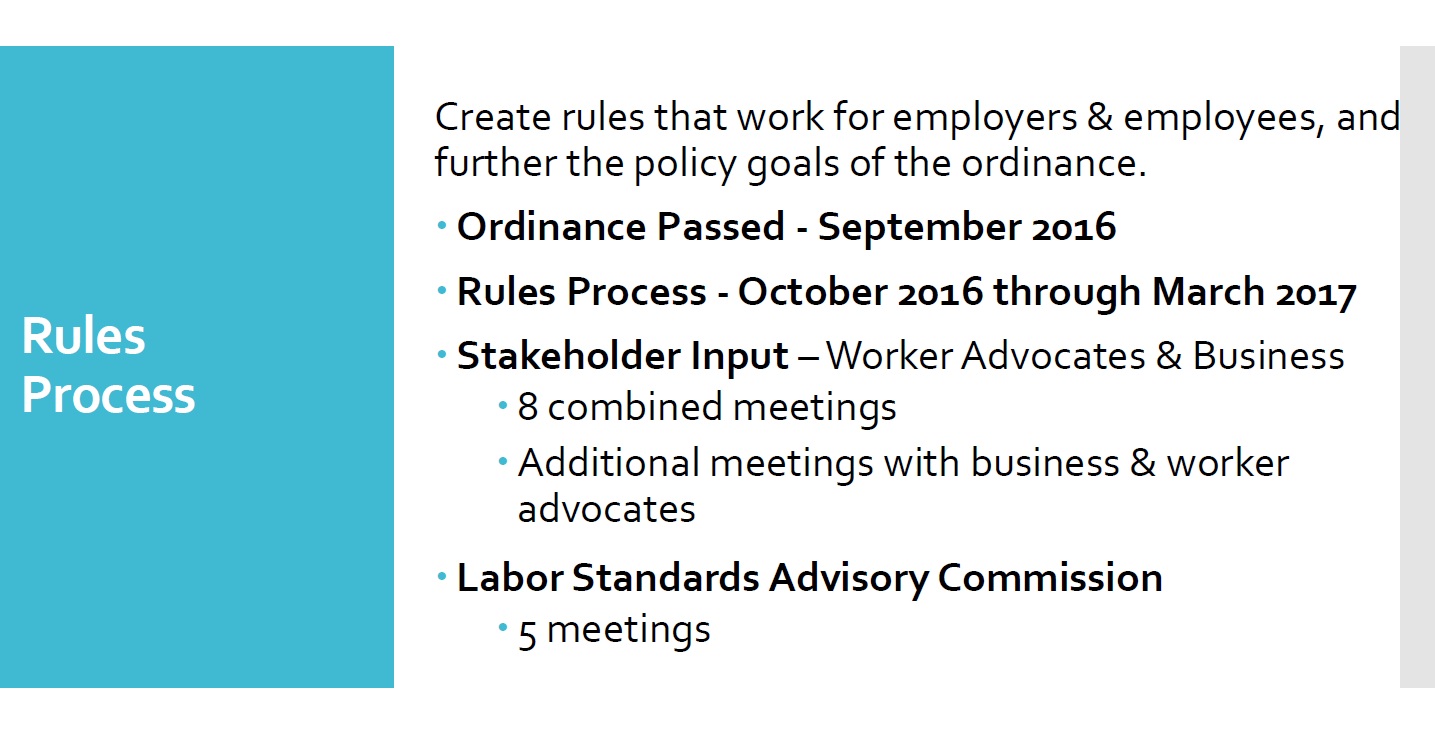 The rulemaking process, as OLS Director Dylan Orr explained, is intended to clarify potentially vague areas of the ordinance and “fill in the gaps” where the Council didn’t specify an exact method for implementing some function. Executive branch rules may not violate the text of the ordinance, not may they go beyond the boundaries as defined by the ordinance.

OLS began that process last October by holding a series of eight meetings with representative of both employees and employers to gather their thoughts on what needed further clarification, as well as recommendations for how to write the rules. It also met with the Labor Standards Advisory Commission, and had many separate meetings with stakeholders who wished to provide input.

Based on those conversations, they drafted and posted a set of rules on their web site. The public is now invited to review and provide comments on those rules. Comments are accepted by email, by paper mail, or by telephone to Karina Bull, who is leading the rulemaking effort. Contact information for all three methods is here.

Here’s a list that OLS provided of components of the draft rules: 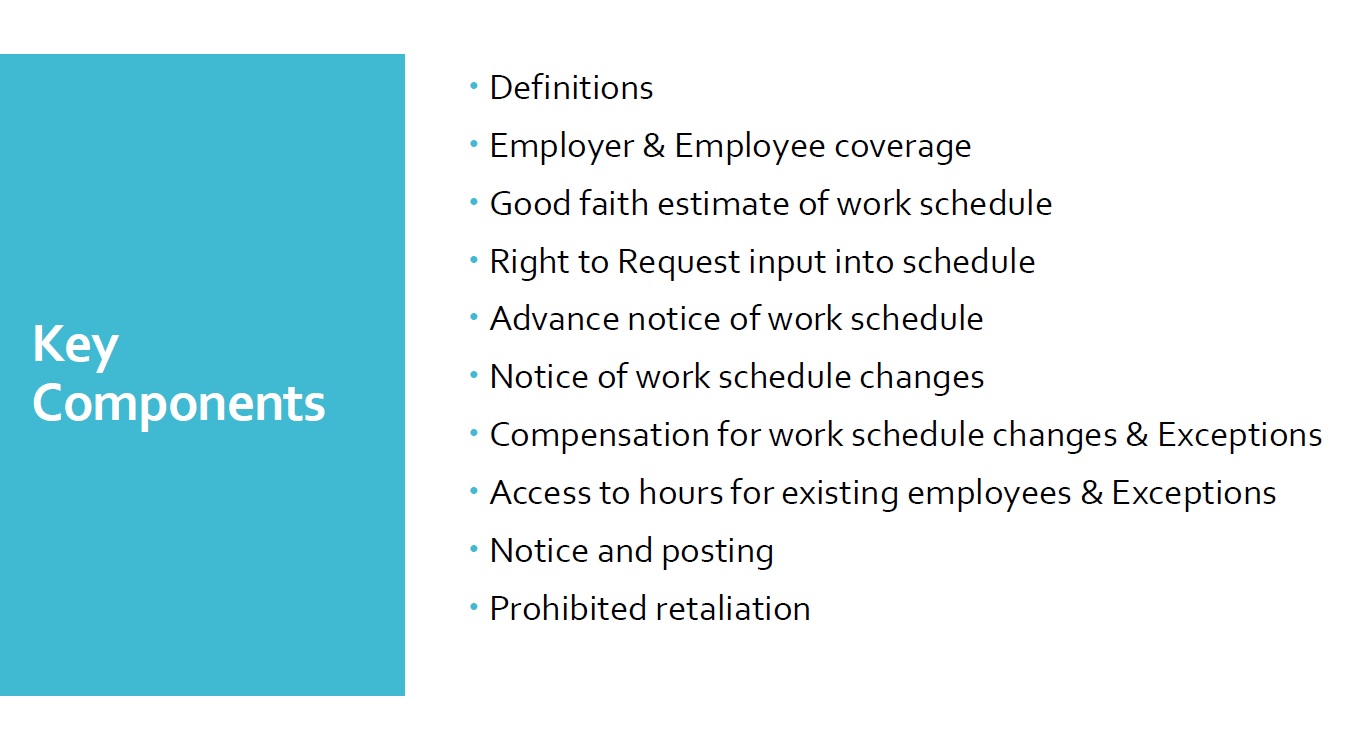 Some of the key clarifications that OLS made in the rules include:

OLS will be accepting public comments on the draft rules until March 28th. They hope to issue final rules by mid-April.