This morning the Council was briefed by the Office of Economic Development (OED) on its progress in drafting an MOU with OVG Partners, the winning bidder for the Key Arena renovation project.

Brian Surratt, Director of the OED, presented a timeline for the rest of the year on the MOU development and approval process. 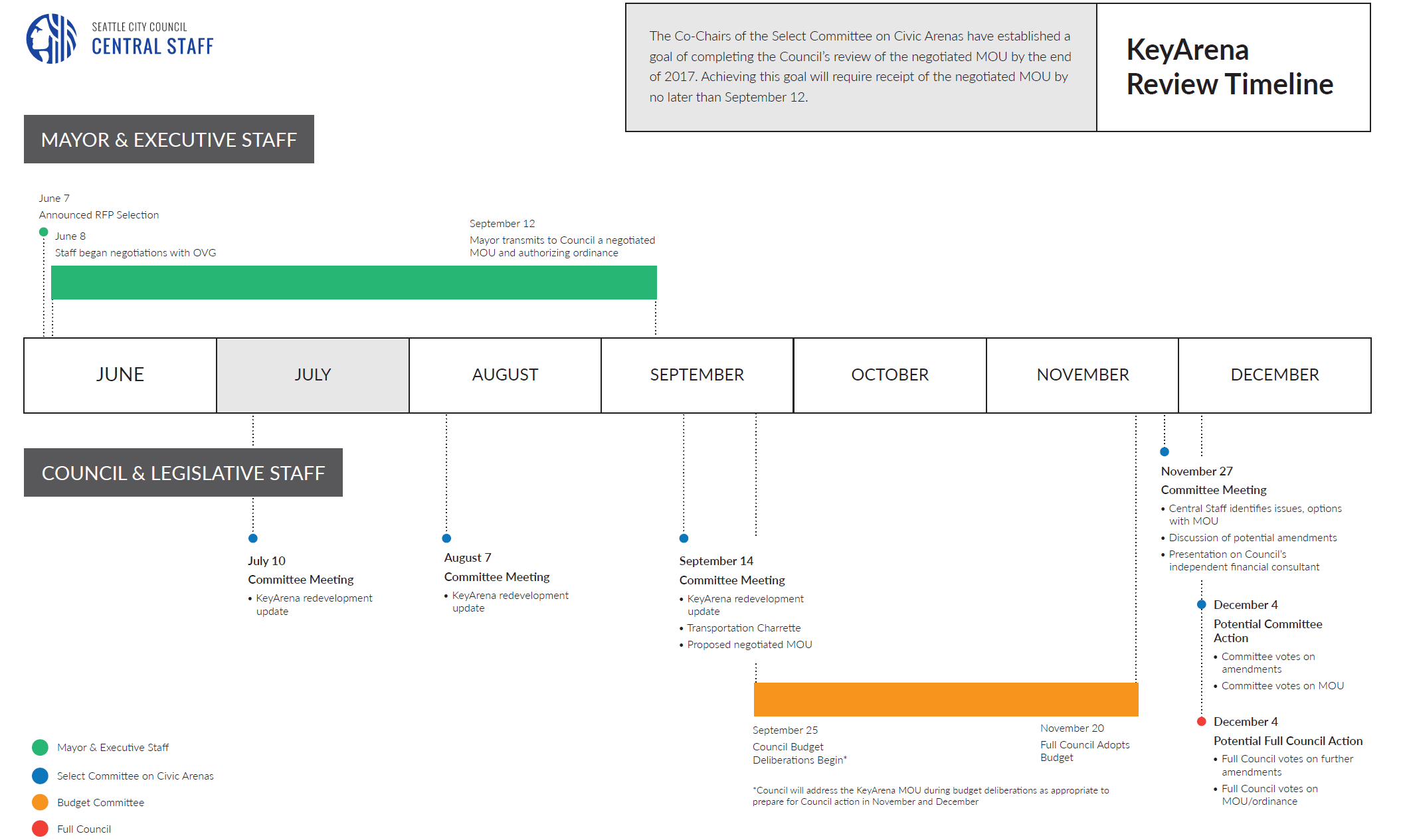 Surratt expects to deliver a negotiated MOU to the Council by September 12. The Council Committee on Civic Arenas expects to meet on September 14th to begin its discussions on the MOU, though it will be interrupted while the Council focuses on budget deliberations between September 25 and November 20.  While they may still have one meeting on the MOU during the budget process, they expect to pick it up again in earnest on November 27, and approve it as soon as December 4.

Surratt warned the Council that they won’t be able to put everything into the MOU, and noted that the all-important Transportation Management Plan will take an additional several months to complete — though they will detail the process for completing it in the MOU.  Burgess observed that there is a tension between what’s in the MOU itself and what is in the “transaction documents” ( the transportation management plan, the lease agreement, etc.) that will follow. The issue is that once the MOU is done, the city loses much of its negotiation leverage. Surratt expects that much of the financial details will be in the MOU itself.

Surratt also noted that there is a hearing set for August 2nd to determine the historical landmark status for several of the buildings within the redevelopment site. Under questioning for Johnson, Surratt admitted that not every building that potentially qualifies for landmark status was submitted for review; Johnson pushed them to submit all the buildings so that they could have clarity on the controls and incentives that will apply to the buildings’ renovations.

Committee co-chairs Juarez and Harrell, along with Burgess, made clear that they are working hard to learn from the mistakes made in the SODO Arena MOU process, In that case, the Mayor’s Office negotiated an agreement that was unacceptable to the Council and had to be re-negotiated. This time, the Council is getting regular briefings along the way, and some of their staff members are part of the city’s negotiating team. 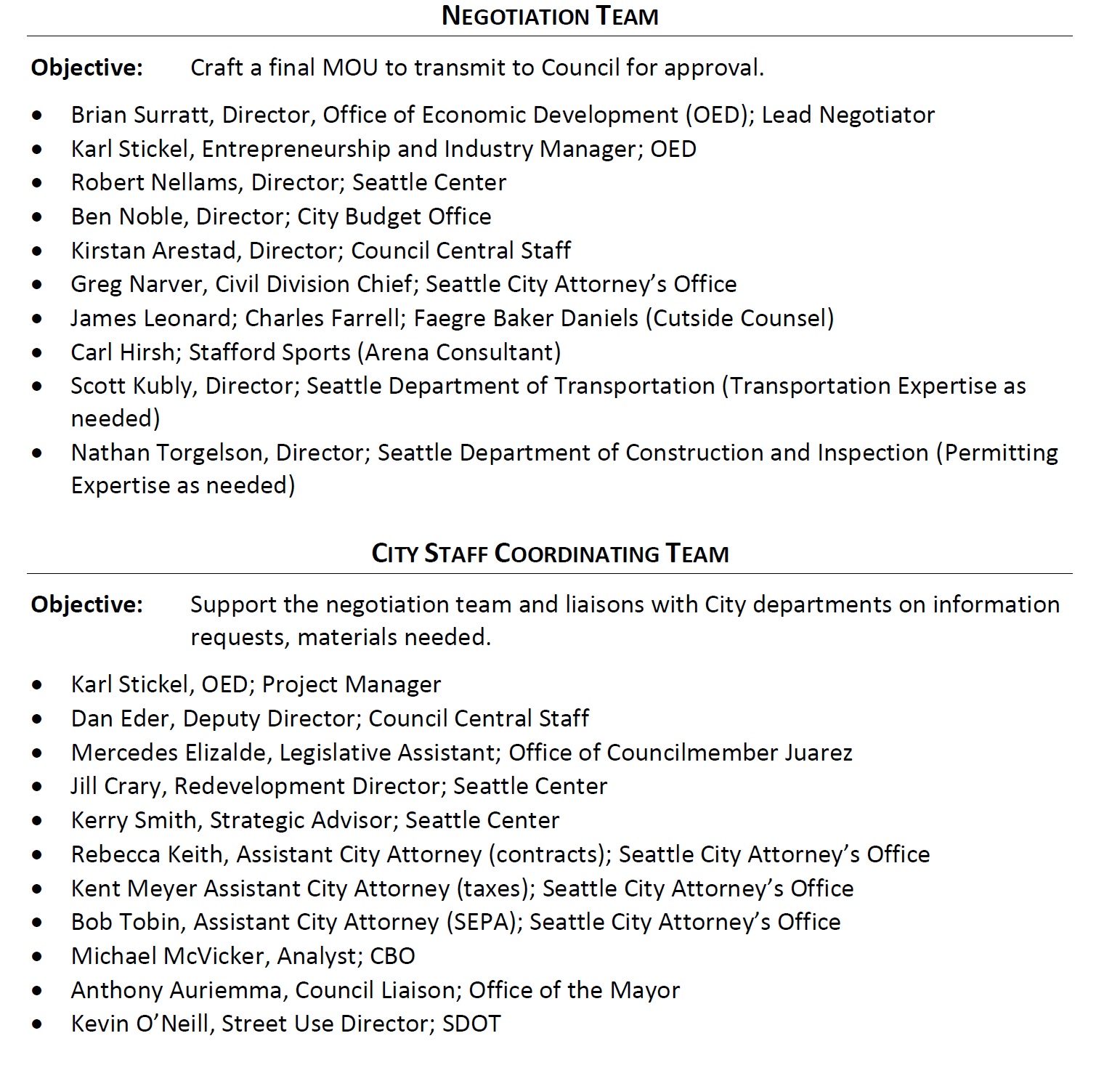 There is also a team specifically tasked with keeping the Council well-informed through the negotiation process.

The city has hired several consultants to provide domain expertise during the negotiations. In addition, the Council is hiring its own financial consultant to give it independent advice.

Hopefully on September 12 the negotiating team will have an MOU that all parties are happy with.

Surratt and Juarez have created a FAQ for the Key Arena redevelopment project. The city also maintains a web site where you can read up on the project (actually two — here’s the Council’s own site).