As I wrote two weeks ago, the City an Bosa Development finalized their agreement on developing the Civic Square site across the street from City Hall. Today the Mayor sent the agreement to the City Council for its approval.

Here is the full 95-page agreement. It calls for:

This is a significant departure from the previous plan negotiated with Triad. That plan envisioned a substantial amount of commercial office space (Bosa’s has none), and that the city would continue to own the property. The Triad plan also had a large public plaza, but it was owned and maintained by the city; under the new plan, Bosa owns and maintains it, and grants an easement back to the city for public access.

Bosa will pay the city $16 million at closing, along with an additional payment of at least $5,700,000 for incentive zoning/MHA charges to go toward affordable housing. While this is less than the $25 million payment in the Triad agreement, they city will save money because Bosa will be responsible for maintaining the public plaza.

There are a few conditions that must be met for the agreement to go forward, starting with the requirement that the City Council approve the agreement by October 1. Also, it’s expected that Bosa will need to either amend the existing Master Use Permit on the property, or file an entirely new one; in either case that needs to go through the city bureaucracy and eventually be approved by the City Council. If the Council doesn’t approve the M.U.P. by December 31, 2019, the agreement is null and void. 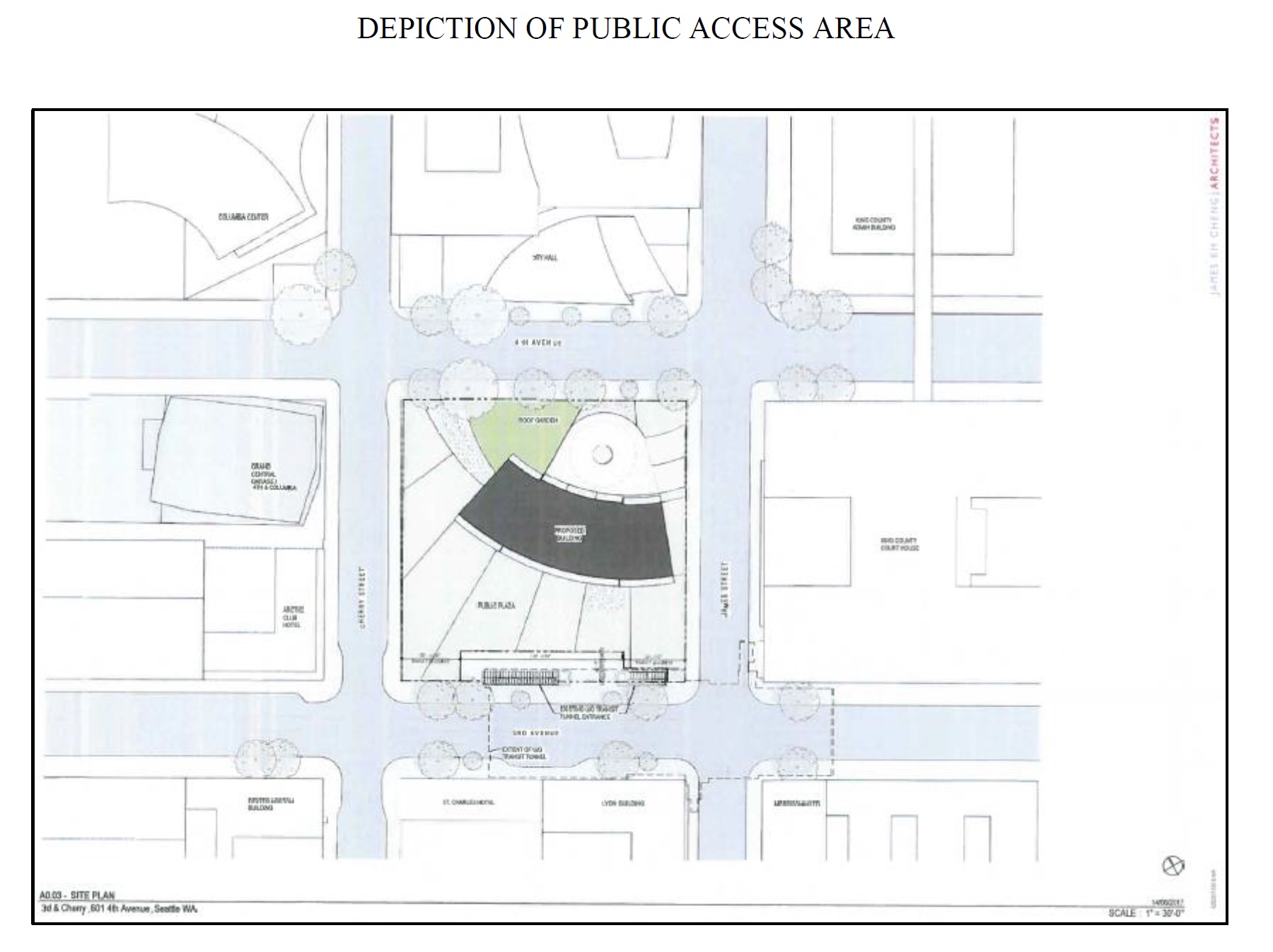 There is a separate sub-agreement just dealing with the arrangements on the public plaza: Notable things it says: 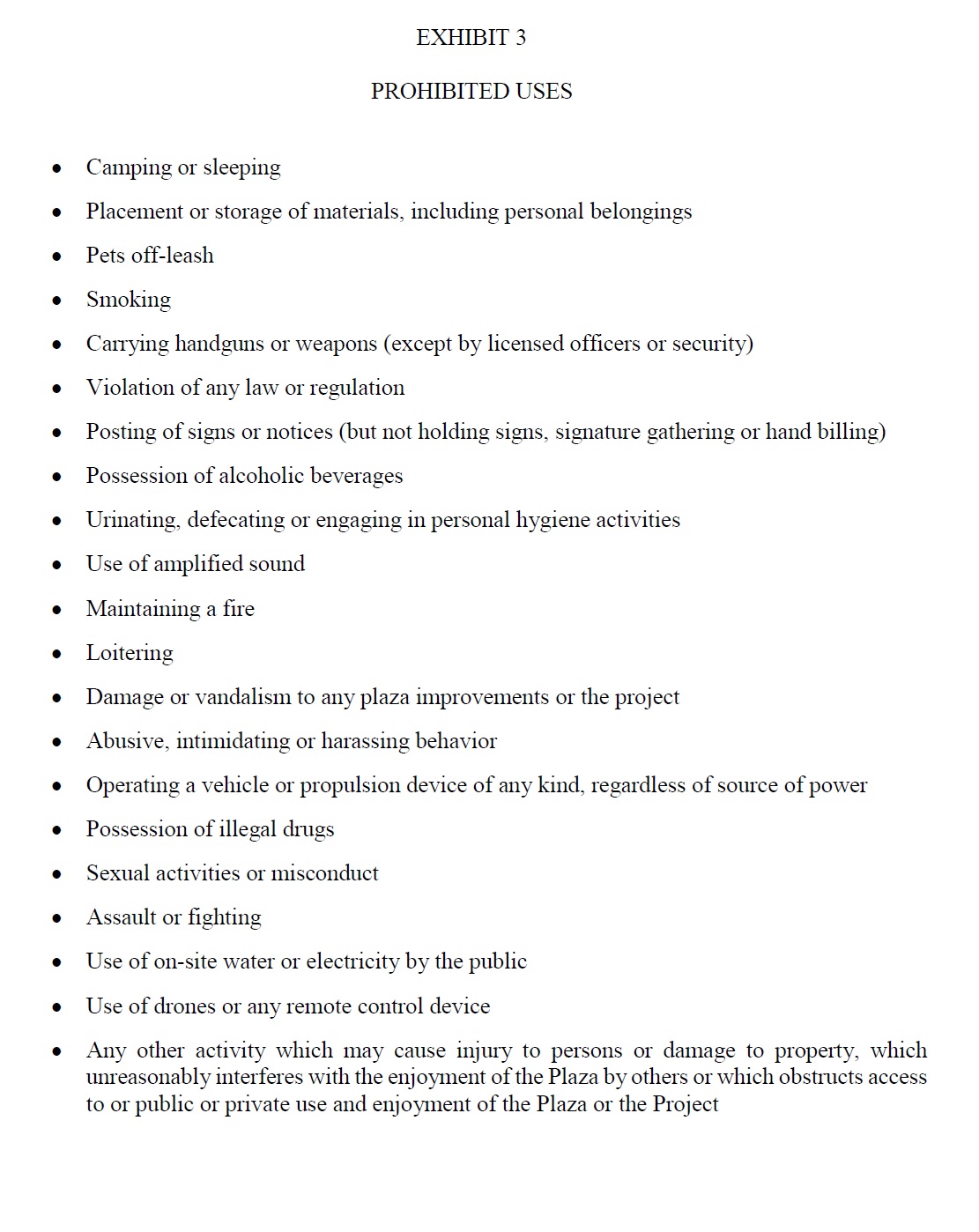 These restrictions will prevent the plaza from being used for unsanctioned (or sanctioned) homeless encampments, and the fact that Bosa, not the city, is responsible for the plaza means that any encampment removal will be Bosa’s responsibility.

The plaza can be used for political protests and rallies (and being right across the street from City Hall, it undoubtedly will), but the city can’t schedule them. And those protests can’t use sound amplification. If activities become disruptive to the tower businesses and residents, then Bosa will be responsible for clearing them.

The agreement includes a target schedule for development. It envisions the new Master Use Permit application filed by January 4, 2018, with a decision by August 6 and approval by August 20. The shoring and excavation permit would be issued by February 2019, with construction commencing within 30 days. The public plaza would be complete by March 2023, and the tower by March 2025. Bosa reserves the right to keep some or all of the plaza closed to the public while the tower is still being constructed, though. Given that the site is already cleared and substantial digging has already been completed, Bosa should save some time on the front end of the project.

The agreement should be officially introduced into the City Council’s legislative process next Monday, and will likely be referred to the extremely-busy Planning, Land Use and Zoning Committee. They will need to work hard to get it reviewed and approved before the October 1 deadline, which coincides with the start of the 2018 budget development process.